Ever wonder what the first “esports” was back in the day? I’m sure a lot of you youngsters nowadays consider esports as competitive team matches such as Dota 2, Counter Strike, Rainbow 6, League of Legends to name a few. Either that or RTS strategy games like the Star Craft series. Well, you are not wrong. In fact, if you look at it, those are the current big names in the esports world.

Back in my day, before the dawn of highly competitive titles such as Street Fighter and even Mortal Kombat, competitive gaming was at its infancy. Of course, with titles such as Super Mario Bros., Pacman, Donkey Kong and heck even Galaga, there is nothing much to do really. Most of those titles I mentioned are single player games.

Of course, the gamers that we are, we cannot avoid arguing with friends and peers on who is the best player, or who cleared it first, or who finished it the fastest. The natural competitive nature of people brought out these things. Then Speed Running and Worlds First were born.

In its simplicity, these are actually just challenges imposed on the player or players to beat something as efficiently as possible. Take speed running, for example, it is a challenge against time. For world first records, it is more like a race on who finishes new content first. There are other challenges such as setting the highest score possible or who finishes the game with as few deaths or possible. 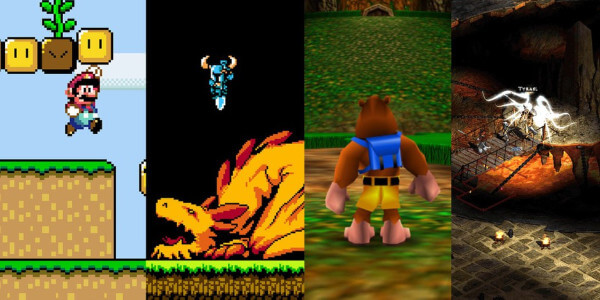 The earliest iterations that I have remembered of the speed runs are rooted in single player titles such as Super Mario and Mega Man. The objective is to finish the stage, level or game as fast as possible. Heck, I even competed in some of these contests when I was a kid, but I always stand no chances against some of the people who dedicate the time into discovering every single tick in the game.

Basically, speed running is a challenge that involves accuracy, timing, mechanical skill, and muscle memory. A lot of these speed runners play the title so precisely that they are able to become so efficient and shave time to make their runs faster and faster.

Now, what are the world first challenges? Pretty simple. These are a set of challenges that are most likely found in games or titles that are updated by their developers or game creators. The earliest memory of the world first challenge I remember was when ID Software issued a contest on who can complete the game Quake 2 when they released it. Sure back then, it was just for bragging rights but a lot of people participated.

Nowadays, WF challenges are heavily rooted in MMORPG titles or newer game releases. It is also mostly being participated by whole guilds instead of single players as most of the WF challenges nowadays are being issued by titles like World of Warcraft and Destiny 2.

Most of them involve raids and raid bosses and the first ones to finish the said new content or DLC gets awarded by the developers with some cool gear and of course a one of a kind title or banner in-game signifying that they are the ones who completed it first. 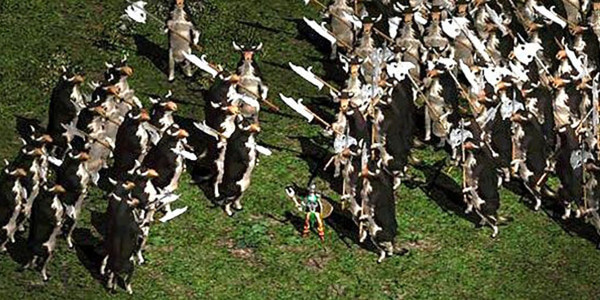 Nowadays, out of all the initial competitive themes in gaming, only the World First and Speed Run challenges are left. Although they are somewhat of a niche market, they are still there. I mean, in the case of WF challenges, I play Destiny 2. Every time Bungie releases a new raid lair, I still go out with my clan and compete and try to finish that raid as fast as possible to get that coveted WF title.

It is the same way with World of Warcraft, every time they release a new expansion, WoW players group up with their guild and join the race on who finishes the new raid the quickest for that sweet loot and the bragging rights.

It is somewhat a different case with speed running. Most of the titles that are famous in the speed running circles are the 2D side scrollers or the Metroid-esque gameplay. Perfect examples of these are Super Mario Bros, Mega Man, Castlevania, and even a newer title Hollow Knight.

Of course, there are a few exceptions as Diablo 2 is also a viable game to be played in speed runs. Other than that, other famous and popular titles are the single-player missions of every new Call of Duty and Rainbow Six game that comes out. 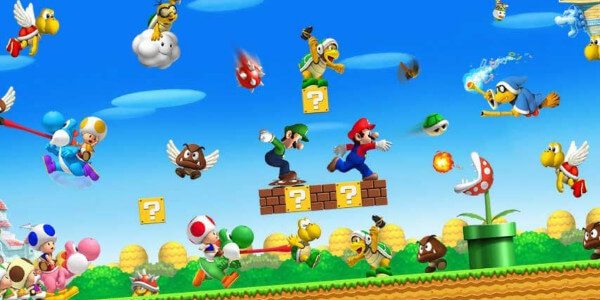 Now to be fair and honest, I do not see a future for world first challenges. These challenges were designed and set mostly in an MMORPG sense, and if in the future those become out of fashion or if developers stop making new DLC or expansions for their current game, there won’t be any new content for people who compete in this to pursue. Currently it is ok since there are developers willing to create these types of challenges, however, it might go out of fashion in the future as it is somewhat boring.

A different thing can be said of speed running though. Most of the titles used in these runs are older titles, titles, and games that stood the test of time. I mean look at Super Mario. That game was released way back in 1985. Now fast forward 34 years, and it still is one of the most popular, if not the most popular title to be used in setting the fastest times and running. I mean there are a lot of competitions and contests and organizations that devote their time in competitive running in general.

Look at Games Done Fast for example. They even have events that span globally to find the best runners and award them something on every event if they clock the best time or if they beat the world record. This, at the core of gaming, will never disappear. There will always be someone faster, much more efficient and be able to beat your time.

Then the cycle will repeat again, and again, and again. After all, it is just one big pissing contest between gamers on who is the best, so it will never, ever disappear. As long as someone wants to compete, speed running will always be there, although it being relegated into a niche market.

See you next time guys! Keep running and good luck!

Minecraft Esports Review – Is There a Hope For a Competitive Scene?

What’s up all my fellow esports fans! Today, I will be talking about one of the more controversial and popular games to have existed. Yes! I am talking about Minecraft! Now, you might be thinking, “Minecraft?! When did that game ever become integrated into esports?! You are crazy!” All of us think that actually. So […]