Real MoneyBitcoin
World of Tanks is a fast growing esport that has many followers. With six-figure prize pool tournaments and tons of professional players and teams, it has become a popular game to wager on. Many online sportsbooks offer betting for World of Tanks matches, and in this article, we will go over what sort of bets are available. There are tons to choose from, and by the end of this article, you should be an expert on every single option!

Our first wagering way is the simple battle winner moneyline bets. You just predict who you think will win and the stakes reflect who is favored. Let’s take an example so you can better understand. Let’s say Apples are playing Oranges. Apples are heavily favored to win. The stake would be 1.1 or -1000 for Apples, while they would be 8 or +700 for Oranges. These World of Tanks bets usually have lopsided odds and are hard to find value on, but they are simply and easy to use and understand. If you want to watch a whole WoT match and simply root for one team, then this is the wager to go for.

The second betting market in our article is the map handicap. In this wager, you must decide on how many maps each team will win, rather than simply betting on a team to win. Let’s take Apples and Oranges again as an example. Since Apples are heavily favored, their map handicap would be -2.5, 1.8. What do these numbers mean? Well, -2.5 means that you subtract two and a half maps from the final map score. So if Apples beat Oranges 3-1, they would lose the handicap bet half to one.

Essentially with a two point half map handicap, you are betting on either Apples to win three to zero or for Oranges to pick up one or more map. These wagers can often have value in them, but are tricky and sometimes very rage inducing. Give this bet a try if you want to put money on a heavily favored team and get good odds, or have a decent chance to win on a heavy underdog.

The third option we will go over in this article is individual battle wagering. You must decide who you think will win an individual map. These wagers often have more balanced odds because one bad move can put a heavy favorite at a disadvantage. Let’s take Green and Blue as an example. Let’s say Green was a 1.3 favorite in match winner money line.

Green would be somewhere around a 1.5 favorite in individual maps because of the somewhat randomness element involved. These options are good when you don’t have time to spectate a full match and prefer to spectate one or two maps instead. These predictions often keep you excited and engaged on the match and are definitely something I recommend you try.

The fourth World of Tanks betting market in our article is First Blood. Here you must decide which team will get the first kill on an enemy tank on a certain map. These options are often considered very random and luck based because you can never tell who will lose their first tank. Let’s take Apples and Oranges as an example once again. Apples may have been heavy favorites in other bets, but in First Blood, Apples would probably be something like 1.7 or 1.8, which is basically even.

This is because of how random and luck based these predictions are. Sportsbooks often have low limits on these bets, and limit them to the more high end showdowns, but if you ever get the opportunity to place this WoT bet, you should try it. It gives you a very exciting couple of minutes, where your forecast is either won or lost.

The fifth and final betting market on our list today is the over/under bet. Here you must decide how long an individual map will take, with the oddsmakers setting a time you must guess whether the match will go over or under. Let’s say the oddsmakers set an over/under of 7 and a half minutes in the match between Green and Blue. Because the longer a match goes the more competitive it is.

I hope this list of markets was able to help you better understand what sort of things sportsbooks offer on World of Tanks because it can be confusing for beginners.

World of Tanks has a big pro scene with many big tournaments. These contests are sometimes hard to track, and if you are misinformed you may not know the best ones to watch. Here we will be going over some of the best and biggest events out there!

The first contest on this list is the World Cyber Arena. With a one hundred and eighty thousand dollar prize pool in 2014 and a three hundred thousand dollars in 2015, this tournament has the largest World of Tanks prize pool to date and takes place once every December. It is part of a huge esports convention with games like Counter-Strike, Dota 2, League of Legends, and more! It has a great atmosphere if you go to visit, with plenty to do so you are never bored.

On its Twitch streams it uses some of the best casters out there like Pansy and Machinegun. They have the top teams and players usually on stage, with many long qualifiers to have a unique mix of young and new talent combined with veteran and proven talent. It’s top finishers take home five figure prizes, which is huge for a WoT tourney. Overall, it can easily be one of the top World of Tanks contests for betting out there, right up with next one on our list.

The second competition on our list is the WGL Grand Finals. It has had a consistent prize pool of three hundred thousand dollars in the last years, which means it has given away an amount just shy of a million dollars. With a qualifying procedure so long that it is its own contest, the WGL Grand Finals only gets the best of the best in this premier showdown.

It has eleven of the fifteen most high paying battles out there, with its qualifiers being the next thing we discuss. The WGL is the most central organization in competitive World of Tanks so far, and the Grand Final is its crown jewel. This event can easily be considered the best and the biggest, with only the World Cyber Arena as its rival. 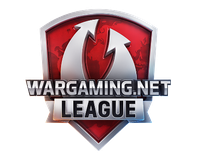 The third thing on our list is the WGL NA/RU Seasons. A league of its own with six figure prize pool, the top places are invited to the Grand Finals along with getting huge rewards. With separate “seasons” in both North America and Russia, this league gives away two hundred thousand dollars combined between the two leagues each year.

That means every calendar year, the WGL gives away more than half a million dollars in prizes. That’s a lot of money for any esport, and especially a small one like World of Tanks. These leagues have qualifiers as well, so that some new talent has a chance to showcase their skill and compete for some prizes along with the more proven players. Overall, these seasons are great regionally based leagues that really expand WoT bets!

Because of how small World of Tanks is currently is as an esport, it is hard to understand which tournaments are the ones worth watching and betting. I hope this part was able to help you understand the differences between the top contests and what the top events are.

Rules of the competitive World of Tanks

WoT is a fun game to bet on, with versions available for consoles and PC. The goal of Word of Tanks is to either destroy all the enemy units or to capture the enemy’s base. I mean this game sounds like it was made to be played by males everywhere. Panzers shooting up panzers? Yes, please! WoT is indeed a fun game to participate and especially play or watch competitively. Now we will be going over the rules of World of Tanks!

First, let us get the basics out of the way. Each team consists of seven players controlling seven different machines. There are three types of tanks: light, medium, and heavy. Each has its own advantages and disadvantages.

For example, let’s take the light one. It can move really fast and is great for maneuvering and speed. However, its strength leaves a lot to be desired. The medium is sort of a best of both worlds scenario, however, it lacks a really powerful feature over the other classes. The heavy tanks are slow and sluggish but pack quite a punch.

Each panzer can be between tiers one through eight, with the higher the tier, the more powerful the tank being. Each team has forty two tier points in competitive play to spread amongst their seven units.

Teams play a best of five, with the winner being the first to win three games. To win a match, you must either destroy all enemy tanks or capture the enemy’s base. Battles last ten minutes each, and if neither squad meets the victory conditions, then the crew with more tier points wins. You add all the surviving tanks tier points together, and if one team has an advantage of eight points they win. Otherwise, the game is replayed. There is a ten minute break between battles, so players can plan and take a break.

Let’s go over some other rules now. Squads must have all seven players to compete and are allowed to carry up to four reserves. You are allowed to substitute players between battles as long as they are on your roster, so you can sub out underperforming or tired players within a match. This is a cool feature that is unique to World of Tanks as you usually are not allowed to sub within a match in other esports.

Mods and other add-ons like skins are not allowed because they might give one team or player an unfair advantage. The map pool consists of the levels Ensk, Ruinberg, Lakeville, Prokhorovka, Steppes, and Himmelsdorf. These maps are randomly picked by an automated system before each match. 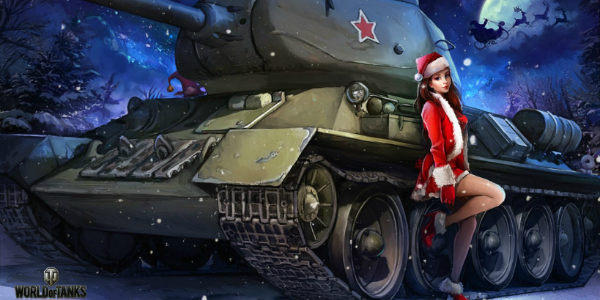 Thanks for reading this article and sticking around till the end. World of Tanks betting is a very fun and strategic process, but it might be tough to understand the rules at first. Hopefully, this article was able to help you understand everything a little better.

Be on the lookout for future articles, as I will write much more in the future! Good luck!