There was a time in the past when Japan released one of its iconic movies ever, Battle Royale. The motif of the movie was set in a dystopian society where high school kids kill each other to get to the last survivor in efforts of culling the population. Heck, Beat Takeshi, the most iconic Japanese actor we have ever seen starred in this movie. And then, some genius modders tried to incorporate it in a video game. Which was actually genius.

Ever since DayZ released its battle royale mod, came sprouting these new BR titles. After DayZ came out, Player Unknown’s Battle Grounds came out. And then H1Z1 followed suit. Then Rules of Survival followed suit. After Rules of Survival, Epic Games launched their own version of the genre, with kid-friendly graphics to boot. And that is Fortnite. Then Activision and the Call of Duty series released Black Out. Heck, even Valve who created the iconic Counter Strike series, came out with their own version of the BR game.

Out of all of them, the most iconic BR games out there currently are PUBG and Fortnite. However, all of the gameplay of these titles look and feel the same. You play as part of a group of 100 people. You get dropped on a deserted island, scavenge supplies and weapons, then try to survive as long as you can.

This is actually just like the high schoolers in the movie. I mean even the shrinking storm cloud that can be found in these games have been taken from the danger zones from the original Japanese movie. Up until now, the gameplay of these BR titles has been grindy and repetitive. Until this particular game released just recently. 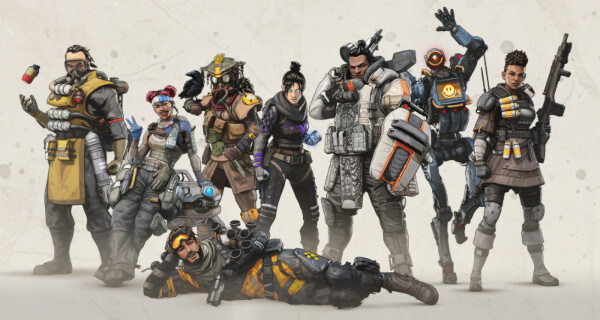 Electronic Arts, the massive game publisher decided to get their hands on the pie and rake in the money. They recently just released a BR title that they and Origin developed, Apex Legends. Now, this title shares exactly the same features as any other BR title in there. You still get dropped from an aircraft, you still scavenge weapons and supplies, and even try to be the last man standing.

What sets this title separate from the rest is the way you are queued up with people. In other Royale titles, you can either play as a team or as a solo player. However, in Apex Legends, you will be queued in matchmaking until you get into a group of three. The default setting of the game is that it sets you into a team instead of giving you a choice. Not bad right?

I mean, in a fight for survival, you always want to be in a team instead of being alone. In the movie, Shuya Nanahara and Noriko Nakagwa actually survived because they formed a team with each other and another character, Shogo Kawada. So Apex Legends is the closest iteration of the battle royale games that we have to stick as close to the original movie.

Aside from that, there are actually brand new additions that is present in Apex Legends that cannot be found in other titles. The introduction of classes is the most major one. This is the first time that a BR game introduced classes in it. Before, you only play as a silent person who is as quiet as a mouse aside from the grunts that you hear when you get hit. However, this is different in Apex.

You can actually choose to become a combat medic, an assault, a support, a tank or heck even a trigger happy tracker. The play style of each of the different characters differs from each another so it actually affects how teams engage against their opponents. It keeps you guessing on which classes the other teams picked and what their team composition is. For me, that is a very good addition to the title as it makes the game much more competitive and much more unpredictable.

The second addition that I have noticed in Apex Legends are the custom emotes, voice packs and even the way the sprites aim their weapon down the sights. This makes each class very unique from each other. Remember when I said that in other BR titles, your character is a silent protagonist? Well, that is because in those games, you play mostly as a solo player and you need to keep quiet as possible.

However, in Legends, you need to communicate with your team as it is set into a team of 3 always. So whenever you mark someone, or you ping a location, your own character will do the action and you will be able to see it in their own special emote or even hear it with their own unique voice pack. 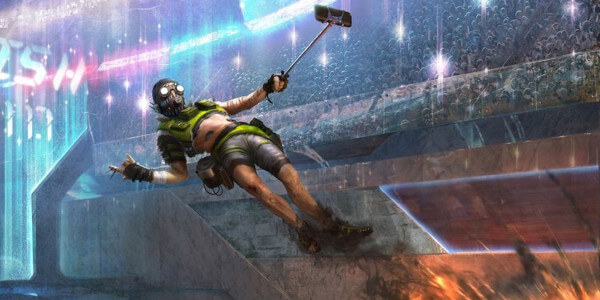 Due to the more competitive gameplay of Apex Legends, this title really lends it well to a much more competitive scene compared to their BR predecessors. I mean, PUBG and Fortnite have been successful as Esports as well but there is too much disparity in those games if you play as a team of 4, a team of 2 or as a solo player.

The solo player will lose to teams 80% of the time unless they are Shroud. However, in this game, everyone is in a level playing field. Everyone has their own 3 man team, whether you queued with friends or solo queued, you will still get into your own 3 man cell. You guys will mostly move in as a unit and kill as a unit.

The second thing that lends itself well into the competitive scene is the inclusion of different classes. Like I said earlier, having classes impacts the composition of a squad. If you always queue up with friends, you will be able to figure out which classes fit well with each other, and you will also be able to figure out strategies to be able to capitalize on these unique classes.

Think of Apex Legends as a cross between PUBG and Dota 2, since each class has their own unique skill and they also play a major role in the squad. For me, this is actually the future of the battle royale titles, and I think it is going to shift in this direction in the future.

Now that we know that it is actually esports viable, we need to know if it has a future in it. And I am happy to say and tell you that it has actually been in on the radar of a lot of esports organizations. I think their first major esports event is the Apex Legends tournament that is currently running in Twitch Con in Germany. I think that is their first major breakthrough in the scene and for sure more will come.

Regarding the esports organizations picking up players to represent them, I have news that Kyoto Esports has just recently been scouting Apex Legends players to form a professional team. I don’t exactly know if their trials have finished or have not started yet but I can confirm that they are in the scouting process because the owner and CEO of Kyoto Esports is a former boss of mine and I still maintain contact with him.

In regards to other eSports organizations, we can just wait and see. But I know for sure that Apex Legends will be the future of the Battle Royale games. I’m sure they will make Beat Takeshi proud.