Hello, all of you hot-blooded esports fanatics! I do have something special for the guys today. I will be talking about some of the hottest girls playing in competitive esports titles in this era. It will feature a lot of names in the CS:GO, Hearthstone and Starcraft 2 since these are the titles that have competitions, tournaments or even events that feature these women that we are talking about.

However, these are the type of women that you should not talk trash to if ever you go against them in a public server, as they will ultimately destroy you. And they have proven that time and time again since they compete in these tournaments as professionals.

So without further ado, let me unveil the list of these beautiful, stunning women pro gamers who can destroy any average Joe in a game and still look hot doing it. 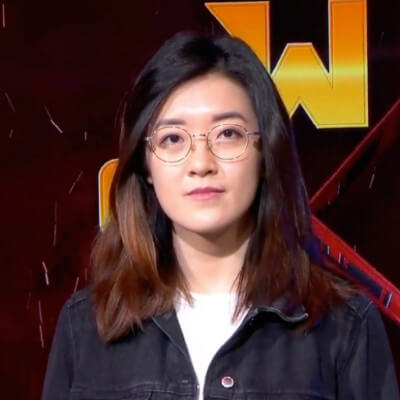 First on the list. There is a reason for that. Jia is a beautiful Hearthstone professional player, as well as a caster. The reason I mentioned her first in the list is that I have a crush on this beautiful lass. She is absolutely a fun one to talk to as well. She is not a snob and actually interacts with her viewers, chat, and followers whenever she streams.

We were in the same team before back when we were in Kyoto Esports. She was a caster back then for Kyoto, while I was a journalist for them. That was where she was picked up by Blizzard for casting duties in lots of Hearthstone Majors. However, she is not only a caster but also a very good player in Hearthstone who actually specializes in playing midrange and aggro decks. 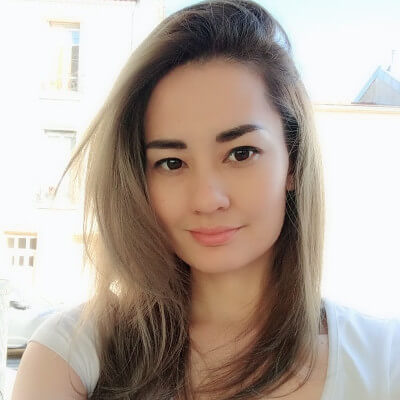 Now here is another HS player that is super hot! Before moving to Paris, she used to live in the Philippines, where her sister works as a full-time model. Now you’re going to say that “Well that’s her sister, not her” and I beg to differ. Between Pathra and her sister, I find Pathra much more beautiful.

That is my own personal opinion but one look at her, and I am sure that you will agree. Unlike her other HS counterpart, Pathra is purely a professional player, although if Blizzard decides to let her cast, it would be a good thing too. Her favorite playstyle is midrange to control and it usually is either a Mage, Druid or a Warlock she is playing. 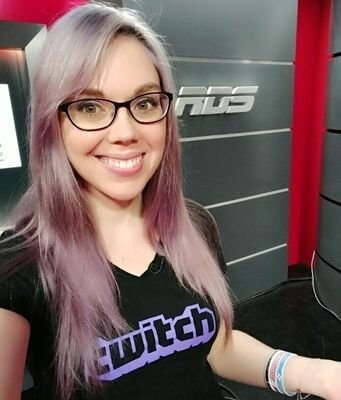 Now we are in the thick of things. Harvey is the first of many CS:GO players that will be gracing this list. If you know by now, I am a very big fan of CS:GO in general, so I am kind of a little biased towards the CS:GO women, that’s why there’s so many of them in this list compared to the other eSports titles.

Now, let’s get back to MissHarvey. She is currently playing for Those Damn Canadians. She has always been an excellent entry fragger back in the CS 1.6 days before her move to the AWPer position during her CLG Red days. She has also graced the roster of a lot of legendary teams in the past, with CLG being one of them. She has been a part of the original SK Ladies, way back in the 1.6 days. 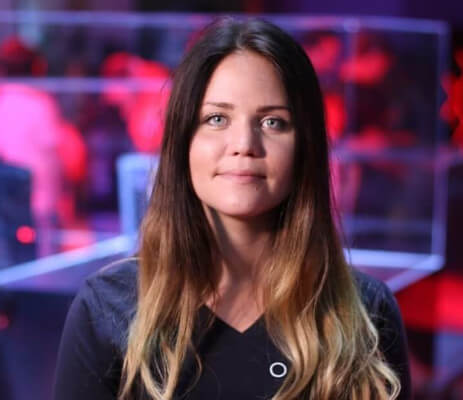 Here is another Counter Strike player that I would not want to go against again. Playing against juliano is a nightmare. I actually played against her back in ESEA when I was visiting Germany back in 2017. She has a really scary rifle accuracy if she gets in the groove of playing. Her raw aim puts her on par with a lot of the dudes who play in the men’s league.

Imagine her being a hybrid of Shroud and NBK. Her aim is that of Shroud’s and her game intelligence is that of NBK. If there are 5 julianos in a single CS:GO team, I am sure that the team with 5 julianos will break out in the CS:GO big leagues where it is dominated by men. I am that confident with her abilities. 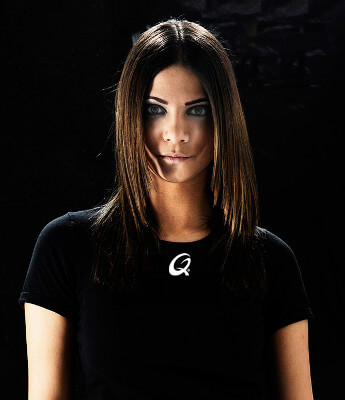 Zaaz is another player that is most likely attached to the hip with Juliano. One does not mention Juliano without mentioning Zaaz. If we are talking about other things, you can relate this as being Juliano’s best friend or soul mate or whatever you want to call it. These two ladies currently are the core of the players who are currently in Besiktas.

They have been one of the most stable Counter Strike roster for a running 5 to 6 years now, and you rarely even see that in other teams, even in the men’s division. Zaaz is the perennial entry fragger of their current team. So if her achievements roster is similar to Juliano, that is of no surprise as they have been playing together for quite a long time now. 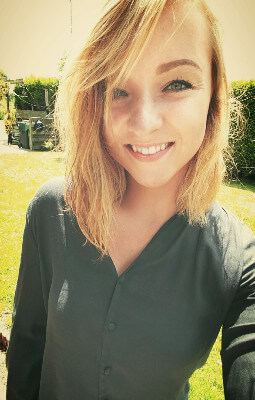 Here is the third cog of the machine that is currently Besiktas. For all of you Counter Strike fans who do not follow the female division leagues, Besiktas currently is the equivalent of the Na’Vi or Astralis in the men’s division. This is due to the core of RES leaving and being signed by the Turkish organization. Petra here is your jack of all trades of the team.

She is very comfortable playing the lurker position, but also plays as an entry fragger sometimes or also an AWPer if they want to run the dual AWP set up. She is somewhat new to the Counter Strike scene, but sitting in between Juliano and Zaaz in tournaments, I managed to catch this brunette beauty. Hopefully, she lasts long in the scene as I do love watching pretty ladies playing Counter Strike. 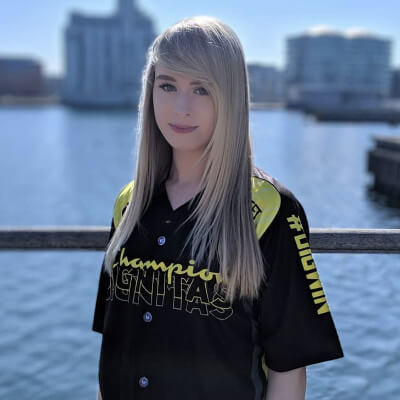 Rain is the last Counter Strike player that will be gracing my list. She is actually the only player in this list, along with MissHarvey that has not been a part of the BMG/Secret/Besiktas line up in the past. However, just like MissHarvey, she has played against them in the past too in the biggest tournaments.

She is currently plying her trade for Dignitas as their Rifler or primary AWPer. For competitions like the WESG, who generally represents teams by their countries, she plays side by side with MissHarvey, another hot girl on this list. 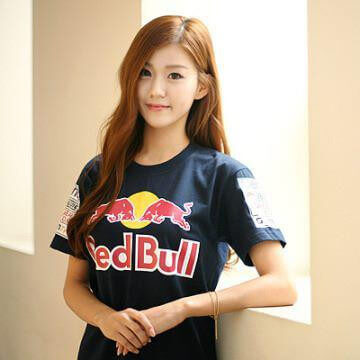 Now here come the APM monsters. If you guys are ever familiar with StarCraft 2 and its predecessor, Brood War, you would know that Koreans are some of the best in the world. This is of no surprise as they have their own leagues in there. The term GOSU actually originated in Korea, which means God Of Starcraft Universe. So we should not be surprised if we see a couple of hot Korean beauties in here.

First of which will be Aphrodite. She is not really known that much internationally in the past due to her being competing mainly in Korea, but she is getting out there right now. She is actually on par with Scarlett, in which she plays practice games with her. She currently plays for the Korean giants, MVP in their Starcraft squad. 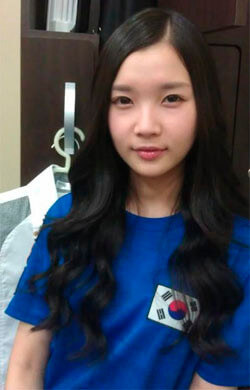 Here we see another Korean beauty. No, she is not the sister of Aphrodite, although they share the same last name. Kim is really a common last name in Korea, and that is where their similarities stop. Eve is a different breed altogether. While Aphrodite prefers playing Terran, Eve plays Protoss. It is completely a different play style if you are familiar with StarCraft 2.

However, Eve actually looks very similar to a pop star in Korea. She is as big as it gets in the Korean scene too, ranking up there with Aphrodite up until she called in her retirement in playing SC2 to pursue a different career, which is casting the matches in their StarCraft TV.

Hope it was wondering journey guys!:) Thank you for staying with me. See you next time! Good luck!

Handicap Esports Betting Explained: How to Pick the Right Bets?

Well hello there fellow gamblers! Today, I will be discussing yet another way for us to bolster our chances of winning when we are placing our eSports bet. Consider this as somewhat a crash course on how to handle handicaps whenever we are gambling. Handicaps, if understood correctly, will be able to generate us more […]