Esports gambling has already come a long way from what it used to be before. Back in the day, when people want to bet on their favorite teams, they would go to the event itself with their friends and try to place their bets against each other. The currency used also varies between just a few dollars to even who gets to pay for dinner or what not.

As time progresses, eSports became very big, becoming a very lucrative business. Gone were the days where the betting was a niche market. Nowadays, a lot of sports bookies have a dedicated section where you can bet on your favorite teams. Aside from those big sportsbooks, there have been a lot of eSports only bookies that popped up on the interwebs.

Nowadays, gamblers got a multitude of choices to choose from, like where to place their bets, or even the currency they use to bet. It is not only cash that is used for betting now, but even cryptocurrencies and also the cosmetic items that you get in the game.

Today, I will be talking about the evolution of the skin betting in eSports and answer the question if it is a scam or not. How it changed the game and just like how fast it became a valid currency, it also disappeared from the scene a few years ago. 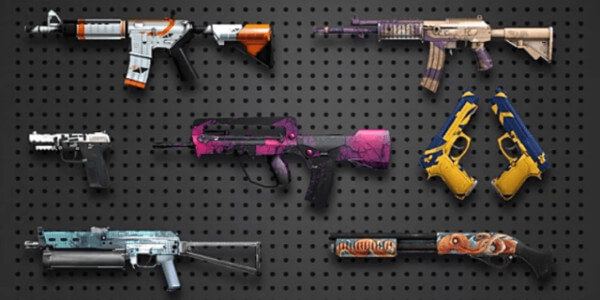 Skin betting started out in 2013, during the time that Dota 2 was released and also the release of skins for the game CS:GO. Back in the day, the only viable option for placing bets was cash. However, this changed when Valve decided to release the skins for these games.

Initially, these cosmetic items did not really carry any monetary value. However, when the introduction of the Steam community market was released, this was the start of these items gaining some form of monetary value in them.

In the early days, the value was first decided by the rarity of the item. For Dota 2, these were Common, Uncommon, Rare, Mythical, Immortal, Legendary and the highest quality, Arcana. In the case of CS:GO, it has these same values although called in different names. These are Consumer, Industrial, Mil Spec, Restricted, Classified and then Covert.

Aside from these rarity values, CS:GO has another basis for judging the value of the said item. This is the quality. Quality ranges from Battle Scarred being the lowest to Factory New being the highest. However, for both of these games, the dollar value it has is being dictated by the amount of keys it needs to be able to unbox these said skins from their crates. The Coverts and the Arcanas dictate the highest value. With the prices of the keys starting from $1.39, this was the start of these cosmetic skins being sold on the community market.

When The Internationals 3 came, this was the heyday of an active skin gambling. Back on this time, betting on the matches with skins means that you deposit the item first, then you get it back with an additional skin of the same quality. This was somewhat of a rarity for gambling.

However, a few people are not happy with this because if you bet a DC Hook, which cost $300 at the time and won, most of the time, you will be getting an Immortal item with far less value than the one you bet with. This enraged a lot of people, then a few of them came together and formed their own esports bookie that accepted skins.

As time passed on, skin betting has been one of the most accepted formats for esports gambling and betting with cosmetics has been the foremost currency being used whenever you want to gamble. It was starting to become an empire and was an unstoppable force in the gambling world, with a few choice items fetching to upwards of $1000.

For example, the guns such as M4A4 Howl, the famed Dragon Lore and also the AWP Medusa fetches upwards of $1500 to $2000 on a Factory New quality. The knives and gloves also fetch a pretty amount, ranging from $50 for the cheapest Gut Knife all the way to $1,300 for a Karambit Emerald Green.

Everything was going well on the gambling scene. People were winning, people were happy with using skins as a currency. Then the scandals happened. First was the iBuyPower scandal that rocked the CS:GO scene. A few players threw the game in a major tournament just because they bet on the other team with skins.

Dota 2 was not safe as well, with Solo from then Virtus Pro getting involved in a gambling scandal just like what happened in the iBuyPower scandal. This was also the start of the 322 meme since the value of the skin that Solo bet was $322. These professionals were subjected to suspensions and some even getting lifetime bans.

Aside from the gambling scandals that involved using cosmetics, there are also a lot of sites that started scamming a lot of gamblers out of their hard-earned skins. These were the sites that saw it as a fast way to get cash from unsuspecting gamblers due to the prices these cosmetics fetch on the third party markets and also even on Steam’s own community markets.

There were instances where some sites would not let you withdraw anything that you have deposited even after you win. Some would even go to the lengths of canceling your account once you hit a threshold amount of deposits and withdrawals.

A lot of these skin betting scam sites would pop up and disappear overnight whenever there is a major tournament that is being played from one of the triple A titles.

Because of this stuff happening, a lot of these gamblers, in turn, reported to Steam since this was the only way that they could think of trying to recover their items due to Steam’s trade logs. However, Steam would not be able to recover the said items for them because it was involved in a third party site, and Steam was not held liable.

Aside from that, a lot of the parents of these gamblers started calling their banks and having the charges reversed, so Steam also lost money out of those transactions. The major target by these scam sites were children, so Valve as a company took action. This became the ban wave of a lot of trading bots in the community market that belonged to these scam sites.

They also set a trade cooldown for a lot of these cosmetics whenever you buy them or even unbox them. Back in the day, you can freely trade these items back and forth multiple times in a day, but now you have to wait for 2 weeks before it becomes tradeable.

Apart from the massive ban wave that Valve did, they started to send cease and desist court orders to the major players of the skin gambling business, for both CS:GO and Dota 2. Couple that with the trade cooldown on the community market, it is a way of the big company Valve saying that they do not support gambling, particularly those sites that try to target minors. Valve has no problem with betting in general as long as you are over 18 and not use their cosmetic items as the monetary currency. 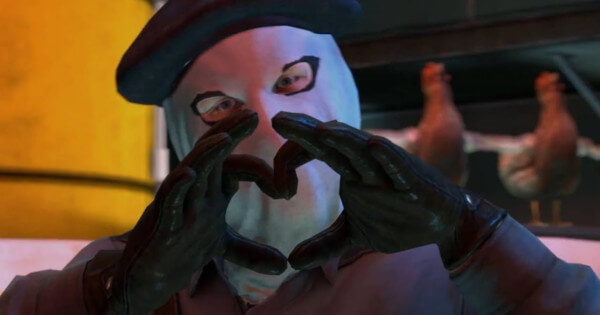 With all the scams that happened during that era, I am actually glad that a majority of these sites are gone. For one, I do not support gambling of minors, especially if they use the money from their parents’ credit cards.

Second, these said scammers actually ruin the image of the legitimate online bookies that try to make an honest business. Even if those bookies use cash as a method of currency, a lot of people still lump them together with those scam sites just because they offer the same matches from the same game.

Like what I have been constantly reiterating from before, always gamble responsibly. Gambling is meant to offer us entertainment with a little profit of some sorts. I gamble myself and I see nothing wrong with it if it is done in moderation.

If you must gamble, however, please try to use one of the legitimate online bookies and also use real money to play and not support these scammers by betting with cosmetic items. And again I repeat, always gamble responsibly. Cheers and good luck!

How to Bet on eSports Matches with Paypal?

Hello, once again gamers and bettors! In this article, we’re going to show you the steps you must follow if you want to bet on your favorite eSports titles using PayPal. In case you’re out of the loop, this is a system that allows cash transaction in between users without the need for a credit […]

Hiya there fellow gamblers! Almost all of us have these little and colorful plastic rectangles in our wallet. Today I will be talking about using your credit card for placing esports bets and also gambling in general. I have received the same question from a lot of you too in Twitter, and today I will […]