Dota 2 fans and people who bet on the matches, I have an awesome treat for all of you! I do have some news about some team shake-ups that happened recently and I will be talking about that. However, the main gist of why I am currently writing is because there are already a few sites who have already put up International 9 odds for the teams that will be competing in the tournament.

If you only want to place your wager on the squad that will ultimately dominate The International 9, then you can skip forward ahead to the bottom of the article and see which of my predictions suit you the best. 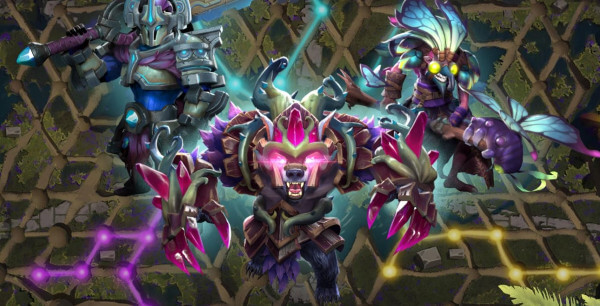 15 Days Before The Internationals, Team Shake-Ups!

Just 15 days to go before The Internationals start! There have been mostly no team or roster changes aside from a few. The first one would be Virtus Pro. There is basically no big lineup changes in Virtus Pro. Actually, they’ll still be fielding the same lineup that they fielded last year in TI 8, down to the last man. The only exception is in leadership inside the roster.

In this edition, the squad will be captained by none other than Ramzes, their almighty hard carry. Solo handed in the reigns to Ramzes so that they can try to take the tourney using a different approach. No power struggles happened between them and Virtus Pro is still as tight as ever. They just needed a new perspective and thus the change in leadership.

This is actually a win-win scenario for both parties since the Chinese roster of Newbee failed to qualify for a spot in the event while the ex-Forward Gaming members would find a home in a new organization to represent them in the event in China. However, this is more likely to be a temporary situation and we still do not know what will happen to the Chinese Newbee roster. We might be seeing a Newbee NA in the near future if Gao Shunxing wants to keep the Chinese lineup. 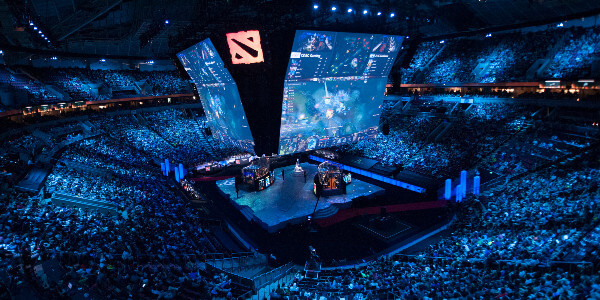 Now that we have all the notable roster changes sorted out, I will go ahead and start with the betting predictions. Since this will be the second edition of TI that has an 18 squad lineup, most likely it will follow the format that was used during last year’s tournament. The teams will be split in the middle with 9 squads each and they will mostly be playing Bo2 matches in Round Robin.

The Main Event will be played in a Bo3 Format and will be double elimination aside from the first Lower Bracket round which is Bo1 and the loser goes home immediately. The Grand Finals, however, will feature a Bo5 match. 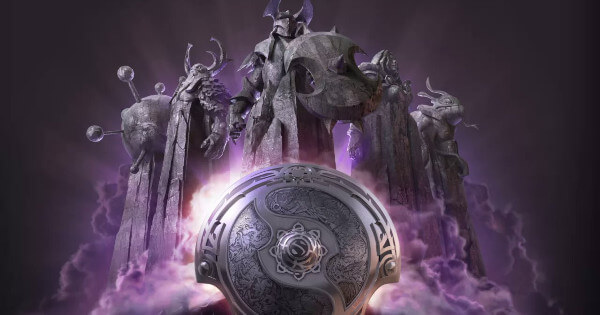 Now for my betting predictions, since the groups will most likely be announced a day before TI, the odds for those would severely be affected. So now is the time to lock in your prediction bets if you want to rake in some money since the odds would not change once you have placed your bet.

Some sportsbooks do lock in the odds you bet on and it will not change when those betting odds fluctuate when the groups release. I will only be picking the most likely squads that will be hitting the top 4 and probably a couple of dark horses that can steal the show if they get lucky. So without further ado, let the predictions start!

My first pick for a top 4 and also a potential winner would be Virtus Pro. If you guys know anything about me, is that I always pick Virtus Pro whenever I have the opportunity to pick them. This is because they are fundamentally one of the most stable lineups in the entire Dota 2 pro scene. Their last recent roster change was about 3 years ago, and have stuck together for a long time after that.

That means they have the team chemistry, the mechanical fundamentals and the strategy to catapult them into higher spots in the list. For the past 2 years, the CIS based squad has been steadily building up their reputation from being a mid table team to being one of the big dogs. I think it’s about time for another CIS based squad to win the Aegis of Champions, as the last time it was in the CIS region was when Dendi and Puppey’s Na’Vi won it on the very first The International.

Next one I will be picking is another big contender for the top 4 and also has a very big chance of bringing home the Aegis of Champions is none other than Team Secret. The Puppey fueled squad has been a top tier lineup since it’s inception and it has never come close to sniffing a spot in the Grand Finals yet. However, that may change this year as they have been very dominating since the Kuala Lumpur Major.

Their most recent Major was like a fluke as they never got the podium spots, but even then with that results, they are still the team to beat for this current edition of the TI. A lot of people will be wishing for them to choke, but if you want a safe bet to pick that will most likely advance to the later part of the Main Event, you can never go wrong with sticking with Secret.

My third pick will be another EU team, which is OG. Yes, you heard me right! I mean who does not want to see a team win the TI back to back? I would for sure. However, that is not the only reason though. While it is true that OG has been horrible post TI 8, that was due to Ana leaving the roster for a hiatus. They tried out ILTW and Pajkatt and it not has worked out well during the early months of the DPC. However, when Ana returned to the lineup sometime during March, that was when we saw the resurgence of OG and started their streak in the DPC to earn a direct invite to the event.

I would like to say that sometimes history repeats itself. Let me refresh your memory. Ana left OG in 2017 for a 1-year hiatus. He comes back 2 months before TI, and guess what happens, they won the whole thing! Now he left for another hiatus post TI, then came back in March. If they win again, it would be definitive proof that history does repeat itself!

My last top 4 pick would be the Chinese squad, PSG LGD. The reason is really simple. Fy God, enough said! I have been a fan of Fy from back then. The dude has been the top Rubick player in the world for years now and even as a support, he is capable of carrying his squadmates on his back all throughout the game. He has done it for both Vici Gaming in the past and for PSG LGD now. With Ame as his hard carry and with xNova as his current support partner, these three dudes will be able to catapult PSG LGD to the later stages of the Main Event.

Now for my first Dark Horse pick, it is none other than the team that is based out of my country, TNC Predator! The reason is really simple. They have been one of the top tier lineups here in the SEA region, while also enjoying a mid to high tier status in the world rankings. However, they do have one more recent addition to their roster. They recently signed the legendary coach Heen, who has led Liquid on their TI 7 win.

With such a notable coach who has been in the top levels and have actually led a team to a TI win, I am sure that TNC will be a squad to watch out this coming The International 9. I mean since Heen was signed during April, he already led TNC to a 5-6th finish during ESL Birmingham and also a top 4 finish during the Epicenter Major just a month ago. And both of those eliminations came from two of the Top 4 picks I stated above, which is Secret and Virtus Pro.

My last dark horse pick would be none other than the TI 3 winners, Alliance. They have recently been up on the rise after a few years of being a bottom tier squad. With Loda coaching right now, he can guide them to probably the later stages of the Main Event as well.

They do have stars in their roster right now, with Micke and qojva being able to switch positions frequently whenever the need arises, and with Boxi being a solid offlane player, I do not see why they won’t be successful in this tournament.

If you have your own betting predictions for the Dota 2 International 9 event, feel free to share them in the comments.

Hello Dota 2 players! In today’s piece, we are going to go over analyzing and discussing one more minor of the start of 2017’s Dota 2 competitive season. October has many events for the fans to watch and cheer for their favorite teams, with 3 minors and 1 major happening, so stay tuned for our […]

Hello, fellow Dota 2 gamers! The 2017 / 2018 Dota 2 competitive season has already kicked off with many great events, including a Major and several Minors with teams from all over the world fighting for qualifying spots and points to get seeded into the next year’s International (TI 8). In this article, we are […]

The best time of the year for Dota 2 fans is fast approaching! The International 7 is right around the corner, and we’ve got you covered in this article with all the information you need to know before you can just sit back, relax, and enjoy the action! Tournament Information This is gonna be the […]