What’s up Counter-Strike fans! The next big tournament is upon us! Don’t know what I am talking about? Well, the next Valve sponsored Major is coming! Ladies & gentlemen, I am proud to announce to you the StarLadder Major and this time we will be playing in Berlin, Germany!

There are two beautiful venues that the tournament will be held in. The first and second stages will be in Verti Music Hall and the main event will be held in the world-renowned Mercedes Benz Arena. The competition will open on the 23rd of August and the finals will be played on the 8th of September. Just like any other Valve sponsored event, this is a 2-week battle with rest days in-between stages.

The winner of the Grand Finals for 2019 StarLadder Berlin will take home a whopping half a million dollars and will also earn a New Legend Status for the next Valve CS:GO Major in Spring.

Today we shall check the list of participants as well as make our betting predictions for the Starladder Berlin Major!

As with any other Valve sponsored Major that has been held in the past 2 years, there will be a total of 24 teams that have been split between three categories.

The first category would be the current Legends. These were the top 8 teams during Katowice last February. These are Astralis, ENCE, Na’Vi, MiBR, Faze Clan, Team Liquid, Renegades and NiP.

The second category would be the New Challengers. There would be 5 teams in here total. These are Team Vitality, Avangar, Hell Raisers, G2 Esports and Complexity Gaming.

The remaining slots were all filled out by squads participating in various regional Minor qualifiers around the world. Mouz, North and Cr4Zy came from Europe. NRG, Furia Esports, and Intz Esports came from the Americas.

Forze, Syman Gaming, and Dream Eaters represent the CIS Region and last but not the least, Grayhound Gaming and Tyloo represent the Asian region. 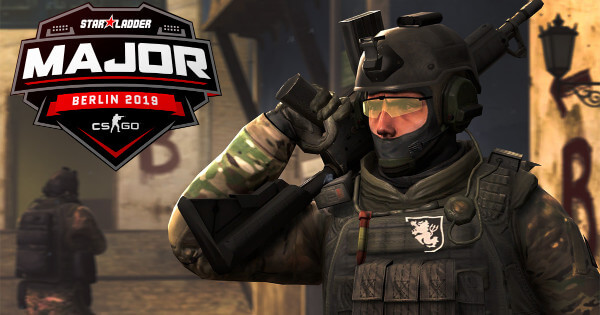 The 6th slot for the New Challengers stage was actually vacated since Cloud 9 will not be able to field the same roster that they have used when they won the spot during IEM Katowice. However, one more spot has been added to the Minor Challengers just to be able to complete the 24 squad roster for the tourney. This will be the first time we will not be seeing Cloud 9 in competitive play as their current roster is not eligible for this event.

Coldzera will also be missing from the MiBR roster since he personally requested to be benched. He might be taking a sabbatical from competitive Counter-Strike, for how long we still do not know yet. Replacing him on the spot will be former Liquid and MiBR coach Zews.

Another squad that was hit with a lot of roster changes would be HellRaisers. With Woxic moving to Mouz, DeadFox and Hobbit in the inactive roster, they have signed Nukkye, Iowel and Oskar recently to complete the lineup. 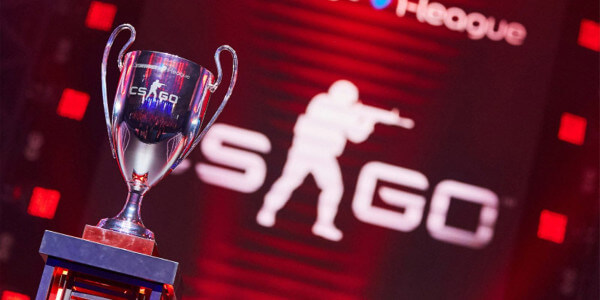 Now for the part that I am most excited about. The predictions stage. Since this is a Valve Major, I will be extending my predictions to 7 picks instead of the usual 4 picks I do most of the time. The reason for this is that there are a lot of squads that will be competing in this event and this is by far the creme of the crop of the competitive CS. Also, I will not be picking dark horses here as I am pretty set with the picks I will be doing since the roster changes happened recently. So without further ado, let’s get on with it!

My first pick would come to no surprise to all of you Counter Strike fans. If you have been following competitive CS:GO, you all know that Stewie and his ragtag crew of Team Liquid are tearing it up in the competitive scene lately. They are by far the most dominating squad out there! They have broken records left and right and have even already started their conquest for the third season domination of the IEM Grand Slam by winning IEM Chicago a couple of weeks ago.

They are currently on a roll with tournament wins in all competitions that they have competed in since April. As an Astralis fan, I have to sadly say that the kings of CS:GO have been dethroned by the squad from North America that people used to make fun of. Liquid is the best team out there nowadays and they are the team to beat.

My second pick would be none other than ENCE Esports. This little squad used to play mostly in the minor qualifiers and would only last till the group stages of the big majors. Things turned around for the better for them when they surprised everybody by getting into the Grand Finals of IEM Katowice. This little team that could then repeated the feat and got revenge on Astralis when they met each other during BPS Madrid, winning the whole event.

That was just a start though, as they have grinded their way through not one but two events where they have reached the Grand Finals and went toe to toe with Liquid. Yes, that’s right! They went toe to toe with Liquid twice this year. Once in Dallas and another, a couple of weeks ago in Chicago. ENCE is starting to become a world-beater squad. Truly a Cinderella story.

My next pick would be Astralis. I am and always will be a fan of the Danes. Right now, Astralis is not in the best spot because they have been missing a lot of tournaments, and the events they join, they fail to finish in the top 2 spots. However, they are still and always will be a squad known for their mechanical abilities and flawless executions.

If they manage to hit their stride in this Major, just like what Astralis normally does, we might be seeing a showdown between the new Kings which is Liquid and the dethroned kings which is Astralis. Boy, that would be a match for the ages if you ask me.

My fourth pick would be NRG. This North American squad has been tearing it up in the scene lately. If you do not believe me, check out their latest records starting from April. They have been a mainstay of every other major and big tournaments in the top 8 lately.

This might be due to their most recent signings in Tarik and then Stanislaw just 2 months ago. We might see the resurgence of North American CS:GO in the works lads! For the past few years, it has been dominated by the Europeans. It’s probably time CS:GO titles come back home to America.

My fifth pick would be Mouz. Mouz has been a strong team in the past. However, they were rocked with a lot of changes recently, hence their non-competition in a lot of tournaments. In the few they competed in this year, which consisted of a lot of minor tournaments, they still manage to hang on to the top 8 spots.

I think their current lineup is capable of pushing them into the later stages of the StarLadder Major with Karrigan, a natural leader leading the way. That way, ChrisJ, Ropz, and Woxic can just concentrate on what they do best, fragging.

For my 6th choice, let’s head over to the Land Down Under. The Renegades are no stranger to high tier CS:GO. Time and time again, we always find them slinging it up with the big boys and at times manage to even dominate them. Also, there are times that Gratisfaction looks like a CS:GO god who descended from the skies above and shows us mere mortals on how he aces a whole team defending a bomb site while he is on the retake and still manage to defuse it.

If ever Gratisfaction gets to this rhythm again this coming StarLadder Berlin, I am sure that there will be a ton of memorable plays that we will be seeing again from the handlebar mustached rifler /AWPer from Australia.

My 7th choice would be G2 Esports. This is actually a long time coming for the squad known as G2. This French team has been the backbone of the CS:GO community and the scene itself ever since CS:GO released. I mean, who does not know of KennyS? They have been very close a lot of times recently in winning a Major, but they had to go up against Team Liquid.

We all know what happens when you go up against a Liquid that is running like a well-oiled machine. This second half of 2019 has shown us that G2 is still a relevant name in the competitive scene and they have proven it in the past few Majors and Minors they competed in.

My last pick would be the other half of the French CS:GO revolution, Team Vitality. NBK and the crew share the same story as that of G2. Reach the final stages of a tournament only to go up against a stone wall as huge as Team Liquid. The players for Vitality used to play for EnvyUs and also had stints in G2 itself, like NBK, Apex and even RPK.

These three players are currently the core of Vitality, and they are the clock that keeps this team ticking and moving forward. They say that fortune favors the bold, so if Lady Luck decides to pull the odds in the favor of the Frenchies, we might be seeing semi-finals with both French and American squads. G2 and Vitality on one side, NRG, and Liquid on the other. That would be so exciting!

If you have your own betting predictions regarding the outcome of 2019 StarLadder Berlin Major, share them in the comment section below.

Well, well, well. What do we have here? I am glad to announce to all of you Counter Strike fanatics that the coveted Blast Pro Series is back at it again. This time it will be held in the wonderful city of Sao Paulo, Brazil, which is the home country of MIBR. This prestigious event […]