Most of the time, betting, trading, and skins come hand in hand. With that said, some established sites like BetWay, which deals with real life sports also offer esports where you can bet using real money or crypto based currency. This is where electronic sports and crypto merge and there are some brave souls who took the idea and started their own ICOs with their own platforms to match with it. Today I will be highlighting a few of those coins and if they are worth to invest or not.

This is one of the new ICOs that specialize in trading, buying and selling skins and also in esports betting. They are currently being used as a currency on Steam Trade Network which is a buy and sell market for games like Dota 2, CS:GO and Team Fortress 2. The coin itself has been released as well in exchanges like EtherDelta and Mercatox. Currently, the price per SkinCoin is around $0.02 per coin.

It has a current market cap of close to 2.5 million in USD with over 88 million coins in circulation. With this type of information, only time will tell if SkinCoin will really be successful in the future since they actually have already launched a market where their coin will be used as currency. Now all they have to do is push and advertise that site so that more and more people will use it.

Dmarket is a newer beast that is being established right now as a very big market place that will actually merge all of the gaming platforms and consoles making the items and skins easier to trade around. From their perspective, they want to make items being tradable on cross platforms, be it on PC, Xbox, Wii or Playstation.

They are also talking to big developers like Riot, Steam and Blizzard to name a few as they want people to have an ecosystem where they can trade, speculate and transfer items with ease and safely between platforms. If this project launches successfully, it will become a force to be reckoned with as they will be the first company who will be able to merge all these platforms and games, thus giving us more access to the skins that we really really want. 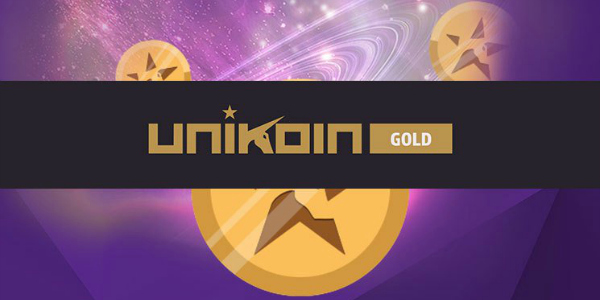 Unikrn just announced its own ICO a month ago. This is a betting site that caters to most of the esports games and actually uses its own coin, Unikoin. You are eligible to earn coins here in UniKrn by just linking your game accounts and just play matches. They provide raffles too and you are eligible to win various prizes from skins to game cards. They are also a fully regulated and licensed sports bookie so that is a very big plus for them. Currently, they offer match betting on games like League of Legends, Overwatch, Dota 2, CS:GO, Rocket League, Hearthstone, StarCraft 2 and Heroes of the Storm.

They have been featured in various publications as well like The Wall Street Journal, Fortune 500, The New York Times, CNBC and Forbes. Being featured in publications like those is nothing to scoff at, as they are one of the well-known and publicized ICOs out there. The investors they have on board are also something to be amazed of as they have a few billionaires on board.
Their lead investor was an angel investor in social media magnates Twitter, Snapchat and Instagram. Others include the media tycoons like Shari Redstone who is a majority owner of media companies Viacom, MTV Networks, BET, CBS Corporation and the film production studio Paramount Pictures.

Another media tycoon is Elisabeth Murdoch, who is the daughter of Rupert Murdoch, a media mogul and CEO of various companies like News Corp, 21st Century Fox and Fox News to name a few. Ashton Kutcher, the actor, and entrepreneur is also involved in this project. Now the biggest investor that they have is the one and only Mark Cuban, who is known to own a lot of tech companies and is also the owner of the NBA team Dallas Mavericks.

Since UniKrn has its own coin and is being used right now on site, I think it will be the future of esports betting since they almost have everything that you can ask for on a betting site. They even have Unikrn TV where they stream the large events so you do not have to go far to watch the matches that you bet on. They feature news from very big teams as well from all the media events that they go to. They also have featured interviews on the who’s who of the esports players from games like Dota 2, League of Legends, CS:GO and StarCraft 2.

Now, with all that said and done, the esports ICO that interests me the most is Unikrn. It has the largest media traction out of all the three and is the one most likely to surpass the other two. It is the one to fail less likely since they have managed to already raise 10 million USD and are planning to hit the 100 million USD target with their UnikoinGold crowd sale.

We all know that it is more likely to sell as well because brand names sell. Kutcher and Cuban are brand names and known by a lot of people and they will most likely be the face and the driving force of the company. I also think they will succeed because of all the backing that they have from all of those famous investors and also the media traction that they could all pull.

Not to mention that they have already set foot on the esports foregrounds and are actually showing up on major LAN tournaments and live stream events on their own Unikrn TV.

See you next time, bye for now! Good luck!

Hello eSports and gambling fans! In this article, we’re going to discuss and analyze some strategies you can employ while betting on eSports matches. Before we head on, a few things to keep in mind: Only bet with the amount you can afford to lose! Don’t go broke wagering on your favorite teams or players […]

Hello, there fellow eSports fans! Today, we are looking at Fortnite’s eSports scene and the future plans that they might have in the scene. Esports has been a rising market in the past few years. It is a billion dollar industry actually, and Fortnite wants in on that slice of the pie. That means more […]