Today, I have something that I need to talk about. This topic affects all of us esports fans, whatever game you might like to watch in your free time. Be it CS:GO, Dota 2, League of Legends or even gamers from the mobile gaming community. This affects us all.

So what I am talking about is this new global pandemic that is currently affecting the world. Covid-19 is a strain of the already existent coronavirus found in cattle. So, how is it really relevant to today’s esports?

Well, it does impact the current esports scene in a pretty major way. If you want to know how it currently is impacting the competitive gaming right now, and even some time in the future, stick around and read below as I will be discussing how this new virus affected the gaming scene. 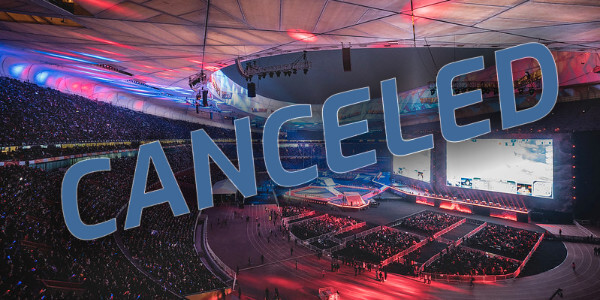 So the Covid-19 gained traction sometime during late February or even early March. Typically, those months are the busiest for two of the biggest games that have a very active esports scene. These triple-A titles are Dota 2 and Counter Strike: Global Offensive. During the month of February, there was a really big CS:GO tournament that happened in Katowice. That was during the tail end of February, leading to the month of March.

Also, if you remember correctly, I did mention a lot of tournaments that were going to be happening during March. There was the prestigious ESL ONE series in Los Angeles for Dota 2, which was actually the third Valve Major. This Valve Major was supposed to happen from March 15th all the way till March 22nd. This event had a million dollars in prizes up for grabs including 15,000 DPC points that were supposed to be distributed to all the competitors.

Aside from that, there was also a tourney during this March for Valve’s shooter game, Counter Strike. That was another ESL event, which was the ESL Pro League. The ESL Pro League was going to start on March 16th and will last up until April 12th, which is a pretty long event, to be honest. This tourney was going to be held in Denver, Colorado.

These were the two events that got hit right when the Covid-19 outbreak started during the second week of March. The airports became hot outbreak zones as well as the two major cities that these tournaments were supposed to be held in, which was Los Angeles and Denver. These two tournaments have been canceled indefinitely. We still do not know when these tournaments will resume, or if they will even resume in the next few months. 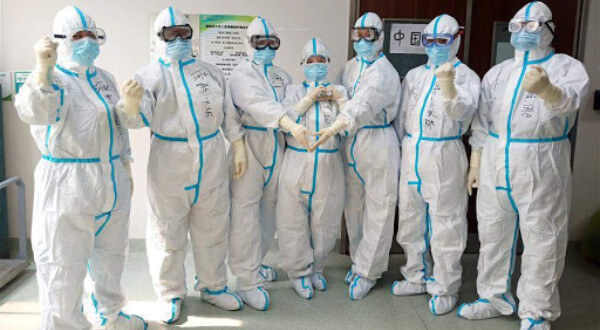 So, what are the after-effects of this new global pandemic on our much-beloved esports scene? Well, I already have a few scenarios in mind. For starters, as I mentioned above, when the Covid-19 outbreak happened, two major tournaments have been canceled right away, which was a Valve Dota 2 Major and one of the Intel Grand Slam events for CS:GO.

The immediate after effect of that would be to push the calendar for those yearly events to be moved up until the global pandemic ends. When it will end, we still do not know, but hopefully, this blows over sooner rather than later.

If the pandemic dies down in the next few months, we might see The Internationals happen around the late fall season or early winter months instead of the usual summer months. The same can be said for the CS:GO counterpart which is the IEM Grand Slam.

That was the best-case scenario if it ends in a few months. However, the worst-case scenario would be if it does not die down sooner but rather later around the year. That would mean that there are no prestigious events that will be happening this year. Aside from that, there might be no tournaments either for next year if this plague does not die within this year.

Now aside from the events that will be surely canceled, and the whole calendar year of the various esports scene hanging around waiting for this to blow over, let’s talk about what will happen to various organizations and how the tournaments will be set up in the future after all this blows over. For starters, we still do not have a clue regarding which of our favorite players contracted the virus or who did not. Let’s all just hope that our favorite players or teams stay healthy so that we still would be able to see them play in the tournaments.

Now that’s the first part. The second thing is that, will these gaming organizations still keep their doors open for an extended period of time if there are no tournaments to join. No tourneys = no prizes to win. That seems hard since if there is an extended period of time with no events, how are these organizations going to keep playing the players? I mean not everyone is OG who won back to back Internationals with all the prizes it brings. So I think a lot of these smaller teams will suffer and might close down. Hopefully, they recover.

The tournaments will most likely be affected as well since with fewer teams post-pandemic era, there will be fewer tournaments. Fewer tournaments mean fewer prizes, which also means the esports scene becomes a little bit stagnant. Hopefully, that won’t happen, but in the unlikely scenario that it will, it will be like going back to the early part of the 2010s when esports was just starting.

Surely though the prestigious events like The Internationals and the IEM Grand Slam will still survive, including the counterpart of the TI for League of Legends since those are being sponsored by big companies, but for other smaller titles like Fortnite and PUBG which are not really that established in the scene yet, they will see a considerable dip in the participants for their events for sure.

Last but not the least, it will be affecting us, viewers. The post-pandemic events locations might be stricter when admitting people in, so it will be harder for us viewers to be able to support our teams if we are not in tip-top health. Not just the events but the governments of where these tourneys will be held in will surely be stricter.

For sure, visas will be harder to get or acquire and there will surely be stricter protocols being placed in the airports to prevent another pandemic like this. But looking on the bright side, if we ever survive this, I am sure that the gaming community will band together and will flourish again just like what happened in the past when the scene was just starting out.