There will be a new tournament for Dota 2 this coming March. It will be 2020’s second Valve Major. It is none other than the prestigious ESL One. This tourney will be held in the sunny city of Los Angeles. This will be a 7-day event which will start on March 15th and will end on March 22nd. It will feature a million dollars in prizes as well as a total of 15,000 DPC points to be distributed to all the competitors for the event.

Since this is a Valve Major, ESL One will also be awarding DPC points. The winner for this tournament will get a third of the prize pool, both in cash and in DPC points. The champion will go home with $300,000 and also 4,850 DPC points to go towards their qualification for The International.

Let’s check out the list of participants and propose our betting predictions for this ESL One Los Angeles Dota 2 event! 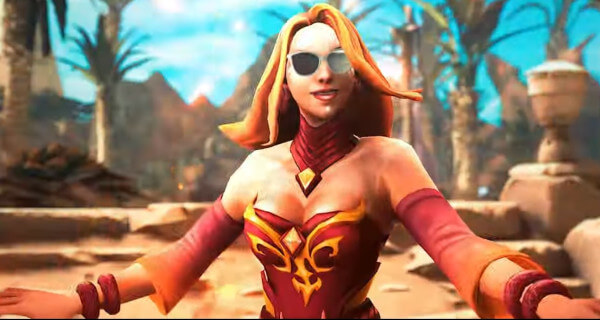 There are a total of 16 teams that will be competing at this event. There will be 3 squads from the EU, China, and South East Asia regions. CIS, North America, and South America each get 2 spots, and the final spot will be reserved for the victors of the Minors in Kyiv.

The squads who represent the EU are Secret, OG, and NiP. iG, Royal Never Give Up and E-Home will be representing the Chinese region. Fnatic, Geek Fam, and Adroit will be the representatives from the SEA region.

CIS will be represented by their powerhouses, Natus Vincere and Virtus Pro. Evil Geniuses and Chaos Esports Club will be representing the North American region, while Thunder Predator and Beastcoast represent the South Americans. Last but not the least, is going to be the winner of the Kyiv minor, Team Aster. 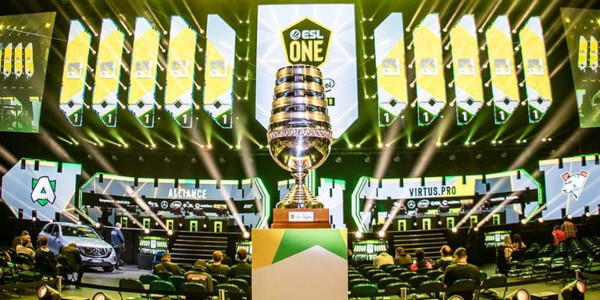 This will be a very big tourney so my predictions section will be somewhat big too. I will be picking the top 4 most likely to win the tournament. Aside from the fan-favorite ones, I will also be picking two dark horse candidates.

There are a lot of big squads that are not included in this roster of teams. Some squads have also somewhat overhauled their lineups such as OG and NiP so this will be an interesting major for sure. So without further ado, I’m gonna go ahead and start with my predictions.

So to kick things off, the most likely winner of this tournament will be Secret. They have won the most recent Major last January. Aside from that, there’s no Vici Gaming or TNC Predators in the list of competitors that will mostly cramp their style. During that event in Leipzig, they only lost one game on their way to the playoffs.

They also only dropped a single game during the playoffs to secure their spot on the Grand Finals. Overall, Secret has been showing some very impressive displays that are noteworthy. Matumbaman has adjusted well and is playing well, and I think that will be a big factor for them securing a secondary Major win.

The second noteworthy candidate for a Major winner will be none other than Evil Geniuses. The other Grand Finalist during the Leipzig Major. After securing Abed from Fnatic and Ramzes from Virtus Pro, EG was a little bit on the rocky side post TI shuffle. But it seemed that 2020 might be a very good year for EG since they have recently been performing well on tournaments. The loss of Sumail impacted them a lot but Abed has filled that role for them.

Ramzes has also become a very suitable replacement for the spot that s4 vacated in the offlane. Aside from that, the tournament will be held in California, which is EG’s bastion. For sure, their fans from North California will surely make the drive south to support them. Think about a home team advantage on this one.

The third squad that is also a fan favorite is OG. The current 2 time defending Dota 2 Champions is still a favorite among fans! Surely they lost three of their core players who won those championships with Ceb stepping down from the squad, Ana taking another extended break and Jerax ultimately retiring from the competitive scene, but they have already found suitable replacements for those players. And when I mean suitable, means they are top of the line players! They signed Sumail to replace Ana, MidOne to replace Ceb and Saksa to replace Jerax.

The first two players I mentioned actually used to play on the two squads that I mentioned here in my predictions. Although these two players will be playing new roles, I think that they will do well on those new roles anyway. MidOne used to play mid for Secret and Sumail used to play mid for EG before. Since Topson is occupying that spot, surely Sumail will still flourish playing in the safe lane and surely MidOne will be able to adjust well in the offlane. Only Saksa will be the new player who will be playing in the same role as a support counterpart in NoTail.

The final squad that I think will be able to win the Major will be the Chinese legends, Invictus Gaming. The ex TI winners will be a force to be reckoned with this coming ESL One event. They recently placed well on both the 2019-2020 Valve Major events, with them coming 3rd in Chengdu and then coming 5th in Leipzig. They have already accumulated a lot of points to be able to secure a direct invite to TI 10 this year.

With the missing out on TI 9, I am sure they will do their hardest to be able to secure an invite for this year’s edition. This was solidified when they signed Kaka during the post-International shuffle. With Vici Gaming missing from the list of competitors as well, iG will have an easier time securing an Upper Bracket spot. That is unless they get grouped together with Aster, which is somewhat their kryptonite.

Now for the dark horse competitors. My first dark horse pick will be none other than Team Aster. If you look at past records, teams who secure a spot in the Majors through a Minors tournament always places well and even finished in podium spots. Aside from that, Aster is one of those Chinese squads that have a lot of quality players in their lineup.

They got the likes of Boboka, Sccc and Fade with them, and Sccc is a top tier safe lane carry player in my opinion. If they play well during the tournament, I do not see why they won’t be able to secure at least a podium spot.

And lastly, as a Virtus Pro fan, I will choose them as a dark horse competitor. Sure they lost tons of players and especially their core players such as Ramzes, Pasha, and Rodjer, but this CIS squad is still the best in their region and is still able to hang toe to toe with the big boys.

Solo is still an excellent support player and No One is still a beast at the mid lane. Sure Resolution is sometimes a little bit iffy at the off lane but he has his moments where he can entirely carry the team on his back. One good team fight is what it all takes for Virtus Pro to be successful, to be honest.

Share your predictions for the ESL One Dota 2 tournament in the comments below! Good luck!

Hello Dota 2 players! In today’s piece, we are going to go over analyzing and discussing one more minor of the start of 2017’s Dota 2 competitive season. October has many events for the fans to watch and cheer for their favorite teams, with 3 minors and 1 major happening, so stay tuned for our […]