You all have seen KSI, Shroud, Ninja and a lot more of these content creators drive fancy cars and live in big houses. They tend to be playing for 8 or more hours a day on Twitch or YouTube, trying out different games and technically just enjoying themselves.

That begs the question, how much do these content creators, Twitch streamers specifically make. I will also be talking about how to become successful such as them if you want to be earning money while streaming and maybe in the future become something like them, playing games and enjoying while making a lot of money.

How much can be earned?

Popular Twitch streamers make around $100,000 a year, with others earning more. Shroud, who is the highest earning Twitch streamer makes over a million dollars a year. This is due to his huge subscriber pool. He practically makes the minimum of $3 per subscriber a month, and multiply that by 30,000+ and that is an easy $100k for him.

Aside from subscribers, he also gets a lot of money from bits. 10,000 bits can be converted into $140, and Shroud usually gets around this amount or more daily from cheers. Aside from that, there are donations too, where viewers can actually donate money. The largest single donate Shroud has gotten is $10,000 from Motar2k, who is a popular donator and goes around hunting for CS:GO channels he enjoys.

And lastly, sponsorships. You can get sponsored by companies such as gaming devices, clothing companies and drink companies such as Monster, Mountain Dew, and coffee companies. The amount you earn from them depends on what kind of deal you have with them. The larger the following, the larger you get as you can advertise their product for them.

KSI, on the other hand, did the same thing such as Shroud, getting sponsored and a lot of subscribers. Aside from that, he became somewhat of a celebrity in the UK because of his FIFA videos and has been invited to guest in talk shows and TV shows. He actually used his online popularity to become a television personality and celebrity, which is another way of making money. I have heard that he gets around $10,000 to $20,000 for a single appearance in a talk show. And yes, he does a lot of them. 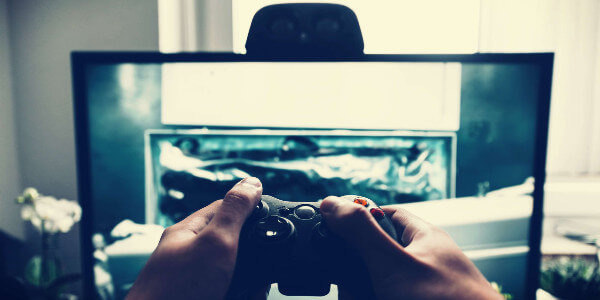 How to become a successful streamer?

With all that said, if you want to earn like them while enjoying, I can teach you the basics on starting your channel. The first thing that you need to understand is that guys such as Shroud and KSI have been creating content and streaming for as long as I can remember.

KSI used to stream Halo back when it was still Justin.tv. He was not even creating FIFA content then. Shroud, on the other hand, started somewhere around 2011 or 2012, prior to him being picked up by Cloud 9. So they had light years ahead of us who want to be successful in streaming content.

Now that you have decided on what you will stream, next important task you need to do is creating your channel. It could be your game handle, or your name and the game or activity you are streaming. Just remember to make it unique and stand out. This is important as this will be the thing that people remember. If you have a name that stands out, people tend to remember it and will be one of the keys on them coming back to watch you when you go live again.

So you have already decided on the game and the name of your channel. Next thing you do is make the aesthetics presentable. People will most likely not stay on your channel if the panels you have in your main channel is blank, or there is no information that they can get a background on you.

A lot of people skip around channels a lot on the game they are interested in. They will prefer to stay and watch and also come back when they can see that the streamer actually put an effort into creating their Twitch channel by providing information in the panels below.

You can start out by introducing your name, the gear that you use when playing and also the games that you are currently streaming and others you want to stream in the future. This can also include your overlay when you stream the game. People tend to stick to a streamer that hey can actually hear speak and see while playing. So investing in a webcam and a good microphone is a must.

Next thing you need to do is advertise yourself. Tell your friends, tell your co-workers. Heck, tell your family that you are streaming. Blast it on your personal social media that you are creating content on Twitch.tv. You can also try blasting it on the sub-reddit of the game of your choice. The more places you advertise, and the more people you can pull the better.

This will get your earning of a Twitch affiliate easier as you need to have 50 followers in a month before actually getting affiliated with Twitch. This will also help your viewer count, in which you will need a minimum average of 3 viewers in a month running. So, use all the social media outlets you can get your hands on and advertise yourself.

Just do not spam on other people’s channels as this will turn off a lot of people from visiting your channel. One trick I use to pull viewers is going to HS Replay and linking my Twitch account in there. If I am using a popular deck, whenever I stream, people can actually see me play that particular deck and thus how I pull viewers. 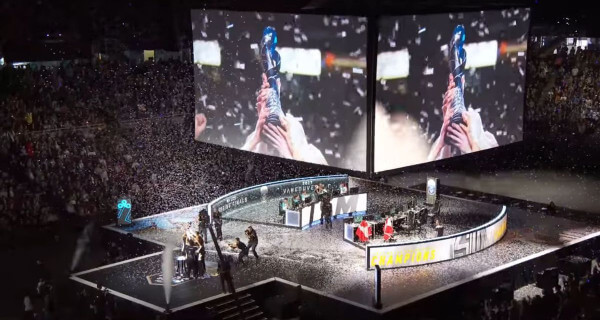 Create a plan for broadcasting

You need to set a schedule when streaming. You do not want to lose those hard-earned followers you have gotten from all your advertising. You need to create a stream schedule and stick by it. You do not have to stream 8 hours like Shroud and KSI since you are starting out. Just stream around 4 hours daily and you are good to go.

But keep in mind, however, to stick to that schedule you posted. This is because people will come back to a stream if they like the content and like the way you stream. So having a regular schedule they can come back to will actually help you out maintaining those average viewers that you are running to become an affiliate. You can even extend the hours on your weekends but stick to a minimum of 3 to 4 hours daily just to build your follower base.

Be yourself. When you are on, do not act like another person. Just be yourself. Your viewers came to watch you play the game and not another streamer. This will actually make or break your streaming career. If you tend to copy other people’s style, the viewers would rather watch the one you are trying to imitate than sticking with you. So act naturally.

Do not try to copy what other people do. Also, do not forget to greet and talk to viewers whenever they are joining in to watch your channel or are talking in chat. It helps in setting up a Discord channel when your follower base is getting larger as it is another way to talk to your followers when you are not actually playing live.

This way, you can keep in contact with your followers and also hear suggestions that they might have. You can actually make friends with a lot of them this way, and they would tend to come back to watch you more if you do this.

Just keep building on towards that affiliate goal, and sooner or later, you would get surprised that you already have that subscribe button on your channel and you will be on your way to earning cold hard cash when going live. Keep playing and streaming your content and followers will come. Just make it a quality and unique content and you are good to go.