The time has come again for the most coveted global Dota 2 tournament in the works. No, I am not talking about the International, that event will come down later this year. What I am talking about is the event that a lot of people around the world watch every single year, the World Electronic Sports Games or WESG for short.

This current edition of WESG will be held in Chongqing, China, the same city where they held the first Dota 2 major of 2019. The event will run from March 7, all the way to March 10. This competition will also feature an $890,000 prize pool in which a cool $500,000 will go to the coffers of the tournament winners.

What’s special about this event is that it is fairly similar to the Olympics in which people form teams to represent their countries. Or, you can treat it similar to the All-Star Weekend of the NBA. Today we shall make our betting tips for the 2019 WESG Dota 2 tournament by comparison of the status and strength of each participating team.

Like the previous version of WESG Dota 2 events, this edition will feature a whole slew of professional players who will be playing for their flag and country. There will be a total of 24 squads that will represent each of their countries.

First off, there will be 4 Chinese teams that received direct invites for being the hosts. These will be Aster, Room310, Keen Gaming and Mr Game Boy. The remaining 20 squads will be the ones who won their own regional or country qualifiers for them to represent the country. Most of them consist of star players who play for that specific flag, just like an All-Star team.

The other 20 are EHome from the China Qualifiers, the all-star lineup of PotM Bottom from Canada, Team Team from the United States, another star-studded lineup of Canarinho from Brazil, Gorillaz Pride from Peru, Omega Gaming from Bolivia. Another star-studded lineup Ukraine Yellow from Ukraine, 4 of the 5 Virtus Pro players playing for Russia, Nemiga Gaming of Belarus from Eastern Europe.

The Swedish boys The Final Tribe from Northern Europe, an amateur lineup Deutshclando from Germany, another superstar squad with Ana from Australia, NoLifer5 from Central Asia, an amateur outfit from Mongolia, MagE from Vega Squadron and friends representing Jordan. TNC Predator representing the Philippines, Warriors Gaming Unity from Malaysia, Mega Aorus from Vietnam, Reckoning Esports from Myanmar, and LeetPro who will be representing the Africas. 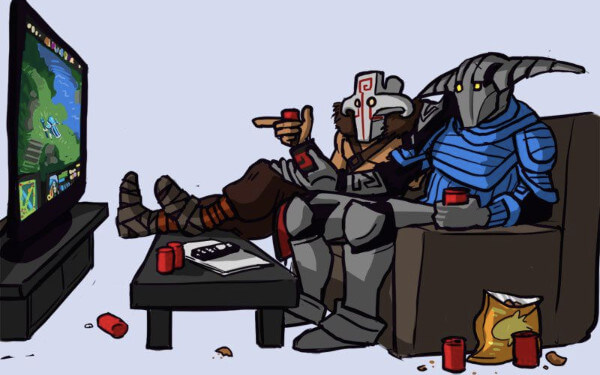 There will be some roster changes prior to this event from happening. First off, Vici Gaming and Boom ID were set to play in the event but would not be able to due to the Star Ladder Minor. They were replaced by Mega Aorus and Room310 respectively to take up their slots in the event.

Now for the player changes, Faith Bian will not be able to play for Ehome due to suffering a broken arm during MDL Macau. He will be replaced by XinQ who used to play for Serenity for this event. Liposa will not be playing for Brazil for this event due to his scheduling conflict. He is set to play in the Star Ladder Minor for Flying Penguins, Duster will take his slot.

And lastly, the TNC Predators has been hit the most from this roster change. Kuku, who is their offlaner will not be able to attend due to him being banned from any events that are held in Chongqing due to his racial slurs in the past.

Another hit they will be taking is that Ninja Boogie, who was the drafter, captain and the in-game leader of TNC Predators left them after a streak of disappointing results in the past. TNC has yet to announce who will be the players to replace their offlaner and hard support for this event.

The game format is pretty simple. The Group Stage will separate these 24 teams in 4 groups of 6. Each of these squads will be playing each other in a round robin format on a best of two. Only the top 2 teams who dominate their respective groups advance to the playoffs. The rest will be eliminated out of the tournament.

The playoffs are pretty straight forward. It will be a single elimination bracket and all the games will be played in a best of 3 format. 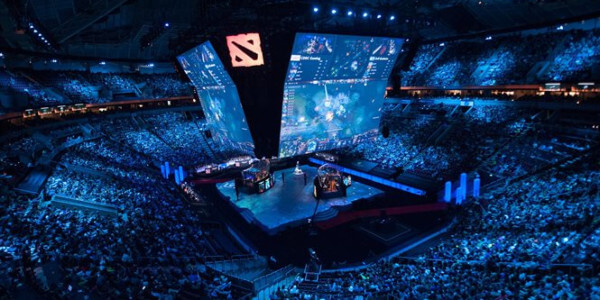 And as always, I will be saving the best for the last. Since this is a no holds barred tournament where only the winners survive and the losers fall, I will be picking my favorite 2 teams from each group that will most likely go ahead and compete in the playoffs. I will also be talking about which group is stacked evenly and which are one-sided with a clear favorite who will win. So without further ado, let’s get it on!

This is by far the most evenly stacked group in the whole tournament. There are 3 very strong squads in here that are very popular and have been fairly successful in the past. These three are Team Aster, the legendary EHome and the Team Ukraine Yellow with players with the caliber of No One from VP and General who was ex NaVi.

The other teams here are no slouches either. Warriors Gaming Unity has shown that they can stand toe to toe against caliber squads such as Mineski in the past. The thing is, this is not the WGU stack who actually went toe to toe with Mineski, but a full Viet lineup so I have my doubts there. However, I still have a favorite in my mind to win this group and a tossup between the second runner up.

Right off the bat, I see a clear winner in this group. This is one of the more unevenly stacked groups in the tournament. I would give the helm directly to Australia on this one as there is actually no one in the caliber of Ana of OG, who by the way was one of the winners of TI 8 in the other squads aside from Keen Gaming.

Besides that, LeetPro, Nemiga and Deutshlando are more of like amateurs teams who still need to break into the main Dota 2 scene. That leaves me with 2 teams that will contend for the runner up slot. As much as I like the Peruvians, I give the runner up slot to Keen Gaming as they have the experience and the quality to contend with Team Australia. Heck if luck is on their side, they might even be the group winners and Australia takes second place.

Now, this is what I call a Group of Death. Just from the looks of it, we have 4 prominent teams who actively compete in a lot of the main tournaments of Dota 2 in TT, Russia (who basically is Virtus Pro without No One), TNC Predator and The Final Tribe. The next two from the lineup are essentially super teams with MagE from Vega leading Jordan and Dstones who was ex-Aster leading Room310.

Although I have a clear favorite here seeing as I am a major fan of Virtus Pro, but you cannot count out the other teams because they all have quality players who have experience playing in the big stages. This group will be the Royal Rumble of this event and it is very hard to predict which squads will proceed and which will be eliminated as everyone can beat everyone any given Sunday.

We have yet another one-sided stack here in Group D. Out of all the six squads in the lineup, the only ones that will most likely be advancing are PotM, Mr Game Boy and Brazil. The other squads such as NoLifer5, Mega Aorus, and Mongolia will just get steamrolled by the 3 former squads I mentioned. The reason is simple, they do not have the players who have played in main events yet and experience counts a lot in tournaments like these.

If you look closely, Mr Game Boy consists of old Newbee players with Ferrari 430, a TI winner being the most prominent one. And just so you know, Ferrari 430 is the mid laner who played for the famous Invictus Gaming when they won The Internationals way back in 2012, defeating a peak Na’Vi 3 – 1. Couple that with PotM who are considered to have a lot of old pro players in their lineup and Canarinho (Brazil) who is basically Chaos eSports.

This will be a really promising tournament to watch, as a lot of stars are going to battle for the win! Share your WESG 2019 Dota 2 betting tips in the comments, if your opinion is different from ours!

It is just a few months after the conclusion of TI 9, and the first Valve sponsored Dota 2 Major is here! This will be one of the five major tournaments that Valve hosts during the entire Pro Circuit season. This will be the Chengdu Major. This tournament will start on November 16th and will […]

Welcome, Dota 2 fans! In today’s article, we are going to take a look at another event taking place in October, although this one isn’t considered a Minor by Valve and has a slightly lower prize pool (but still very significant to the teams in the region). The contest we’re going to discuss and make […]