Yes, you heard that right! This event will run on the same dates as the big event in China. The only difference is that this Star Ladder Invitational is part of the Dota Pro Circuit and will award DPC points to all the competitors. Also, this event will feature a $300,000 prize pool and 500 DPC points in total.

The winner for this event will not only win $125,000 in cash but also 120 DPC points that will go towards their qualification for The International. Also, the winner of this event will get the final spot for the upcoming Dream League tournament that will also be happening this month.

Today we will have a look at the teams that will be attending this competition and give our betting predictions for the Dota 2 StarLadder 2019 Invitational.

There are a total of 8 teams that will be competing for the coveted Dream League spot. All of these squads got their way here during their respective regional qualifiers. These are OG from Europe, Gambit Esports and Old But Gold from the CIS region, Flying Penguins from North America. Team Odd from South America, Royals Never Give Up and Vici Gaming from the Chinese qualifiers and lastly Boom ID from the South East Asian qualifiers.

This event will use the widely used GSL format. There will be a total of two groups with four teams each. Each of the matches will be played on a Best of 3 format and only the top 2 squads from each group advance to the playoffs. The playoffs will use the same Bo3 format until they crown a winner. 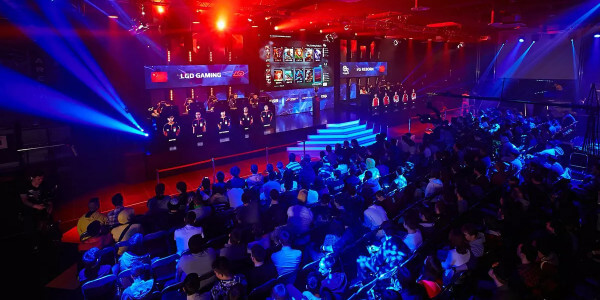 Now here comes the fun part. I will be predicting the most likely candidates that will go to the playoffs and if possible the team that will win the whole tournament. The first team that comes to my mind is Royals Never Give Up.

Now, where do I start with this team? They have been really dominant lately in the Chinese scene. Just like how they steamrolled all their competition during the qualifiers for this Minor. They also did a good showing during MDL Macau group stages with their top half finish.

They went toe to toe with quality teams like Virtus Pro, Vici Gaming, Team Liquid, and Ehome to secure their slot in the upper brackets of the playoffs. If they find the same groove like that, I do not see why they can’t dominate the group they will be placed in this tournament to secure a playoff place.

The second team that will most likely secure a spot will be North America’s Flying Penguins. I mean they are not a bad team if you look at it. They do have a lot of veterans in their lineup that has a lot of experience playing in big stages. They have names with the likes of Eternal Envy and Sneyking playing for them.

Their biggest problem is that EE is somewhat inconsistent when playing. He tends to crumble if pressured a lot in his lane in the early game. If they manage to find a way for them to avoid the early game harass and EE has a good early to mid game, I see their chances of heading to the playoffs very big. Sneyking is a good offlaner with a decent hero he can play as well.

The third squad that will most likely be Vici Gaming. They have been very rusty during the events they joined in this year, but there were instances where they show brilliance during team fights. If you can remember during the MDL Macau event, they dominated Liquid and EG in the group stages. Those two teams actually managed to get to the Grand Finals.

They have good teamfight drafts and understanding of the game. However, the only issue they have is that they tend to lose whenever the game reaches beyond the 40-minute mark. If they find a solution to fix that issue, then they will be a force to be contended with in this tournament and most likely in all the tournaments during this year leading up to The Internationals.

The last team that I have in mind that will most likely secure the last playoff spot is Gambit. Their Katowice run is outstanding if you ask me. They managed to beat almost all of the best teams in that event, except for one team, Secret who won the Grand Finals. If Gambit can somehow replicate the same performance they had when they played Fnatic in the Upper Bracket of Katowice, they will be a force to be reckoned with here in Kiev.

Apart from that, they are local boys and will most likely be representing the CIS region in this tournament. Gambit has a bright future in Dota 2, seeing that this is actually their first year competing in the spotlight if they manage to find the right chemistry between each other, who knows if we have a diamond in the rough here.

And lastly my Dark Horse pick. This will be the team that will most likely surprise everyone out due to them being counted out by most people. That team is none other than OG. Sure they have been a little luckluster in almost all of the events after TI 8, but they have shown that they can still hang around with the big boys. The main problem that they are currently experiencing is the loss of Ana. In my opinion, Ana is one of those hard carries that can change the momentum of the game.

Right now, they are playing with iLTW, and although it looks far from pretty, the kid can actually farm and carry the game like his life depended on it. The thing is, he is a little bit inconsistent. That may be because he is a temporary stand-in, However, if he manages to be consistent in his carry games, most likely we will be seeing OG back at the helm again in a lot of the Majors that are coming up in the future.

Who do you think will win this event? Feel free to share your Dota 2 StarLadder 2019 betting tips with us in the comment section below.

Good news Dota 2 fans!! The Season 5 of DPL or the Dota Professional League will be concluding the quarterfinals on April 20th to the 22nd. It will feature eight of the best Chinese teams that are currently playing on the professional scene. It has a very big prize pool of 1,000,000 Chinese Yuan, which […]