Hello, fellow Dota 2 gamers! The 2017 / 2018 Dota 2 competitive season has already kicked off with many great events, including a Major and several Minors with teams from all over the world fighting for qualifying spots and points to get seeded into the next year’s International (TI 8).

In this article, we are going to analyze the next upcoming Major (the 2nd one of the season 0 – the first was ESL One Hamburg 2017), which is going to be Republic of Gamers’ Dreamleague Season 8. Below you’ll be able to find everything you need to know about the event, including attending squad previews and betting tips for the first round of series (in the round of 8).

Before we get started on the technical stuff, let’s go over some of the general information you should know about the competition.

The event is being organized by Dreamhack and will be held in Jonkoping, in Sweden, during the Dreamhack Winter 2017 event. Some of the main sponsors are Monster Energy, Republic of Gamers (ROG), ASUS, HyperX and OnePlus – DH is known to draw many big sponsors to their events, and this time it’s no different.

The prize pool is going to be 1 million US dollars, with the organizers putting up half and Valve the other half. This is the new model for Dota’s competitive season that was implemented by Valve after this year’s International – they plan on lending a helping hand to 3rd party organizers to try and foster community growth around their eSports title.

8 teams will be attending the event, and all of them earned their spot through qualifiers – there wasn’t a single invite given out for the tournament. This means every single roster present in Sweden is performing very well in this new patch and understand the metagame better than most in the professional scene – we should expect very competitive and even series throughout the entire LAN.

The bracket will be played out in Double Elimination, with all series being decided in a best of 3 maps, with the grand finals being played as a best of 5 to decide which roster gets to lift the trophy and take home the $500 thousand prize. 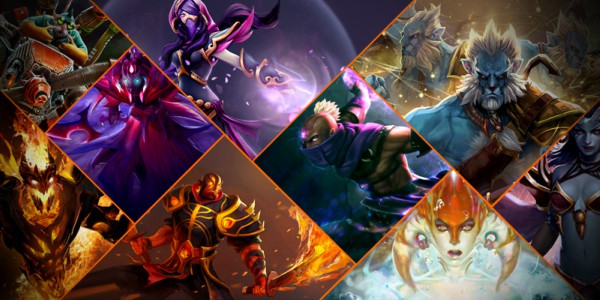 With the addition of Ace and Fata- after TI 7, Team Secret has started the new competitive season showcasing one of the highest skill levels in the world.

The lack of crew chemistry is no longer a problem – proof of this is their 2nd place finish at the first major, where they lost the finals to VP after a very unexpected run (by most fans’ account) in which they beat Newbee in the group stages and Liquid (considered the best squad in the world at the time) in the Semi Finals.

The roster qualified in first place in the very stacked European and CIS qualifier, showing that their recent Major performance wasn’t a fluke, and they really are on the top tier of competitive Dota.

Because of this, TS is expected to reach at least the top 4 in this event. With Puppey as the captain, you can never count them out of any series, especially now that they’re confident and have the skill to back it up.

As an electronic sports and Dota 2 fan, it feels really good to see Na’Vi back at the top again. The Ukrainian organization used to have the biggest fanbase out of any team and grew accustomed to competing at the top, with 1 International trophy and 2 runner-up performances.

The past few years have been very hard on Na’Vi fans though. They had roster problems, with new players not fitting in and old players not playing up to their usual standard (or maybe the competition just improved at a faster pace).

Fortunately, the addition of Crystallize and RodjER after failing to qualify for TI 7 changed things for the better. The organization started being a force to be acknowledged again in the CIS region, and even in Europe as a whole. For this Major, they managed to qualify in 2nd place, beating teams like Liquid and OG in the rankings.

There will be a lot of people cheering for Natus Vincere in this event, and they have pretty good chances of winning their first series – against Virtus Pro which they have beaten recently on a smaller tournament grand finals.

Liquid doesn’t need much introduction. They’ve been at the top of the ladder for a while now and kept playing amazingly well even after their victory in International 2017. While most crews in the past have taken some time off or declined sharply in skill level after such a win, TL has maintained its status as arguably the best Dota 2 team in the world.

Since Valve released the new matchmaking ranking, you can frequently check the top 10 highest MMR players in Europe and see at least 4 TL players in it – their players’ individual skill is absurd, and Kuroky (the squad captain) has managed to make them all work flawlessly as a team.

With already 2 titles at the start of the new season (StarLadder and Dota Pit League, 2 minors), Liquid is probably the favorite to win this Major in many people’s opinion. In the previous Major they got upset by Team Secret in the semi finals and only managed to grab a top 4 spot – will the same thing happen again or will Liquid bring one more trophy home?

Virtus Pro took the last qualifying spot in the Europe and CIS qualifier, narrowly leaving OG behind in 5th place (VP had a record of 8-6 while OG only managed to have a 7-7 win rate).

After a surprising TI run and sticking with the same roster, VP started strong in this new season, winning the only Major that has taken place so far. Despite not showing the best games in the qualifiers, you can never count the Russian organization out – they’re capable of playing a very large hero pool and their relentless aggression usually gets opponents off guard.

They face Na’Vi in their first series – an old rival since the old days. This matchup could go either way, but even if VP fall to the lower bracket early they are completely capable of clawing back all the way to the grand finals. The potential and skill level is there, they just need to perform when it matters.

Along with Team Liquid and Virtus Pro, Newbee didn’t go through any roster changes after this year’s TI. This could play out in their favor as they have been playing together for over a year now with many great results.

So far in this season, Newbee has managed to win a Minor (Perfect World Masters), and placed well in others (3rd in Dota Pit League and 7th in StarLadder) as well as a top 3 finish in the only other Major of the new season.

The Chinese squad usually shows up big when the stakes are high, so we can expect Newbee to go pretty far in this event. Especially because they got matched with Infamous in the first round – they should have an easy time guaranteeing at least a semi finals appearance.

Fnatic has a roster with players from all over the world (Canada, Philippines, Malaysia, Sweden and a North American captain to finish it off). Communication might end up being a problem for them, but so far the players have stated that it isn’t.

Competing in the Southeast Asia region, Fnatic had an easy time qualifying than European and North American crews. For this reason, they’re one of the biggest underdogs of the tournament (together with Infamous).

If they don’t manage to pull an upset (and it’ll be a huge one, since they’re up against Team Liquid in the first round), Fnatic will probably fall down to the lower bracket and might possibly be eliminated in the 1st round of the lowers.

Evil Geniuses is the best North American roster in Dota 2 right now, and they beat the NA qualifier rather easily. But this doesn’t mean much nowadays, with the best performing teams all coming out of Europe and China, based on recent results.

With a big fanbase expecting them to do well, EG always enters a tournament pressured to win (or at least make it very deep in the bracket). It’s not going to be any different this Dreamhack, and they do have a good shot at making it far with individual talents such as Arteezy, SumaiL and Universe – but it certainly isn’t going to be easy and they’re definitely not the favorites this time.

The last force attending Dreamleague is Infamous, a South American crew (with 4 Peruvian players and an Argentinian captain).

The analysis for this squad is very similar to Fnatic’s – despite being the best team in the region (they’re the ones who managed to qualify for the biggest amount of events so far after TI 7), they can’t quite cut it in a global level. The South American region is growing but it still needs time, development and funding before it can go toe to toe with the biggest organizations from NA, China and Europe.

Everyone is expecting Infamous to be the first team eliminated, and any series they will win can be considered a big upset (and a very successful run for them).

I’m betting on Na’VI winning this one. Their recent head to head favors the Ukrainians and they’re playing with a lot of confidence lately. This matchup could go either way but Na’Vi is a slight favorite, something like 55 to 60%.

This one is a no-brainer – go with a TL quick and easy 2-0 win. Probably not even the Fnatic players themselves are confident they can come out victorious here, and their time would be better spent preparing for their first lower bracket match.

This one is very hard to call as well, but I’m going with Secret. Their momentum is better and EG hasn’t been back to their absolute peak in terms of skill and team chemistry. It’ll probably be 3 close maps, as you can never underestimate the power of SumaiL.

Another no-brainer, just like Liquid’s. Newbee will most likely take this one without much trouble, as they’re the better squad in regards to coordination and teamwork and also in regards to individual skill.

Don’t forget to tune in next week in Dreamhacks’ Twitch channel to watch all the action unfold over the course of several days. There are many great series to be played and the event is going to be extremely exciting!

Thanks for reading the article and stay tuned for more to come! Good luck!

What’s crackin guys! There is some excellent news on the horizon for a lot of Dota 2 fans all around the world. The first big Dota 2 tournament just after the aftermath of the TI shuffle is upon us. There are a lot of organizations that have replaced their players (will be talking about the […]

Hello everyone! With the OGA Pit Minor just concluded last night in Split, Croatia, we do have a full lineup now of competitors in the upcoming Valve sponsored Major event that will be happening this May. This will be the third Major event this year that will lead up to The International in a few […]