Hello everyone! Our favorite competitive RTS has a very exciting year ahead of us, and the focus of this article is to bring you up to date with as much official tournament information and overview as we possibly can!

The general structure of the 2018 Startcraft 2 calendar won’t differ much from last year, as you’ll realize on a later section – Blizzard seems to have finally settled on this system and it seems to be working well for the competitive scene. There aren’t as many grand events as there were in the past, but that was unsustainable in the long run (due to many various factors, but mostly due to a decline in viewership – that was expected).

Even so, we still get to watch at least 1 major tournament per month on average, on top of GSL and other South Korean events running in a league system throughout many months of the year. As a Starcraft 2 fan, 2018 is going to be as good as 2017, or even better. 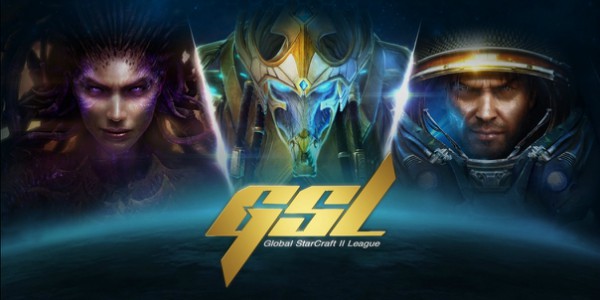 Same as last year, we get three seasons of GSL ahead of us. If you’re a fan of SC2, I think it’s impossible that you’ve never heard of GSL before. But in case you haven’t (or you’re new to the game or the genre in general), here goes: GSL is the most competitive tournament in the Starcraft 2 – it is held in South Korea since its inception in 2010, when Wings of Liberty (the first of the three expansions) came out.

Throughout the years, the Global Starcraft League has turned players into legends – like MVP and Nestea during the WoL days (the best Terran and Zerg in the world respectively, at the time). Life during his extremely short and dominating career (he got caught matchfixing and got banned, in case you didn’t know). Innovation for his insane consistence playing at the top tier since his debut – and we could go on for days here. Basically, GSL is where SC2 history is written, and it’s the most popular tournament of the year after Blizzcon.

Each season usually runs for 2 to 3 months. Currently, we’re in the middle of Season 1 (there will be 3 in total during the year) – it started Jan 6th and will last until March 24th. So far, we have most of the phase 1 done, with players like TY, Gumiho, Innovation (all Terrans) / Dear, SoS, Stats (Protoss) / Dark and Scarlett (Zergs) qualified to the 2nd group phase.

Scarlett is the first professional gamer born outside of South Korea to get through the first group stage since 2015 – a very big accomplishment and a sign of good things to come for foreign competition.

To finish things up about the GSL – the winner takes home close to $40 thousand dollars and also gets a guaranteed spot (1 of the 16) in Blizzcon at the end of the year, which is probably worth more than the 1st place money prize in many players’ eyes. 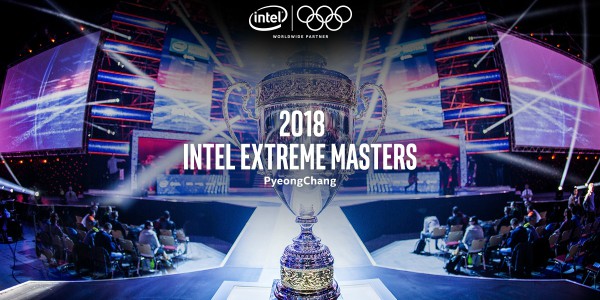 IEM hosts LANs for all the biggest electronic sports titles, and with SC2 it is no different. The company is present in the competitive scene since the early days and has helped to develop it from a somewhat casual hobby to a worldwide esports.

It is organized by ESL and sponsored by Intel (as the name Intel Extreme Masters implies), HyperX and Acer. The total prize pool is $150 thousand dollars (to be spread among the 18 attending players) and will be played between Feb 5th and Feb 7th – that’s right, roughly 10 days from now. If you’re new to RTS, this is going to be a great opportunity to get to know the best foreigner players (foreigner means everyone except South Koreans) while listening to great commentary provided by talents such as Rotterdam, Artosis, Tasteless, ToD and many more.

There will be 2 Koreans attending the event, Zest and sOs. They’re both heavy favorites heading into this LAN, and since they’re on opposite sides of the bracket (you can already see the matchups in Liquipedia if you want), we may very well see them both facing off in the Best of 7 grand finals for the trophy and the 1st place finish.

Right after the PyeongChang edition, we get another Intel Extreme Masters right away – the world championship starts late February (on the 26th) and ends on March 4th.

The WC is the biggest LAN that ESL organizes during the year (and one of the biggest LANs across all organizers and different esports too). For Starcraft 2 only, there is a $400 thousand prize pool, which is only dwarfed by Blizzard’s own Blizzcon (and not by a huge margin) at the end of each competitive season.

The World Championship is a great tournament because it pays up to 60 attending players. This means that even the guys outside of the top tier skill level get to walk away with some money to help them keep pursuing their dreams as a professional esports athlete. Another good thing about WC is that every single Best of 3 series in the group stages also pays out $200 bucks – this incentivizes players to always play their best, even if they’re already qualified (or have no chance of making it through the groups anymore).

There are already roughly 15 players confirmed for the LAN, including last year’s WCS Finals champion Rogue, some Korean powerhouses such as Gumiho, Innovation, and Dark – and lastly, some of the best foreigners such as Elazer, ShowTime, Uthermal and Nerchio.

If I could only watch a couple SC2 events in a year, this one would definitely be one of my choices. We get everything here: The world vs South Korea rivalry, the best players fighting against each other, big venue, great casters and commentators – there isn’t a single thing stopping this World Championship from being absolutely insane (and that makes you insane if you’re not planning on watching it!)

WCS Austin is one of 4 events to be held throughout the year to seed players into Blizzcon – It’s like GSL but for foreigners in that regard, but instead of being a 3-month long league, it is a 3 day weekend LAN.

The prize pool and dates are already settled – $101 thousand dollars split between the top 32 players and will be hosted by Dreamhack from June 1st to June 3rd.

Since this tournament is still a few months away, we don’t have any confirmed players yet – usually the qualifiers take place roughly 1 month before the event to give players enough time to sort out their visas (especially if they’re playing in the United States) and arrange their travel plans.

The WCS Valencia has the same structure as the WCS Austin we wrote about above (and so are all WCS LANs, to ensure a fair and equal chance for everyone to qualify for Blizzcon, the WCS Finals). Same prize pool and number of competing players and also the same qualifier structure – and Dreamhack is the company behind this one too.

The date is already confirmed and the tournament will be played during a weekend in July, from the 12th to the 14th. Same as Austin, we don’t have any confirmed players yet – but we know it’ll be attended by the best performing foreigners (we might even see some breakout players since the event is in the middle of the year).

This is just a minor part of what’s to come in StarCraft 2018 calendar. We hope you enjoyed the read and remember that besides these amazing tournaments listed here, we still have plenty of smaller ones going on all the time (and you can catch them all on Twitch) and a total of 3 GSL’s, 4 WCS’ and at least 3 IEM tournaments to top it all off!

Long live the RTS genre, one of the best genres in terms of viewing experience! Good luck!

Hi there Starcraft 2 fans! With Blizzcon over and 2017’s competitive season coming to an end, the community patiently (actually, impatiently would be a better word!) wait for Blizzard to release the next year’s calendar with information regarding the tournaments and events that will be part of the eSports season. As you may have heard, […]