Hello there fellow esports fan! We know the average gaming demographic is pretty split up between different gaming genres, and with esports it is no different. We have fighting games fanatics, MOBA-only players (and those are evenly divided between League of Legends and Dota 2 for the most part), FPS fans – just to name a few categories.

But, something that is very interesting and unique to electronic sports is that we have a lot of players and users who follow more than a single competitive title. This doesn’t happen much in traditional sports (where people cheer for one team and only watch it exclusively) – in our world, it is very common for someone to watch any combination of two or more esports such as Dota 2, Starcraft 2, League of Legends, Overwatch, CS:GO, etc.

In this article, we are gonna cater to these players (and to those interested in getting to know more about other competitive games). We will talk about the largest and most important event of the year, which can be considered as a World Championship tournament, for the biggest esports we have currently, sharing with you a little bit of its history, impact on the scene and everything useful we can come up with! Let’s get right on it.

The International is undoubtedly the biggest and most anticipated tournament of the year for both Dota 2 fans and players alike. It is organized by Valve (the producer and publisher of the MOBA) in their own hometown, Seattle (USA) – with the except of the first edition, which was hosted in Europe.

The series started in 2011, back when the game was still in beta phase and Defense of the Ancients (Dota 1) was the bigger title with more competitions and higher prize pools. Out of nowhere, Valve started inviting teams and advertising a $1.6 million prize purse, with 1 million going to the champions – some of the players like Dendi even went on record on later interviews that they started practicing for it but the prize was so big that they thought it would end up being a scam.

Not only it didn’t turn out to be a scam, TI 1 was a major hit and put Dota 2 on everyone’s radar. Not long after the LAN, Valve started pushing forward on marketing the game and the growth was so big that it ended up almost destroying completely the playerbases of smaller games such as Heroes of Newerth (most of the professionals switched over to compete for a better financial situation).

Valve funds the tournament with $1.6 million out of their own pockets every year – for the first three editions, that was the total the players were competing for. From TI 4 going forward, the company came up with a way to crowdfund the event as well, selling Battles Passes with a bunch of cosmetic in-game content with 25% of the sales going towards increasing the tournament reward. Since then, every single year has broken the previous’ record for highest prize pool for a single event in all electronic sports (last year on TI 7 it was close to $25 million dollars with more than $12 million to the champions, Team Liquid).

Valve changed the competitive structure for the current season – now the teams have to perform well during the entire year to earn their International invites. This measure will ensure that only the most deserving, hard-working and consistent squads get to the big stage. The International 8 will be very exciting, with people traveling from all over the world to Seattle to watch esports history unfold before their eyes – and even from home, you can’t miss this event for anything!

For our second game on our list, let’s talk about the largest Real Time Strategy esport out there – Starcraft 2 was once the biggest electronic sport and helped lay a foundation for what we have today. The game’s growth started even before Twitch TV existed – the games were streamed either via Justin TV, which rebranded to Twitch and became exclusively about online gaming, or GOM TV – a South Korean company who hosted the largest event at the time, the Global Starcraft League.

This was before Dota 2 was released and League of Legends was still in its infancy, with a small playerbase. Starcraft 2 had dozens of events per year – MLGs, IEMs, Dreamhacks, WCG and many other LANs organized by 3rd party companies.

Now, things have changed as you’re probably aware. Sc 2 no longer competes for the top spot, and the number of events throughout the year has declined – but this doesn’t mean the game is dead! It’s still alive and kicking with a very healthy professional scene and a solid spot in the top 5 biggest electronic sports.

Now, about the World Championship tournament for the game: Blizzcon is a yearly convention hosted by Blizzard to showcase their games development and to celebrate the year. They also host competitions for all their esport franchises (Sc2, Overwatch, Hearthstone, and World of Warcraft currently). For Sc 2, it is easily the most important event of the year, with a prize pool of $500 thousand dollars funded by Blizzard and (this was introduced last season) $250 thousand funded by the players through in-game cosmetic buys (skins and different announcers – 25% of the sales go to the pool, like Valve does with TI).

Blizzcon takes place at the end of the competitive season, usually in November. To earn their spot to compete, players have to perform well during the entire year – this makes it that much more exciting, with the most consistent athletes battling it out to end the season. It is also a great opportunity to watch how the rivalry between South Koreans vs foreigners unfold (it usually goes in the way of the South Koreans!).

The World Championship’s structure is very similar to what we described for Blizzcon above. It is organized by the game’s producer Riot games (like Blizzard does) and happens at the end of the year, to end the competitive season.

The tournament gathers the best teams from each region and gives the fans a chance to watch as regional rivalries and skill related arguments are finally put to test. LoL’s competitive structure doesn’t give many opportunities for teams from different regions to play against each other, so the hype is insane when it does happen (especially for Europe vs North American organizations).

Of all the editions so far, no team from outside of South Korea has ever won the World Championship (with Faker’s team SK Telecom having won 3 times already). However, the skill gap has been decreasing lately – especially because teams from other regions are hiring South Koreans as their star players – and we might see more competition at this’ year event (maybe even get to see a non-korean team reach the grand finals and possibly take it).

If you’re a MOBA fan, this event is a must watch (even if you’re a fan of the rival Dota 2). It showcases professional athletes playing at the top tier in a highly competitive event. Don’t forget to tune in at the end of the year! 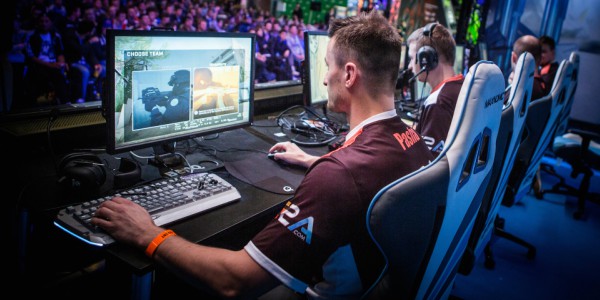 As one of the top 3 biggest esports, we feel like CS GO should get at least an honorable mention in our list. CS GO doesn’t have a single world championship or a main event throughout the year, that’s why we couldn’t pick one.

However, CS GO has around 4 to 5 majors (could be more this year) during a competitive season, all of the equal importance and similar prize pool and playing structure. They’re also very fun and exciting to watch, so you’d be doing yourself a favor by watching them all.

Thanks for reading and we hope you enjoyed the article! We, as esports fans, should be happy to see every single game strive and improve, even if we’re not particularly fans of the genre or the title.

Together we will grow much stronger! Good luck!

How to Organize an Esports Training Bootcamp?

Good day fellow eSports fanatics! In today’s article, we are going to go in depth in a subject that hasn’t been talked about before here on the site: eSports bootcamps (which are kind of like the precursors of gaming houses, another subject we might touch on another article). This is a new phenomenon that has […]

Greeting everyone! Today’s article is going to be focused on the fighting games genre scene in electronic sports. If you’re already a fan, hop on and enjoy the ride – and if you’re not very familiar with the professional scenes of titles such as Mortal Kombat, Tekken, Street Fighter, Smash Bros (and many others), this […]

Which Esports Have the Biggest Prize Pools?

Hello eSports fans, and welcome to our newest article! Today we are gonna talk about the 4 biggest eSports games, taking into consideration the amount of money they have already distributed to the scene through their tournaments prize pools. We’re gonna bunch them all together, so you’ll be able to compare different genres and franchises. […]