Hello, League of Legends fans! With the World Championship over, we are now officially in the off-season – there aren’t any major tournaments going on and Riot is working on delivering a big patch to the game, as they usually do at the end of every year. This patch changes the meta game drastically, with rebalanced champions, items and new stuff all around.

End of the year also means the ranking ladder goes through a reset, and everyone will have to calibrate his ELO again at the start of next season. This usually brings many players out from “retirement” as they are eager to test the new features and experience the new meta.

And since some of these players might be a little out of the loop (or they’re bringing newbie friends along with them), in this article we are going to explain exactly how the competitive system works in League of Legends: the formats, the different divisions, the seeds to global events. Literally, everything you need to know to start the next competitive season. And believe me, it can get a bit confusing with so many different regions, tiers, teams and much more.

The League of Legends competitive season is divided into 5 major regions (we’ll go through each one of them below), which means that professional teams from a given division don’t face off against squads from a different one. There are 2 exceptions to this rule, and they’re the Mid Season Invitational and the World Championship, the only truly Global events throughout the year, with the best crews from every corner of the world flying in to compete and showcase which league is the best.

All major regions have a similar structure in which the competitive splits unfold, and in this section, we’ll tell you exactly how it works.

There are 10 squads competing at the main tier, and each team plays a best of 2 series against all the others, meaning all rosters finish the regular season for a given split with 18 maps played.

Once the regular season is over, the bottom 2 squads in the ranks (placed 9th and 10th) risk being relegated, and to avoid it they have to play a best of 5 against the 2 best performing squads from the challenger tier and win – if they lose, the challenger organization takes their spot and they’re demoted.

Nothing happens with the 7th and 8th spots – but they’re guaranteed a spot in the main tier for the next split.

The top 6 rosters qualify for the playoff stage (which is a single elimination knockout bracket), with #1 and #2 getting seeded straight into the semi finals. The 3rd, 4th, 5th and 6th places have to play a best of 5 in the Round of 8 (quarterfinals) to determine who goes through to face the seeded squads at the semis. The semi finals and grand finals are also best of 5.

As we said above, there are 2 global events throughout the year, and the invites are based on this competition format. The best squads get to play overseas on the Mid Season Invitational and at the World Championship at the end of the year – the 2 biggest events of the year, with the highest viewership and media coverage. 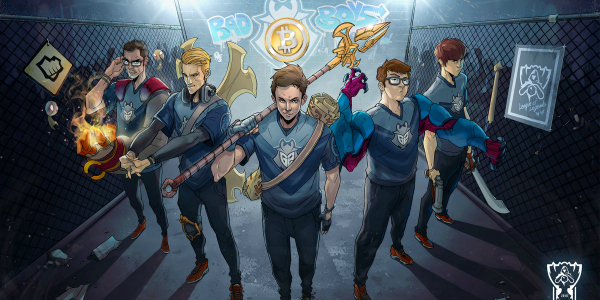 In this section, we’ll go through each region individually, highlighting the best teams and most recent champions.

As implied by the name, the rosters that get to play in this division are the organizations from North America. The NA region has many big organizations competing in it, with many fan favorite players and a huge audience – LoL is really big over there.

TSM and Immortals finished the regular season in places #1 and #2 respectively, and they were also the orgs that made it through the grand finals, with TSM winning with a 3-1 score.

Same as NA, Europe has a really big fanbase in the MOBA scene. There are organizations from many different countries fielding teams in the main and challenger tier.

On this year’s last split, the 10 participating crews were: Fnatic, G2 ESports, Misfits Gaming, Roccat, Ninjas in Pyjamas, H2K, Unicorns of Love, Splyce, Vitality and Mysterious Monkeys – the grand finals was a matchup between Misfits Gaming vs G2 Esports with the latter taking home the trophy after a 3-0 one sided victory.

Something interesting about the Europe region is that a few football (or soccer if you’re American) teams are showing interest in sponsoring (or acquiring) LoL professional squads – this year FC Schalke 04 already competed in the challenger bracket and almost made its way to the main division, being defeated 2×3 in the last deciding series.

If you’re a fan of electronic sports you have probably heard about South Korea’s dominance in any game they take seriously. It has been this way since games became a viable career back with Starcraft 1 and League of Legends is no different – the Korean organizations are so ahead of all the others that they have their own division.

In case you don’t want to take my word for it, just check the results for all previous World Championships – no team outside of Korea has even won it (with SKT lifting the trophy a record amount of 3 times).

The teams in the last split were: Longzhu Gaming, KT Rolster, SK Telecom T1, Samsung Galaxy, Afreeca Freecs, Jin Air Greenwings, ROX Tigers, MVP, bbq OLIVERS and Ever8 Winners. Longzhu Gaming were the champions after a 3-1 victory over SKT in the grand finals.

China is pretty similar to South Korea in terms of dominance in online competitive games – the difference is they dominated in Warcraft 3 and Dota 1 – and they’re pretty strong contenders in Dota 2 and LoL currently.

Also with their own region, China has a lot of money involved in the scene, with insanely high sponsorship and salary numbers.

The crews competing on the last split were: Edward Gaming, Team WE, Invictus Gaming, I May, Snake Esports, DAN Gaming, Royal Never Give up, OMG, Newbee, SN Gaming, JD and LGD. The champions were Edward, after defeating RNGU 3-2 in the final series.

Southeast Asia also has a pretty strong LoL competitive scene. Although it still isn’t at the same level of South Korea and China (in terms of player skill and money involved), the region has seen a lot of growth and the organizations have shown great potential in the Global events. 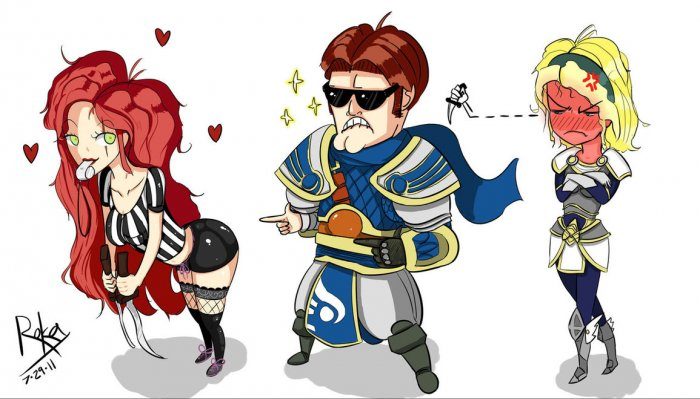 Note about the rest of the world

These are the 5 major regions in League of Legends’ competitive format – but they’re not the only ones! There are countries like Brazil with their own competitive system, which also seeds to wildcard events where they can qualify for the global events – and this is just to name one example. Riot is always trying to support local scenes with funding and the needed infrastructure (plus staff) to help organize events.

Thanks for reading the article and we hope you found it both enjoyable and informational! We still have much to talk about while we wait anxiously for the next competitive calendar, so stay tuned for our next pieces!

“Here we are don’t turn away now, We are the warriors that built this town!” Erm, sorry, this was the old anthem of LCS made by Imagine Dragons and now, we’re back at it, EU LCS 2018 starting this Friday (19th) and we are all thrilled about it. Many roster changes this year and we […]