Hello everyone! League of Legends World Championship 2017 is still far away from us (it will start on the 23rd of September) but we would like to inform you guys of all the details surrounding the event!

As with MSI this year’s Worlds 2017 format has changed quite a lot. Instead of 16 teams, there will now be 24 teams participating. In addition to that there will now be a Play-In stage added to the event. Similarly to how MSI will work the Play-In stage is added to ensure the best squads advance to the group stages. The way it works is quite simple. One crew from every Wildcard region will participate in the Play-In phase as well as the #3 seeds from China, Europe, North America and Taiwan.

These 12 teams will be randomly sorted into 4 groups of 3 where they will face off against each other in a Best of 1 Double Round Robin. The top 2 teams from each group will advance to the next round of the Play-In. Round 2 will feature Best of 5 matches where the 1st place squads from the groups will be randomly paired against any of the 2nd place teams. The four winners of those matches will advance to the Group Stage. In addition to that, the highest ranking Wildcard region at MSI will secure a seed for their region in the Group Stage as well.

The Group Stage will play out similarly to last year’s with the #1 and #2 seeds from all of the five major regions automatically being placed in groups. This year, however, the only #3 seed that will automatically qualify for Groups will be the #3 seed from Korea due to the region having the best international performances for years now. Apart from all of that the format in Groups and the Knockout Stage remains the same. As you may have already noticed Taiwan has gained a third seed at LoL Worlds 2017 due to being one of the five major regions.

The prize pool for League of Legends World Championship 2017 will likely remain the same as last year’s (around 5 million dollars) with a set amount of money plus a percentage of the revenue from the sales of Worlds exclusive content such as Championship skins and wards. This was a big step up for Riot last year due to the prize pool being criticized because of other eSports titles such as Dota 2 having a bigger prize pool. The event will take place across China from September 23rd to November 4th.

For a while now Korea has dominated the international scene and continues to do so to this day. They the favored region in terms of who will win Worlds 2017 and that’s no surprise. However before Korea’s dominance began things were a lot more even. In Season 1 it was mainly a battle between North America and Europe with Fnatic being able to win the inaugural Season 1 Championship. Ever since then Europe has had multiple teams finish in the semifinals however it’s clear that a region with so much pride wants nothing more than to finish in 1st place. Winning Worlds is the dream for all teams and that includes the European ones.

In Season 2 Korea’s dominance was looming on the horizon, however a team from Southeast Asia known as the Taipei Assassins was able to cause a huge upset over Azubu Frost and became the Season 2 World Champions. Taiwan has looked impressive over the last few years but TPA’s success hasn’t been replicated yet. Flash Wolves are known as a squad that does well against Korean teams however they haven’t been able to find their stride and do well against all opponents yet. Much like Europe the Taiwanese region wants to prove themselves.

And then there’s North America and China, two regions that have shown glimmers of brilliance in the past but haven’t been able to replicate that on the Global Stage. The only instance of that was Edward Gaming’s triumph at the 2015 Mid-Season Invitational but their success didn’t last long and it wasn’t replicated at Worlds the same year. Both regions want a big international win under their belt and will continue to fight hard to get it. With teams like Edward Gaming, Royal Never Give Up, Team SoloMid and Cloud9 it’s clear that both China and North America are working really hard to prove themselves on the international stage and show every other region that they should never be taken lightly. It’s only a matter of time until they actually accomplish this and it will be wonderful to see as more competition breeds more life and excitement into the competitive scene.

And although Wildcard regions have often been the “joke” of international play, last year’s Worlds Quarterfinalists Albus NoX Luna showed that even Wildcard regions have what it takes to put up a good fight. They did so by making history, becoming the first Wildcard team to get out of Groups. This is exactly why every Wildcard region this year will get a chance to prove themselves by participating in the Play-In stage. The Wildcards have evolved in their own way. Each and every year their performance has been better and better. From Kabum Esports upsetting Alliance in 2014 to Pain Gaming’s impressive Groups performance in 2015 to Albus NoX Luna’s historical advancement to the Quarterfinals. The Wildcard regions are slowly but surely improving and there’s no telling how much they will be able to accomplish with some more time. In a few years, we might even get to see the first Wildcard team making semifinals. 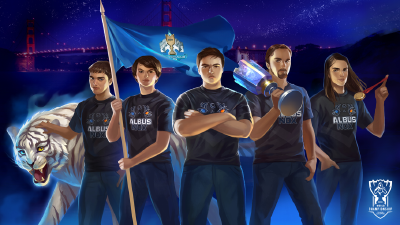 LoL World Championship 2017 is still not anywhere close however there’s no denying that it’s going to be a great event. China is known for the great opening ceremonies they can pull off and with the prize pool being bigger than ever as well as the number of teams being increased, it’s safe to say this year’s Worlds will be the biggest one to date. We look forward to it and we hope all of you do too!

Hello there fellow League of Legends fans across the world! We have a lot of promising events coming up in the year 2018 and this article will be heavily focused on that. We’ll go over the main splits and tournaments coming up and list them with as much detail as possible – for you, readers […]