Hello eSports fanatics! Our focus on today’s article is to discuss and talk about the expanding reach of Electronic Sports in our modern society. More specifically, we’ll write about the increasing number of courses offered by universities around the world with a focus on competitive gaming.

In addition to that, many North American universities are also offering various scholarship programs to teenagers who show a lot of potential in the largest competitive titles. And there are even some schools offering full time electronic sports degrees. Below we’ll go in depth into all of these subjects, so keep reading for more information. 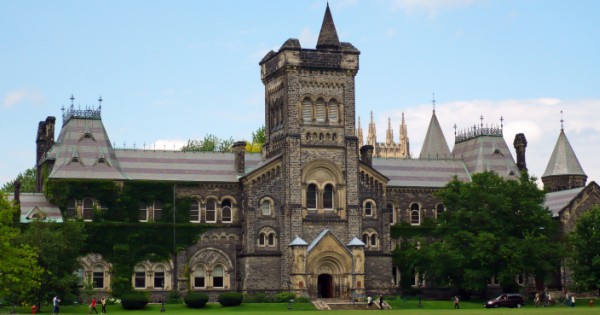 Colleges around the world (most are from the United States, but there are also some from Europe) are approaching this new market in 3 different ways – let’s go over each one of them so you can see which one suits you best.

Some schools are offering extra credit programs to anyone who wants to enroll. These courses happen during the Summer vacations, so it doesn’t get in the way of the student’s major and minor degrees. The content touched by these programs can be both theoretic and practical, depending on the university.

Theory classes usually apply gameplay features and strategies to our real world, touching on micro and macro economics, logic, game theory (the one invented by John Nash), variance and much more.

The practical part, as the name heavily implies, has to do with actually playing the game and learning in an educational environment, applying concepts taught beforehand.

This kind of courses is usually taken by casual gamers who want to get a deeper glimpse into the eSports scene in a very light and relaxed manner while maintaining focus on their chosen major degree. 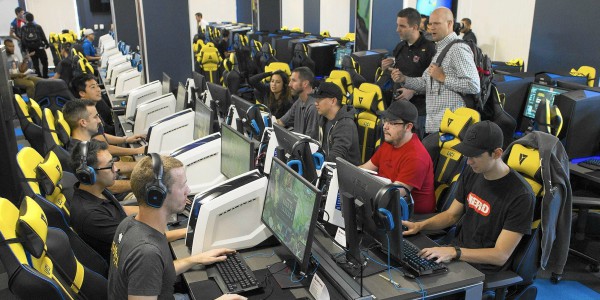 Another option that has been appearing in many colleges lately is the eSports major degree. They require full time dedication like any other major (such as engineering, computer science, you name it) and usually take around 3 to 4 years to complete.

In this course, you are taught how to host events of all sizes, ranging from small LAN parties to premier tournaments (like Riot’s LCS, for example) for single player and multiplayer games (the biggest genres in the market right now are MOBAs and First Person Shooters).

There are also classes focused on the business side of things, where you can learn how to create, develop and manage a professional team and also foster online communities and promote all kinds of events (with digital marketing).

The university also gives you the opportunity to attend local events (and maybe even a residential deal so you can attend events overseas for experience), take part in a variety of varsities and much more.

Below we’ll list some of the modules Staffordshire University from the United Kingdom offers in its eSpots degree:

If you’re passionate about competitive gaming but you’d rather be on the backstage, organizing things, marketing and promoting events, brands, and teams, this might the major you’ve been looking for. Search for a university next to you that offers a program similar to what we described above and start your own path into the online gaming market.

The third way to get involved with eSports in university is through scholarship programmes. A lot of universities in the USA started offering scholarships for students who have proven to be very good in one specific game (most of the programs are aimed towards League of Legends players at the moment).

The programmes work in a similar way to the traditional sports system – the students with the best performances get the financial help and they’re offered a very good training infrastructure, with coaches and staff dedicated to the team. In exchange for this, they represent the school in the Collegiate Star League (one of the biggest league events for college eSports in the USA) and they are required to maintain their GPA (student grade score) above a certain threshold throughout his entire graduation period.

Let’s take a look at some specific schools and what’s special about them regarding our topic:

UCI is located in Irvine, in the state of California as the name suggests. It is a public university and they are the first to release an eSports scholarship programme. It started back in 2016 and Riot Games, the publisher of League of Legends helped setup the infrastructure for the students, with high end PCs, inspired by the big South Korean LAN cafes.

RMU is the first college in the USA to offer an electronic sports programme, and it has been an ongoing success for over 3 years already. RMU is located in Chicago, and it is a private non-profit school and their programme is also focused on League of Legends (as you might have noticed, Riot Games have a hand at this. They’re constantly supporting such initiatives).

RMU’s scholarship covers up to 50% of the costs the student has (tuition plus room and boarding), and the students enrolled have access to high end built in facilities for training and professional dedicated coaching.

The third one in the list is Columbia College. Different from the first two, this one is located in Vancouver, Canada. The school’s interest in eSports started way back in 2014, and they started offering financial help to gamer students in 2016.

They have a coach who selects the best candidates for the rosters and is always looking to improve their infrastructure to better accommodate the students.

UPIKE is located in Kentucky, and it’s a private university. Students who enroll in their competitive gaming programme need to maintain a specific GPA score in order to represent the school in the state and countrywide leagues – that’s why UPIKE is always looking for students who excel both at games and academically.

They scout for players in high schools and also promote practice matches where they can test the abilities of the teenagers who might be interested in pursuing the scholarship in the future – UPIKE takes its eSports division very seriously (as everyone else should).

These 4 universities listed here are just an example of what’s expected to come in the following years. Many others will probably follow suit and in not many years the United States will probably have mass adoption for competitive gaming in college, just like they have with traditional sports all over the country.

It is also a growing phenomenon in Europe (we even used an example from England above too), as steadily more and more colleges start adopting electronic sports in their curriculum. What we have yet to see is an example show up in Southeast Asia and South America – both regions have a lot of passionate and competent players but they still lack the scholarships and opportunities given to North Americans and Europeans.

If you’re passionate about eSports and would like to pursue this as a career, we recommend you to take a look on colleges near you to see if any of them offer any kind of programme related to gaming. Chase your dreams and don’t let the opportunities slip away from you!

Thanks for your company throughout the article, and ’till the next one! Good luck!