It is something that you will find a few contradicting answers if you were to take a poll of the League community, or even if you polled a single professional team.

For many reasons, a lot of players find themselves biased when it comes to one, or a few, LoL champions that is in their particular liking. Even if a Gangplank main has a win streak going in ranked, is that character really that much better than any of those he played against?

The main reason that a lot of people love league of legends is because it is simple to understand, yet challenging to master. My point being that individual skill can make a support player look like the AP carry. Keeping this in mind, we will attempt to keep an objective, mechanic-based valuation of how strong a champion really is, considering the current meta and the synergy with the rest of team.

Lastly, before we dive into the measuring, I’d like to point out that with a total of five roles, each having a range of characters that fit it, we will ultimately lay weight on the overall impact of the heroes.

Now, since a champion is not much more than a combination of several game mechanics collected in one graphical appearance that the player controls, it seems very fitting to use these as a means of putting the characters on the scale.

More often than not, you will find that personages with hard CC, like Sejuani’s R (Glacial Prison) or Maokai’s W (Twisted Advance), will have an advantage later in the game. When people are running around with full builds, it is all about hitting that crucial game-changing CC. However, in the early game where it is often determined by small skirmishes around the map, there can be a huge advantage in having mobility or burst instead of CC.

For example, a Katarina or a Nidalee has a greater advantage early in the game because of their strength just in the kits of these heroes. If they fail to pick up an early advantage they will fall behind a lot faster than most other characters since they will often lack the burst to get finish people off.

Therefore, the best champion in League of Legends must not only be strong in early or lategame, but be able to transition smoothly while also synergizing well with the rest of the team. 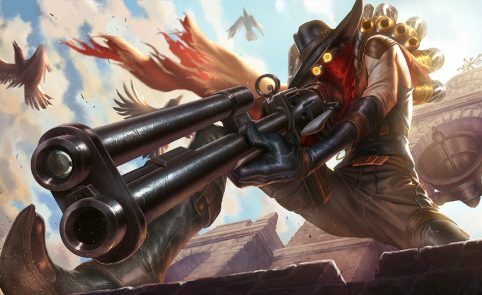 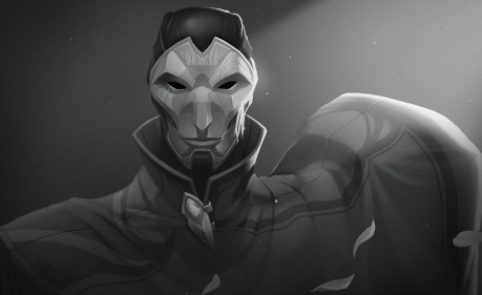 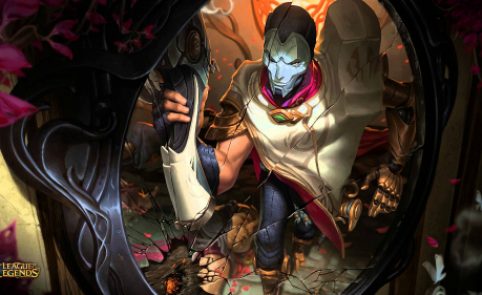 One very promising candidate is Jhin. The most played ADC in some time and one of the better picks against the over-played Varus adc.

Jhin packs a ton of long-range firepower that will deliver a decent burst through-out the game without requiring too many items which is unlike Varus that relies heavily on his first few items. Also, Jhin has probably one of the most underrated abilities in lower elo, which of course is his W (Deadly Flourish).

The root can be used to catch off enemies from great distances, typically Jhin will be in no danger when rooting that greedy enemy desperately trying to get away from his teammates when he notices how overextended he is.

However, it is not all strengths for Jhin either. It can be frustrating to fall behind early, as you will start to lack the damage for your Q (Dancing Grenade) bounces fairly quickly, not to mention Jhin’s auto-attack mechanic which I assume you are familiar with. When in the late stage, it is not too uncommon to be the enemy crews #1 priority kill as Jhin and thus, he relies on a sturdy team that can peel those crazy gap-close champs the enemy picked when they saw Jhin was locked in by you. 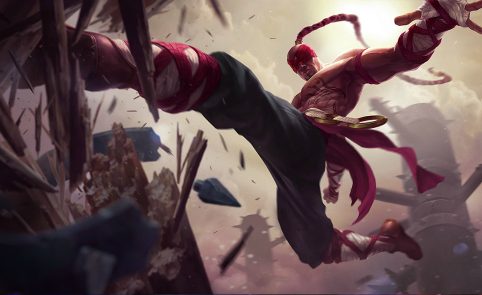 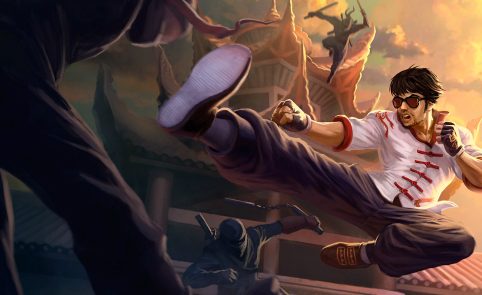 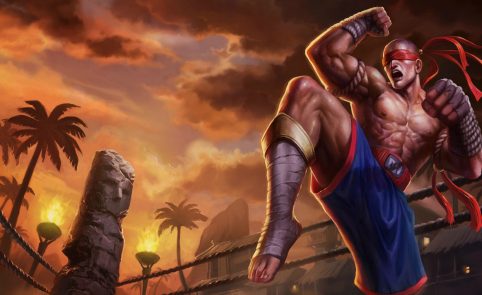 Another one of the best League of Legends champions that is unavoidable in this article is Lee Sin. The go-to pro player picks for years, literally! Lee sin is a fun and hard-to-master hero that makes it pretty easy to frustrate your enemies. Whether you ‘insec’ them into your teammates, or you make a map-wide escape with numerous Q’s (Sonic Wave) and W’s (Safeguard) just to leave them wondering if they should recall or get some consolidation farm in a nearby lane when they see you disappear into the fog.

The possibilities for outplaying your opponents can seem almost unlimited, and he can definitely synergize well with his teammates. Even though a full damage build can seem very tempting, it is often a poor choice. You will find yourself dying mid-combo if you don’t have the tankyness to sustain just a fair amount of damage from undodgeable AoEs or when you get caught by CC, while also making sure you are not just pure tank.

Often a Lee sin will see his chance to carry a game in a baron steal, or by dashing into the face of an enemy squishy and finishing them off before W’ing back out either to an ally or his own ward. For these opportunities, a minimum of one offensive item is almost required. Also, the damage portion of his Q (Sonic Wave) that is based on % missing HP, in combination with smite and his many ways of dashing, makes the blind monk a very optimized Baron/Dragon stealer. 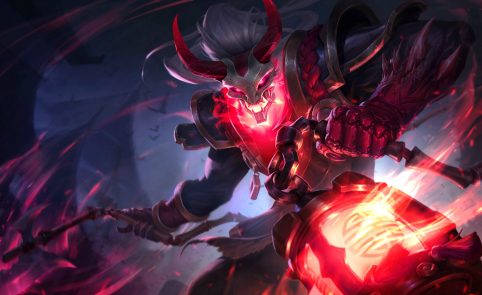 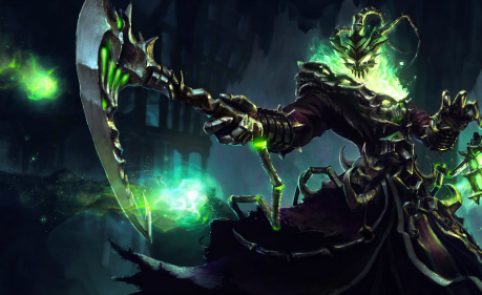 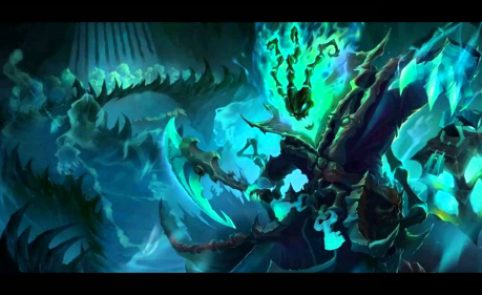 Even though he is a support LoL champion, Thresh can be an invisible carry of the game. With his kit and a semi-tanky build, a Thresh can seriously wreak havoc in a team fight. If his Q (Death Sentence) hooks a carry then the fight may very well be over before it has even begun, and if not, Thresh is an absolute peeling-machine with his E (Flay) and R (The Box), rendering it very hard to reach his backline.

Thresh is also a character that packs quite a surprise-punch. With a fully charged E-auto he can often come out on top of things when a low HP enemy tries to finish him off, even very late in the game because it becomes stronger with the amount of souls Thresh collects.

He also carries with him one very interesting game-mechanic in his W (Dark Passage). Allowing a teammate to dash to safety through his lantern, or follow up on an engage, can definitely affect the outcome of the match. It is also common for Thresh supports to stick around a bit further back so they can throw a fast lantern as soon as they spot anyone closing in on their teammates for then to throw the W (Dark Passage) and be away in an instant. 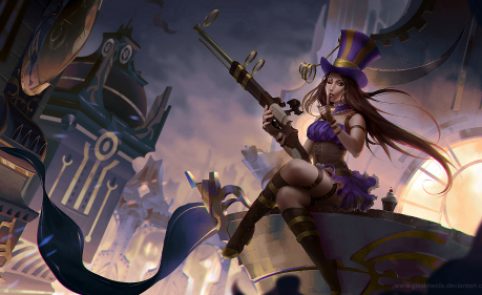 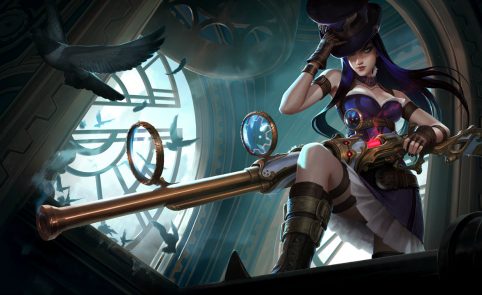 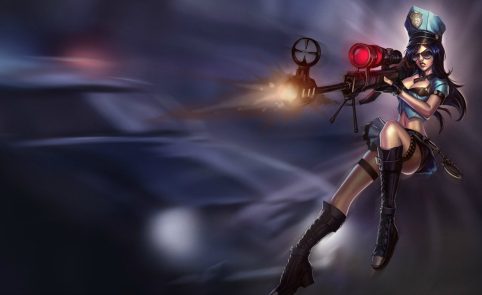 This might be a controversial one. I believe Caitlyn is exceptionally strong in lower elos (Bronze – low Platinum) and by all means still a decent pick in higher elos. The reasons being that her kit packs an insane amount of damage, and also a nice utility tool in her E (90 Caliber Net), while also having a range that nobody can complain about, except her enemies! Caitlyn is a champion that is able to harass the enemy adc immensely through-out the laning phase while also staying safer than most other adc’s are able to without a competent support.

In lower elos, it is very common that people will underestimate the damage that Caitlyn is actually able to deal out. In a relatively short period of time, Caitlyn is able to E, Q, Headshot-AA for a whole bunch of damage, with literally no chance of the poor enemy to catch up (Unless he/she flashes). And that is leaving out her R (Ace in the Hole)! Her W (Yordle Snake Trap) is also a very potent ability. It is pretty easy to combo it with virtually any other CC, even a slow.

Placing them a little bit in front of an enemy, or directly on top of them if they are stunned, will often secure the kill, or take a heavy chunk of damage. It is also worth mentioning that Caitlyn is able to attack both Dragons and Baron/Herald through the wall because of her exceptional range, however it may be hard to assist your teammates if the enemy squad contests it, since you have a long route around if the enemies are not lining up for you in the pit, which they most likely won’t. 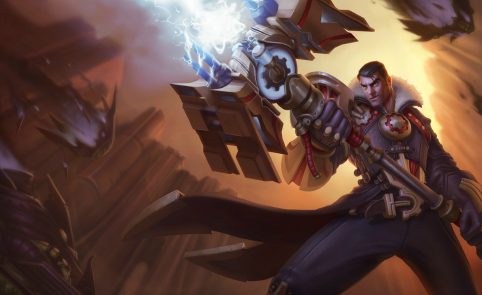 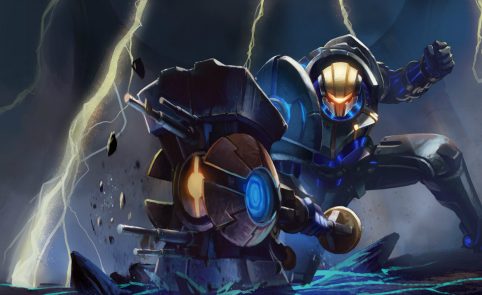 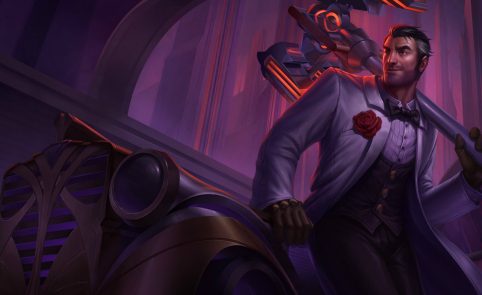 This is somewhat a temporary choice due to the Lethality build, Jayce is still a strong a champion but with a ton of Lethality he becomes an absolute monster. Even if your ad carry stole all your kills, and your jungler is taxing your lane minions from you, you will still deal out fair amounts of damage but often as a “glass cannon” and thus, should avoid getting too close to enemies with just a tiny bit of cc.

Rushing Edge of Night, while poking away at your enemies with EQ’s will make it easy for your teammates to find the advantageous fight. And if they can’t, you can activate the spell shield from Edge of Night and show them the way into a proper fight.

The stealing potential is also massive through-out the game, a well-timed EQ into the dragon/baron pit is often a guaranteed hit and can lead to both kills and objectives very easily, and best of all, safely from range.

If you haven’t played against a lethality Jayce yet, or perhaps never heard of it before, I encourage you to find one of the many games Bjergsen (the Mid laner for TSM) plays Lethality Jayce and have a laugh at the enemies going up in the smoke to his super-charged Qs.

These are a few best League of Legends champion picks that will have you, and your teammates, in a slightly better position against your opponents.

In conclusion to this article, a good champion has a diverse kit while still accommodating the needs of the team, i.e if your team is low on CC, you should value CC when locking in your champ, and if you lack damage then lock in a heavy-hitter character.

Keep in mind that heroes have counter-picks and thus, none of the above listed champions is a guarantee to win. They merely provide the tools to have an impact on the game larger than the average champ.

See you soon and good luck!