Greetings LoL players! This article will be a guide focused on teaching you (and provide some general tips) how to improve your skill level at League of Legends.

All these suggestions are based on my own experience of years playing MOBA games, starting with zero experience and reaching a pretty high ELO (and high MMR on other MOBAs as well). I also base the knowledge below on what many professionals have pointed out as helpful during their climb to the top tier of gamers.

Keep in mind that this guide is not some sort of magical trick that will turn you into a pro overnight by itself. Everything listed below will require you to put time and effort into it (and depending on your final goal, it’s not going to be an easy road).

My experience with MOBAs in general

Before we head deeper into the article, let me just share with you real quick about my experience in the MOBA genre in general, giving you readers some context.

I first got to know MOBAs through Warcraft 3’s custom map scene. The most played one was Defense of the Ancients (Dota 1), but there were also some minor ones like Naruto vs Bleach (anime themed characters) and One Piece (also from the anime). I started with absolutely 0 experience in the genre, and it took some dedication to finally start leaning about the game.

Fast forward some months, I was already vouched to play in some in houses and private rooms for higher skilled players (on GG Client, or Garena as it became known afterward). Some years later, the Dota 1 scene started dying and that’s how I got into other MOBAs, such as Heroes of Newearth (played for a brief time) and League of Legends.

In LoL I was able to start with some previous experience in the genre – that definitely helped me out a little bit when I jumped into the game. The mechanics required for the playing were kind of similar, but the meta and playstyle are much different, so I had to start from scratch in those areas. After training a lot and employing some of the tips I will list below, I managed to climb from Silver (the league I qualified) all the way up to playing toe to toe against Diamond players.

How to improve in League of Legends?

Without further ado, let’s go straight into the meat of the article – keep in mind that different people will learn at different paces (some guys will take more time to learn a mechanic or a concept but may end up being better in the long run than those who caught it quickly). Don’t stress out if you don’t see progress straight away, just keep focused on playing your best and improving and you’ll eventually get there.

A big mistake that many newbies make is that they try to learn everything at once, so they end up being mediocre at everything. I recommend you to choose 1 main role and 1 secondary role (that you will play when you can’t pick a champion for your main role). Mid, Ad Carry, Support, Jungle or Top: Choose your positions and stick to them.

By doing this you’ll understand the different kinds of matchups much better, not to mention the early game strategies for the laning phase. It will also improve on mechanics on the role you’re playing during the entire game and will allow you to focus on specific areas while you play (and also be able to feel yourself improving at a quicker rate).

Once you have mastered your main and secondary position, you can start branching out to the other 3 – start playing different champions and roles with some frequency but don’t forget to train harder on your 2 playing positions. 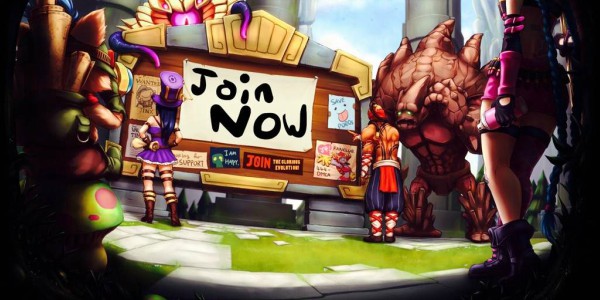 This tip is a lot like the first one. I don’t want you to be a one trick pony that reaches diamond only playing with 1 champion, but you also shouldn’t have a pool of 30+ mid heroes while you’re trying to learn and get better at League of Legends.

The right number of champions, in my opinion, is something like 3 to 5. This means you can counter (and avoid getting countered) and play in favorable matchups in your lane, no matter what the opponents pick. Buy the best champions of the patch (you shouldn’t be playing weak characters that are not picked in competitive matches because that will only hinder your gameplay throughout the game).

Buy the runes necessary for those champions (the best ones available) and build their talent trees, to give yourself the best chance at succeeding.

Get help from online resources

League of Legends has a wide array of sites that you can use for research and that will give you an advantage in a match.
Knowing what the professionals are doing with their item builds (and in what order), which runes they’re using, the spells they are prioritizing – this will make sure you’re playing in an efficient and optimized way.

Some sites can also help you with item timings (so you can benchmark your performances and analyze your progress that way), farm timings (to compare yourself versus other players on the same ELO bracket).

You can play around with many statistics and focus on your weakest areas as you climb up the rankings. This can also help you get to know your strongest areas and you can tailor your playstyle to make use of those areas more. For example, a very aggressive player can focus more on bullying the opponent and going for risky kills and objectives instead of playing passively trying to outfarm the enemy.

This has been implicitly said on the tips above but I think it deserves its own item on our guide. To better understand the meta (champion picks and bans, item orders, spell priorities, etc) you must watch the best players competing against each other.

If you play close attention you will also learn some tricks and timings, as well as engagement strategies, pushing timings and much more. As you get better on the game, you’ll have a better understanding of what’s happening on your screen (sometimes not even the commentators will realize most of what’s going on) and be able to analyze the plays and motivations for each move by yourself.

If you want to improve on something specific, it is much better to grind it out on a custom map where you can play through the same situation a bunch of times. If you only leave the practice for ranked matches, you might not be able to get enough exposure to that one thing you want to improve.

Get a friend and 1v1 him (or 2v2 with more people if you play AD carry or support) over and over, focusing on the point you want to get better. This will be good for both of you, and you can try different champion matchups and lane strategies without worrying about losing the game if you fail.

Kinda like following the professional scene, but this time you’re watching someone better than you playing in first person.

This will help you improve mechanically (as long as you start learning from watching and then take it to practice on your own) and understand the thought process of a better player – jungling routes, dragon and baron timings and calls, when to push and when to back off (you can extrapolate on this and watch closely for much more stuff). 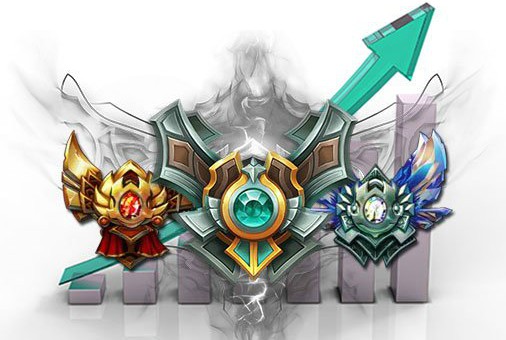 I know there are much more ways to improve in LoL, but these are the steps have helped me the most during my MOBA journey – I hope they are also helpful to you in the future. Dedication and discipline is key, so don’t give up even if things don’t seem to be clicking right away – be persistent and you will be able to reach your end goal!

Thanks for reading and good luck on your path to Diamond League! I hope to play against you there one day!