Heh, greetings!! Today, we will be embarking on a new Hearthstone deck building adventure. We have already completed building the Tier 1 deck lists for this new meta game. These were the Highlander Priest, the Jade Druid, the Tempo Rogue, the Token Shaman and the Mid Range Hunter. We covered the full builds for the first three but went with the budget friendly Shaman and Hunter since they are still exceptionally strong even with stripped down versions.

Now we will be moving on to the Tier 2 lists. You might be wondering what we are going to cover today? If you noticed the greeting, you would immediately know that we will be covering a list from the Warrior class.

The Pirate Warrior was considered a top Tier 1 deck for a long time. It was the most banned deck during the HCT Winter Championships in the Bahamas last April. Pirate Warrior is also one of the best loved and most hated packs in the meta. Aggro players love it due to the blistering pace of the gameplay while people who went up against it hated it so much that whenever they used to see a Pirate Warrior, they automatically concede. It also has weathered the storm during the Ungoro days.

Sadly, all good things come to an end as Pirate Warrior got hit badly when the recent nerf wave hit. But do not fret. It still is a very strong Aggro deck. With a few additions to the list and completely overhauling the spell choices, it is still a very viable force for Ladder ranking. It is also one of the decks that is very easy to learn, just like the Mid Range Hunter. Now, enough of me talking and let’s start the journey. In the words of Garrosh Hellscream, “Hahaha! Bring it on!”

Now, this list features a heavy load of minions. And heavy is a nice word for it since this only has 2 spells and 28 minions. We are cutting out Mortal Strike because it is a very situational spell to deal damage and Heroic Strike due to adding Prince Keleseth on the build. This whole build will cost you 7,440 Arcane Dust for the full build but can be significantly lesser if going for a more budget friendly version.

The Legendaries needed are Patches the Pirate which is a core card, Prince Keleseth who is a newer core and is the reason for the minion heavy list and Captain Greenskin for the weapon buff and just because he is a Pirate. Greenskin can be substituted for Leeroy Jenkins, who is also another Legendary with Charge or if you are opting for a cheaper card, Reckless Rocketeer is your best bet as it is a Basic card and will cost you nothing.

The Rares consists of two copies of Upgrade, Bloodsail Cultist and Frothing Berserker.

The Commons are in abundance, mostly from the Pirate family. These are N’zoth First Mate, Southsea Deckhand, Dread Corsair and Naga Corsair. The other Commons are Fire Fly and a single copy of Spellbreaker as a tech card. If you are playing against a Control deck, you can always remove one Naga Corsair and substitute it for a second copy of Spellbreaker. The Basics to complete this list Korkron Elite and both Warrior weapons which are Arcanite Reaper and the recently nerfed Fiery War Axe.

Now, this is the part I love. I will teach you how to play Pirate Warrior. At the beginning hand selection screen, always keep First Mate, Keleseth and Fire Fly if you have them. If Patches is in your hand, mulligan it out since it will always be summoned for free if you play a Pirate. Other choices to keep are Upgrade and War Axe.

If you are playing first, always play First Mate since it gives you a 1/3 weapon and summons Patches into play if he is not in your hand. You can then attack with Patches directing it to your opponent’s face and if you have a War Axe in hand, you can go ahead and attack with the Rusty Hook. If you have Keleseth in your hand that will be the one you will play on the second turn as he will buff all your minions in your deck.

If you are playing second however and you have the Coin in hand, the same rule above applies for keeping and mulliganing cards. Your first turn, however, will be coining out Keleseth if you have him at hand as he will surely buff all other 27 minions in your deck. You can then play Fire Fly and First Mate on turn 2 which will widen your board with harder hitting versions of themselves. The key is getting Prince Keleseth out early so that all your creatures benefit from the buff he is giving out. He is also the reason why other 2 drop options were removed from this list. 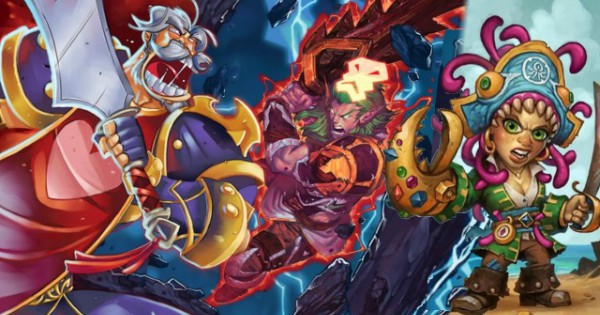 Now that we have figured out the opening move, winning with this list is easy. All you need to do is just to utilize the Pirate synergy of the cards and also efficient trading by using your weapons. You need to protect your minions by removing threats using your weapons. Do not be afraid to take damage since your creatures can do much more damage in the long run if they stay on the board. This list is specifically geared towards the synergy between each card.

Frothing Berserkers which are not even Pirates, can be ramped up by trading with minions or killing off your opponent’s creatures with your weapon. You can also buff your gun damage by using Upgrade, Naga Corsair, Captain Greenskin and also Bloodsail Cultist if you already have a Pirate in the board. If you have a high attack weapon equipped, you can summon Dread Corsair for free with it. To top it off, if you have a wide minion board which consists of Jack Sparrow and his friends, Southsea Captain will make them hit harder.

Bittertide Hydra is your main biggest threat in this list. This minion is the new finisher for this build and can decide games quickly if you play it on the curve. This is also the reason why I did not include Leeroy Jenkins as Hydra hits harder than Leeroy for the same price. Just keep in mind, however, to protect the Hydra as much as you can by killing off your opponent’s minions. This is due to the Hydra’s ability which damages you for 3 damage every time Hydra takes damage.

He is also a very good target for Spellbreaker to silence this pesky ability. The first thing your opponents will then try to remove is this minion just because it hits your opponent’s face very hard with 8 damage. This will protect your other characters on the board if they have not removed it yet as a silenced Bittertide Hydra always becomes a priority. 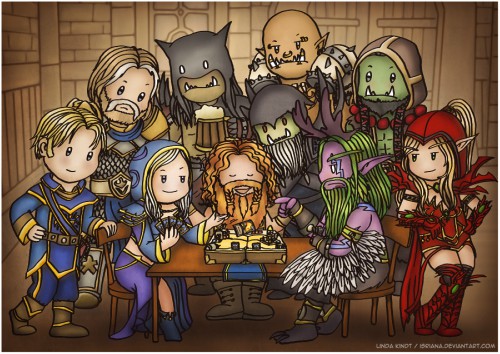 Now before we end this guide, there are a few things you need to remember. You can always go face with the weapons if this has a higher attack than your minion and one of them can safely trade. What safely trade means is that if your minion can survive while killing your opponent’s creature. If there are no targets on the board, then your weapon’s target is the face. Do not be shy with smacking your opponent with your equipped gun.

Always check the border of Bloodsail Cultist before playing it if you plan to buff an equipped weapon. A green border means you do not have any Pirates in play and a yellow border means it is good to go. Captain Greenskin will also buff your weapons but with no conditions like Bloodsail Cultist.

Just keep these nifty reminders in mind whenever you are playing and you will surely succeed using this list as it is very easy to play. For now, I bid you farewell and just continue playing with this list.

Lok’tar Ogar!! For the Horde!!

Hey guys, Karmakeddon here again and now I will be discussing some tips if you are going to be playing Hearthstone and not planning to spend any money on it. Basically, you would be able to reach higher ranks even if you are a F2P player as it has been proven time and time again […]

Greetings lads! We are back at it again with yet another Hearthstone deck building. We are going back to our original format of the Aggro builds, but this time, however, this is going to be a top tier deck that is being used by players such as Asmodai, Sottle, Mitsuhide, MrYagut and Thijs. Each of […]