Electronic sports used to be a niche market just a few years ago. The competitive teams started appearing at the beginning of the 21st century, but it wasn’t until very recently, circa 2012, that eSports truly exploded around the world and professional gamers started getting the recognition they deserved for all the hard work and dedication they put towards their games.

In this article, we are going to go over a few points you should consider if you are planning to create your own eSports professional team – but first, we should look back at the history of the pioneering crews and see what they did to achieve the success they have today.

In this section, I’ve chosen two squads that have always been present and at competing at the top since the early days: Team Liquid and Evil Geniuses.

Evil Geniuses was founded in Canada in 1999 as a Counter Strike team. At the time, there were close to zero global tournaments and the competitive scene was based around local LAN events. A very important share of EG’s success can be attributed to Alex Garfield, who joined the crew in 2004 as the CEO – he helped build the Evil Geniuses brand and acquired many sponsors. He also helped EG branch out to numerous other games besides Counter Strike, mainly Dota (and Dota 2 afterward), Starcraft: Brood War and Starcraft 2, Halo and Fighting Games.

Team Liquid is also one of the oldest squads on the scene and one of the most relevant ones nowadays, across many game genres. The organization was founded in 2000 by the dutch Victor Goossens (known as Nazgul) as a Starcraft: Brood War crew. At this time, players didn’t even receive salaries to play for the team – at most, they’d get some peripherals such as keyboards, headsets, and mice.

Liquid cemented their space in the eSports scene by having a huge community always present at their site and forum. Over the years, this helped attract many high caliber players and sponsors as Liquid grew bigger and bigger, branching out to other genres like EG did. Nowadays, Liquid has one of the best rosters in Dota 2 and CS GO, 2 of the 3 biggest eSports titles in the market. They also have professionals in Starcraft 2, Hearthstone, Overwatch, Fighting Games and League of Legends. 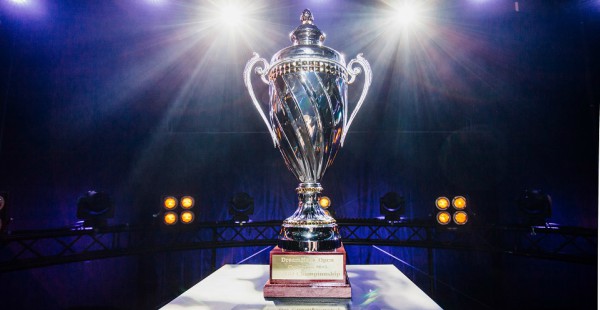 What can you learn from TL and EG?

If you want to create an esports team from scratch, it would be wise to mimic those who did and had great success – that’s why we went a bit into the history of the 2 organizations above.

If you take TL as an example, it is a crew built around a community site. Over the years, many people were responsible for moderating the forums, writing articles, posting replays and game analysis – all of this contributed to build the Liquid brand and grow the fanbase. For your squad to grow organically, I would recommend investing in the community behind it. Make the people feel important and part of the project as you go forward, as this only strengthens your organization.

Looking at Evil Geniuses we can draw some other advantages you can apply to your own project. While Liquid was mainly a team based on the passion of the owners and the community, EG had a much more professional approach once Alex Garfield became the CEO. He led the organization in a very efficient way and saw it as a business like any other – making rational decisions and maximizing the team’s growth, exposure and consequently revenue.

This professionalism that EG has shown over the years is also something you should mimic in your project. Mix the seriousness and professionalism with a strong community behind the project and the skies are the limit.

However, this is easier said than done – that’s the reason you don’t see a bunch of Team Liquid’s and Evil Geniuses’ around – it took a lot of hard work and dedication from the founders and early participants to take the organizations to the level they are at today. There have been plenty of projects that failed and went bankrupt in the Electronic Sports market, so be careful with all the decisions you make. 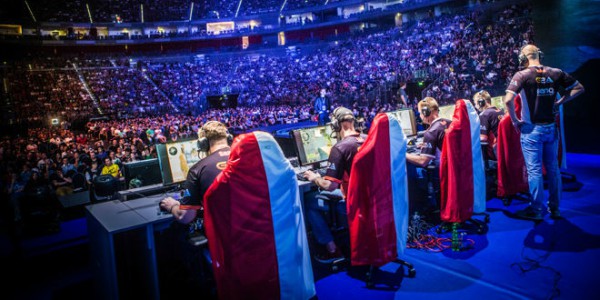 On top of the things discussed and analyzed above, there are some other factors you should take into consideration before starting your project, such as the initial investment.

Nowadays, eSports is expensive. Back when the scene was just starting, people dedicated their time for no financial return – there wasn’t any money in the scene, so they did it because they were passionate about it. This has changed a lot since then, as now some players are reported having over $100.000 USD salaries, team houses costing a lot (and they’re a must in today’s environment), etc.

Running an eSports organization is no easy feat if you want to start at the top. Hiring the managers, players and setting up the necessary infrastructure for the team will cost you a fortune. Two large eSports markets right now, League of Legends and Overwatch, even charge the organizations a big fee for a spot in their premier league so even that has to be taken into account.

Since spending a fortune to get started is probably out of the question for most readers, there’s only one path we can take: starting small and taking small steps towards the top. I would suggest you find local players who are good, talented and dedicated to the game and teaming up with them. Found your organization and start competing and building a reputation locally, already treating the crew as a business (with fixed training hours and whatnot).

This won’t cost you much as the players will be happy to earn even a little for doing what they would be doing for free anyways, and if their results are good and the team is progressing together, you’ll have higher chances of landing some sponsorships to help offset your costs. Building a brand is important, so it would be nice if the players could stream their games on twitch and start getting a regular audience and fan base.

With time and wisdom, if you’re having success, you can think about scaling into other games, hiring better players to improve your roster or even raise their salaries to a point where they can be considered full time professionals. Just remember to take on the challenges presented with a rational mind and don’t get ahead of yourself, spending too much or promising things you can’t deliver – that’ll tarnish your name on the scene and make it even harder for you to reach the top as an org.

This is only a small summary of ideas and suggestions for you folks that want to chase the dream of creating an eSports organization – do more research on your own and don’t be afraid of starting things slowly – remember that Liquid and EG started from nothing and now they are huge powerhouses in the market.

See you next time! Good luck

Hello, betting fans! We’ve had quite a few articles about sportsbooks the last couple of weeks – we talked about how to choose a good site to bet on, tips on maximizing your profits and types of bet. Today, we’re going to analyze and go through the esports deposit bonus that platforms offer and everything […]