Greetings traveler! Today I have some good news for you. Hearthstone Choose Your Champion event is already up for the preparation of the HCT Summer Championships in sunny Los Angeles, California. The Choose Your Champion event is free to join, and it is your chance to get free packs depending on the player you pick. This is a big help for newbies as they will be able to bolster their accounts with new cards from the packs that will be given out as rewards.

The reward packs will be the new Frozen Throne expansion, and it has some very good Legendaries in it like Prince Keleseth and The Lich King. The minimum you can earn from this promotion is 1 Frozen Throne pack and if your pick takes it all the way, you can get a whopping 4 packs. Everybody is a winner as you just need to choose a player to gain at least the first Frozen Throne pack. The deadline for submission is on October 11th at 23:59 PDT

The participants for the said event will be the 16 HCT Summer qualifiers winners, with 4 representatives coming from the each region. I have covered the participants in a previous preview I wrote regarding the Summer Championships. The only difference there is that Jiajia from China changed her name to SHRoyalBaiZe since she just recently got a sponsorship. Only two players from each division will advance to the quarterfinals and each competitor will play against a player from their group once. 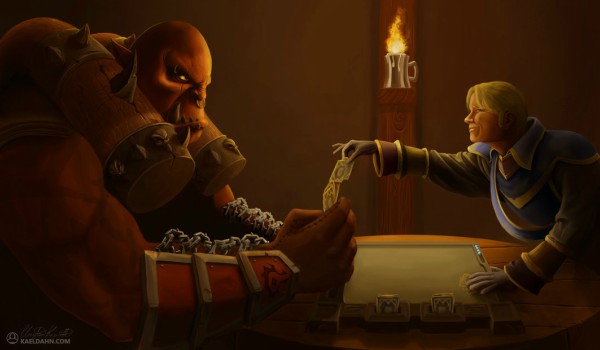 The Groups have been released already and division A will be Trunks from China, OldBoy from the EU, Nalguidan from Americas and Tom60229 from the Asia Pacific Region.

From this group, I see Trunks and Nalguidan advancing to the next round but OldBoy might be able to provide some resistance as he recently proved that he is a good player. The first matches for this bracket will pit Trunks against OldBoy and Nalguidan against Tom60229. If Trunks plays slow at the beginning, we might see OldBoy steal a win from him. Let’s just hope that Trunks stops playing like a turtle and start acting aggressively, just like how he played in the Star Series.

Group B has Purple from Canada, Uya from Japan, Amyks from Poland and JasonZhou from China.

I see Purple topping this division and JasonZhou coming in second but Amyks might surprise us, given his recent performance in the EU Qualifiers against Pavel. The opening matches will be Purple vs Uya and Amyks vs JasonZhou. This division already has clear cut winners with Purple and JasonZhou in the mix. Both of them have the most experience and also have been in the main stages like this a lot of times.

Group C has Surrender from Korea, the Pokemon player YAYTears from America, the Chinese OmegaZero and the Swedish Orange.

This is in my opinion, the Group of Death as there are 4 heavy hitters in here. Orange will surely top this bracket due to his recent records in Ladder and Qualifiers. He also came second place in the WESG tournament last year. A close second would be YAYTears due to his consistency. OmegaZero, although a very smart player is not consistent enough and he sometimes chokes during big games and Majors.

Surrender and YAYTears will kick off the matches in Group C and it will be one of the exciting matches to watch as both tend to use mid range decks and has a very fast playstyle. OmegaZero and Orange will be the battle of the giants and will also be the one to watch. The victors from this bracket will not come out unscathed as this is the most competitive bracket of all.

Group D is all Pavel, the current World Champion. He is joined by Baize from China, Cocosasa from South Korea and Empanizado from Mexico. 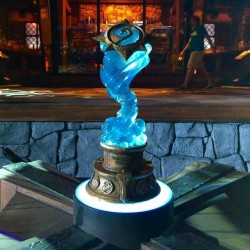 My personal pick to win Hearthstone Summer Championships is Pavel, and that is not just the Group Stages. Baize is still new to the competition so I don’t know how she will adjust when she sees a different meta. Cocosasa will most likely take the second place if Baize cannot do it. Empanizado is just too inconsistent with his decision making during matches, that’s why I am not keeping my hopes up with him advancing. But hey, he might surprise us since he seldom shows his brilliance during matches. And I played with him before in an online tourney and he rekt me.

If Baize manages to get a win against Pavel in their opener, she would have a very big chance of advancing to the next stage. But we all know that Pavel will steamroll this whole bracket and probably win all his games as he has more experience playing on the big stage unlike the other competitors in this bracket.

I am picking Pavel for the Choose Your Champion event and Orange, Purple and JasonZhou complete the 4 man roster to be included in the Hearthstone World Championships. I want to see a JasonZhou vs Pavel go head to head again in the Grand Finals of this tournament or maybe a replay of the semi finals that happened last year.

In other news, Blizzard will be unveiling a new expansion on November 3rd. This will be the final expansion that will be released this year as Blizzard promised that they will have 4 expansions in Year of the Mammoth. The first one was Mean Streets of Gadgetzan to kick off the Year, then came Journey to Un’Goro during the Winter Championships. The third one that was released is the current one we are enjoying, The Knights of the Frozen Throne, and the last one will be announced on November 3rd.

Now, I am excited on what they will give us as the Warcraft lore is very wide and they still have not covered a lot of it. Will we see a new Race? Or will they highlight an existing race and buffing it? I don’t know what is in store for us, all I know is that it will be very exciting.

That is all I have for today, and remember to get your votes in before October 11th to avail of the free Hearthstone rewards the Blizzard offers. Once again, this is Karmakeddon, and you guys stay cheeky.

Heroes of Warcraft, or Hearthstone in short, is based on the lore and the world of Warcraft. You are set inside and inn where heroes play against each other using cards. It is a virtual collectible card game, much like Magic the Gathering, Yu Gi Oh and Pokemon. It has a single player mode where […]