She is the team captain of New Zealand for Hearthstone Global Games. Not only that, she is also a graphic designer, a model, and a caster. She has cast all the big Hearthstone tournaments in South East Asia, from Thailand to Singapore, all the way to the Spring and Summer Preliminaries. Not much is known about her competitive record aside from coming in 3rd at the ESL Hearthstone APAC Open Series. Enough of my blabbering, let’s get to know more about her.

Q: Hello, Pathra! Lovely to see you here today. For all of our readers who doesn’t know you that well yet and wants to know more, can you tell us something about yourself?

A: I am a huge animal lover and I can’t live without chocolate milk.

Q: Well, we already have seen that you’re a strong ladder player, which makes a strong player in general. Are there other competitions that you have won recently aside from the majors?

A: Just a couple of open cups online.

Q: Well ESL was a big one. So, you’re the one being watched right now. Does it add more pressure that you’re under the microscope rather than on the other side of the camera analyzing the plays?

A: I think that try harding on ladder and streaming at the same time don’t always go hand in hand. I try to make it work. But in the end, I do still make misplays every now and then, and I think all streamers do from time to time. I used to feel a bit of pressure before, but over time not so much anymore since I’m kind of used to it. My regular viewers know more or less my skill level and have seen a lot of my accomplishments done on stream.

Q: You’re a streamer and a model as well. With so much to juggle at once, does it affect your preparation for major tournaments like these or not?

A: I prefer to focus on streaming more than modeling and graphic design these days and I hope to keep it that way since I prefer my life more as a streamer. If I have tournaments then, of course, I have to make the time for it. I would pick preparation for tournaments over streaming sometimes especially since I am the captain.

Q: Well, we do enjoy watching your stream so that is a good thing. And as the team captain, what kind of decisions do you make?

A: As a captain, I basically call the shots. Meaning at the end of the day its what decks I choose to submit and who plays what. But basically what I do with my team is I give them a bunch of decks and pairings and why they are laid out this way to counter certain things. But I am always open to my teammates’ needs regarding their decks and preferred tech.

Q: Aye aye, cap’n!! Being away from your team, does that affect communication between you guys whenever you play in a tournament setting like latency issues or what not?

A: Yea it does. We aren’t physically together. I’m currently in the states, another member is in Japan and the other two are in New Zealand. We are in pretty much different time zones and I know a couple of them are still in school. It’s hard to catch each other at the same time online. We only had one issue of someone getting dc’ed one time. But it, fortunately, didn’t mess up any of our turns.

Q: Un’goro has added a new feature in the game, Adapt. What are your thoughts on this addition?

A: I like the adapt feature since it feels like you are customizing your minion. It’s just currently stronger in certain classes more than others.

Q: Amen to that. I’m looking at you Vicious Fledgeling. Anyway, can you tell us the card from the last expansion that you miss the most? And why do you miss it?

A: A card I miss the most is probably Flamewaker. It was a lot of fun to see where its passive missiles would hit. It’s what kept tempo mage alive. There was always something about watching tempo mage games which made it fun and I’m pretty sure it was that card. 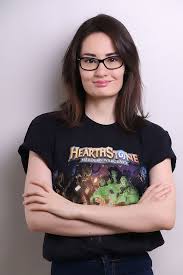 Q: RNGesus spotted!! Well, we are nearing the end of our interview. But before we go, let’s head over to the Nozdormu Round.

Q: Thank you very much Pathra for having us. Would you like to make some shout outs?

А: No shout outs. I do most of my work on HS alone.

And there you have it! Pathra, captain of New Zealand. Catch her stream at twitch.tv/Pathra and follow her on Twitter @PathraCadness.

This is Karmakeddon, and you guys always stay cheeky! Cheers!

A New Star Is Born: An Interview with CaraCute

She almost made it in this year’s Winter HCT in Bahamas, only missing out on a berth by place. She is one of the rising stars coming out of the APAC Region, currently representing Team Philippines in the Hearthstone Global Games. Now we will get to know how she, a pro gamer/entrepreneur/mom prepares for major tournaments […]

Today, we have one of the biggest names to ever play Hearthstone gracing us with his presence. He is a regular face in major tournaments globally, yet a lot of people rarely know him. He plays against top tier names in tournaments and gives them a run for their money. I’m talking about Staz, one of […]