Greeting everyone! Today’s article is going to be focused on the fighting games genre scene in electronic sports.

If you’re already a fan, hop on and enjoy the ride – and if you’re not very familiar with the professional scenes of titles such as Mortal Kombat, Tekken, Street Fighter, Smash Bros (and many others), this article is a very good opportunity to learn a thing or two – after all, as gaming fans we should always support the other genres because in the end, it’s a win for everyone when eSports grows.

In this section we’ll briefly go over some of the names that make up the fighting genre for electronic sports, taking note of the best players (or teams when it applies) and the most prestigious events – you’ll see that usually, the big tournaments host a variety of different fighting games simultaneously, which really brings the community together. 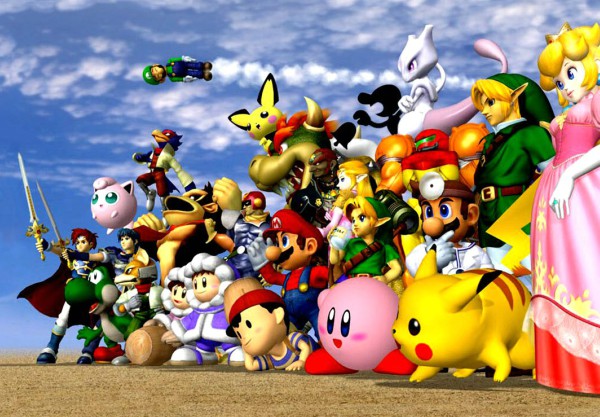 SSBM is around the scene since its inception basically. It is very competitive by nature, so it’s only natural that shortly after it’s launch in 2001, that many tournaments started adopting the Smash Bros Melee.

It was originally released for Gamecube and a newer version was released for the Wii U later on, but the original title remains as the most played still to this day. Since 2002, SSBM has already distributed roughly $2,4 million in prize money – with the biggest winners being Armada (from Sweden), hungrybox, mew2king and mango, all 3 from the United States of America.

The largest event of the year for the franchise is usually the Smash Summit, and the title was also featured on many different Dreamhack editions. 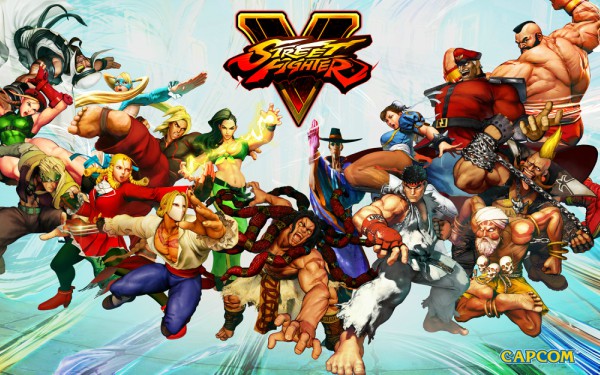 Street Fighter is perhaps the most famous fighting franchise in the world. Since the era of arcades and up to this day of powerful consoles (such as the ps4 and xbox one), SF is always among the most played titles of the genre.

The last 2 editions of Capcom Cup distributed over $500 thousand dollars in prize pool, a very big sum for the FGC (they usually have much smaller prizes than MOBA and FPS titles, mainly due to the smaller popularity of the genre).

Some notable players are Infiltration (South Korea), Tokido (Japan), Punk (USA) and NuckleDU (USA). They’re all top players who consistently reach the top 8 in everything they attend. 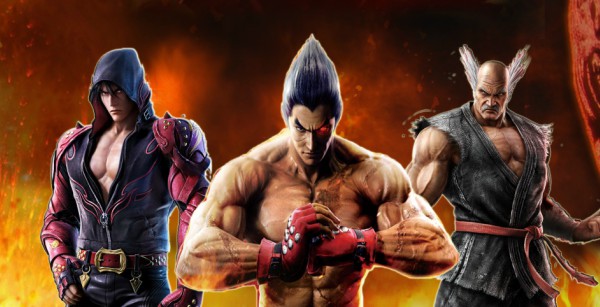 The Tekken franchise is also very famous, but I’d put it a little bit below Street Fighter in terms of popularity and playerbase numbers. The latest addition to the franchise – Tekken 7 – has been doing very well eSports wise, with many tournaments happening frequently and many people competing with increasingly higher skills each time.

The total prize pool for Tekken 7 rests a little above $300 thousand dollars, with the top 5 highest earners being dominated by South Koreans – the #1 is from Japan but the other 4 are all from SK. 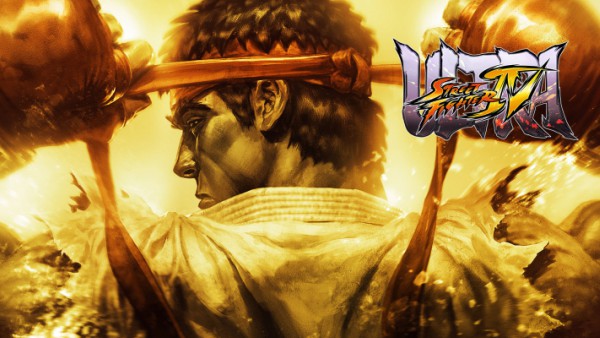 Another one of the SF franchise makes it to our list. USFIV was released in 2014 and has amassed over $700 thousand dollars in prizes as of today. Most competitions currently run on SF4, but this Ultra version has its place in history for the many historic events it produced.

The top 3 highest earners for the title are from Japan – Kazunogo, Daigo, and momochi. The fighting scene is very big over there, so that’s not a surprise to anyone. Daigo is even considered by many people within the community to be the best SF player ever, considering all the titles from the franchise.

Capcom 2015 had a $250 thousand prize pool and was the peak of the competitive scene for USFIV. Some EVO’s and Dreamhack’s also featured Street Fighter during its spell on the professional scene. 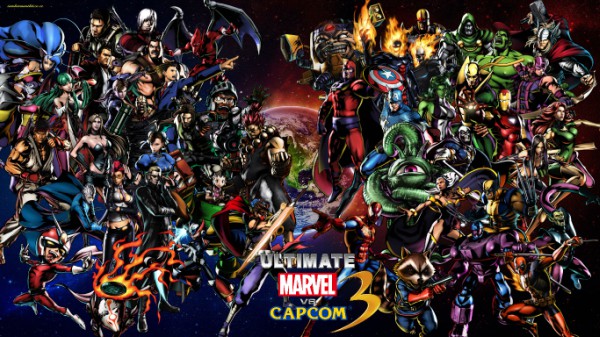 The 3rd release of the franchise was presented in 2011 and most of its professional competition is taken place during the yearly EVOs. For this reason, the highest earners are from North America, where the events are held.

Developed by Capcom, it doesn’t have the same support as some of the companies’ other titles, but the community behind UMvsC 3 is pretty big and supportive, hence why it’s still alive and kicking after so much time. 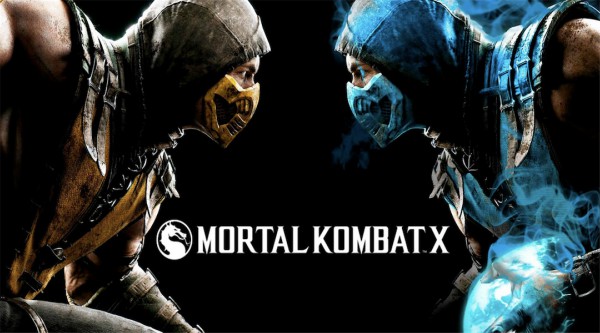 Yet another legendary franchise, Mortal Kombat has fans all around the world – almost everyone you meet has played at least one of them.

Its competitive scene is dominated heavily by North Americans (with SonicFox being the undisputed best player), and has already distributed over $500 thousand dollars since its launch in 2015.

Mortal Kombat X is one of the leaders of the genre currently (along with other big names such as Street Fighter IV), with lots of hype and new players joining the community constantly. 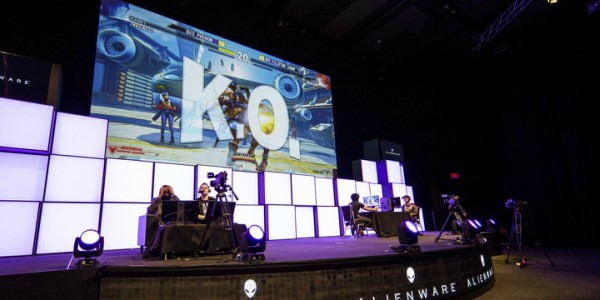 In this section, we’ll go over the largest events that support the FGC. There aren’t as many 3rd party companies hosting tournaments as in the MOBA, FPS and RTS scene, so the ones that have sticked around are extremely cherished by the community as a whole. 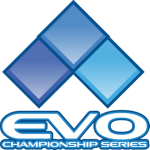 Evo is the most expected time of the year for anyone in the fighting game esports community. It brings the best players from many different titles together for a week of crazy and insanely skilled action.

It was founded in 1996, back when electronic sports was considered just a fad or a hobby by the mainstream media – and starting from 2000 has had yearly events, always increasing in a number of people attending, players competing and games hosted.

Some might even say that EVO is the entire backbone of the entire genre. Without EVO, many games would cease to have a competitive scene and almost all others would struggle to find sponsorships and funding to keep the professional players dedicated exclusively.

Capcom Cup is a yearly event held by Capcom to promote their own published titles. It was founded in 2013 and has been met with great excitement by the community.

Currently, the Cup holds competitions for Street Fight V and Ultra Street Fighter IV, the two most played games of the company.

The prize pools for these events are very big when compared to EVO – the 2015 and 2016 editions, for example, had $250 thousand dollar pools for each title, figures never seen before in the FGC. 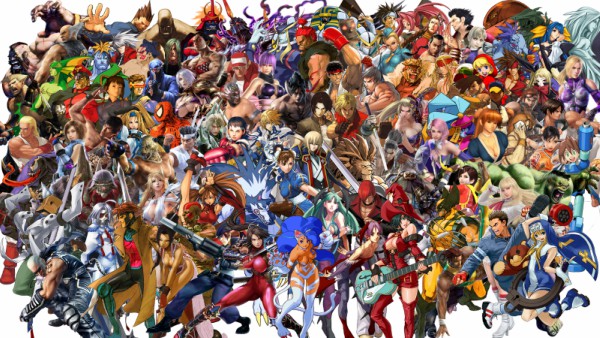 The electronic sports niche market is growing as a whole (and at a very fast pace) over the past few years, and with the Fighting genre, it’s no different. We should expect EVO to keep expanding it’s prize pools and the number of games offered in the upcoming years – along with many other events being created to host tournaments of the genre.

The biggest challenge for the publishers of these games is the fact that despite having a huge playerbase in consoles and PC’s, not many people take part in the competitive aspect of the game – almost everyone just plays casually and doesn’t bother watching or supporting the professional scene. Should Capcom and others find out how to solve this “problem”, the growth will be even bigger in the next upcoming years.

That was just a little taste of what the fighting genre has to offer – we hope you enjoyed your read and learned a little bit more about a different eSports genre (in case you were not a fan beforehand). Thanks for reading and we’ll see you in the next article!