What is skins gambling and does it involve people betting their actual skin in some variety of bizarre underground betting parlor?

NO! The Skins are special paints and designs for weapons in the massively popular PC game Counter Strike Global Offensive commonly abbreviated as “CS:GO”. They allow players to express themselves and show other guys that they are a well known gamer or an extremely skilled one. In CS:GO these drawings are a far cry from such systems in similar games because these are more than just decorations. They are a source of pride for the holders of the rarest and or most valuable items.

How and why are skins “valuable” and what causes an item to be considered “valuable?”

In CS:GO they are different from the analogs in other games. In that they act as their own form of currency, which players can use their knowledge of the game to place wagers on professional games. These drawings also hold monetary value and can fluctuate in price and players have the ability to win weapons and then sell them on 3rd party websites or the betting site itself. This has created its own sort of economy where players can use their skills and knowledge to potentially gain valuable items to sell on other services or on Steam.

How big is skins gambling?

In a field led by Chris Grove who is a partner at Narus Advisors, said “we estimated that $7.4bn worth of ingame items would be wagered worldwide by players across all skin gambling products in 2016” so as you can see the market is enormous and many players win big and others lose but have the opportunity to start over and try to get better results. With billions of dollars potentially to be made entrepreneurs flocked to the industry and has pulled in large amounts of money for the popular gaming platform Steam which hosts its own regulated item market. This is capped at transactions of $450 dollars which drove the creation of underground markets.

As menacing as an “underground skins market” sounds they were just websites where players could transfer their stuff from Steam using its publicly accessible API or Application Programming Interface – a system which allows other software or web hosts to interact with steam to do things like provide automated content or issue game updates. This is what programmers used to make ways for items to be transferred from person to person or sold for way higher amounts than previously allowed by steam.

Then how are people gambling skins?

It is very alike, if not just like any other sort of gambling where guys place a wager on a team and depending on the odds of that team winning the payouts are determined accordingly. It is a very similar betting system as horses if you pick a horse with worse odds you get a larger multiple of your money in return. Now lets say you have a skin worth $1,000 and there is a match coming up between two teams and you pick the side that is not the favorite to win you would have the potential at earning more money for making a riskier wager. This is different from tradition wagering in that players are encouraged to take risks creating a more balanced book. At the same time ingame items can also be used for a different types of Casino games, such as Roulette, Blackjack and many others. 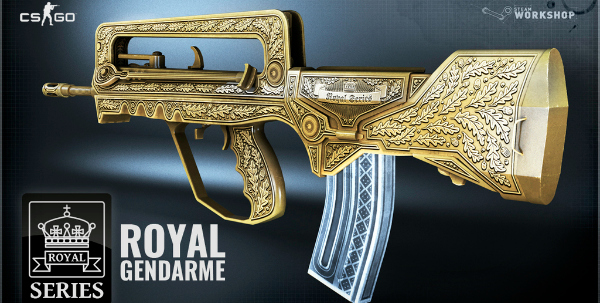 Why do people want skins anyway?

Because it can frequently lead to more popularity for a person’s YouTube/Twitch channel if they have a drawing which people know them by and are more likely to watch their channel. This means that youtubers with the coolest or most unique items often get more views and subscribers which in turn contributes to more revenue from ads and more sponsorship opportunities.

Are skins actually worth anything is this one of those bubbles?

They have actual value because can be applied to drive profits for makers of game recordings and for professional gamers so it’s not just based on the idea that it is has value. It can actually be used as a tool to drive profits for many businesses mainly videos and professional gamers. This implies that the market for items is both for players who want to show off and individuals who have made lucrative careers from their game footage.

Whether the skins market is positive for the gaming world or the gambling world for that matter, simply what is certain is that it will definitely have a huge impact. Will it lead to a future where esports become a sort of alternative sport because remember not all of the sensation behind esports is because of gambling. Some people watch it for entertainment and a lot of traditional sports are largely driven by betting but also by people who just enjoy the action.

Thanks for reading my article. Be on the lookout for future articles, and I will see you next time! Good luck!

Esports Betting Odds Explained: How to Choose the Best?

Howdy y’all gambling aficionados! Today, I will be tackling yet another very important topic for you. That is eSports betting odds. Now, why is it that important of a topic you say? Betting odds are what separates between you making money, or risking too much of your bet that it’s not worth it. This is […]

Today, I have something that I need to talk about. This topic affects all of us esports fans, whatever game you might like to watch in your free time. Be it CS:GO, Dota 2, League of Legends or even gamers from the mobile gaming community. This affects us all.  So what I am talking about […]