Mobile gaming is becoming a very big trend lately. The current games and esports market nowadays feature a lot of these titles. There are strategy games such as Auto Chess and Clash Royale. There are shooters such as Rules of Survival and PUBG. Heck, there are even MOBA titles that rival League of Legends in titles like Mobile Legends and Vain Glory.

In my honest opinion, we will have a lot of esports related tournaments regarding these titles. Right now even, Mobile Legends is starting to gain traction, which in turn attracts a lot of major sponsors from all around the world and thus be able to form their own esports communities.

Now, with the rampant increase of these games, there has been an opening that was created in response to these. There have been a lot of professional players now who compete in the prestigious tournaments of these titles. Not only that, but these people have been streaming their gameplay on a lot of sites such as Twitch, Mixer, YouTube, and even Facebook Gaming.

Now, you might think “But they are on a cell phone! Streaming is PC only!” Well, my friends, you are wrong with that. It is actually possible to broadcast using handheld devices and phones nowadays. With some of these phones and devices having parts in them that are powerful, this is possible now. So today, I will be talking about a new frontier that is slowly being explored, mobile streaming.

Mobile streaming is actually not a new thing. It has been done in the past, although quite rare to see. Back then, you can only broadcast on Justin.TV or on Twitch.TV if you are using a PC or Mac. There was no way to stream mobile games back in the day, aside from using a nifty little program called Blue Stacks. I remembered back in the day, that I was already streaming my Clash of Clans gameplay in Twitch TV and also on Facebook Gaming.

However, I was not doing it on my phone alone. I had to use an El Gato capture card, then have a USB-C to HDMI cord and send the video signal to my El Gato, then send the images to my PC so I can input it on my OBS as a capture device. It used to be a lot of work to be able to just do these, and then I discovered Blue Stacks.

Blue Stacks is an application on the PC or Mac that will let you emulate anything Android related. This has opened a lot of doors for me as it was easier to broadcast this way with OBS as I just needed to capture the screen itself. I did not have to worry about running the signal from my phone to my El Gato. Blue Stacks was a godsend, and I have faithfully used it since then.

Nowadays, people barely use Blue Stacks anymore. First, it grabs too much memory on the PC. Well, the newer Blue Stacks versions anyway. And second, it is not free anymore. However, if you still are a gamer and still adamant to show your gameplay, do not fret. There are a lot of options for you nowadays and I will be exploring each and every one of them.

The first option would be StreamLabs. Yes, they actually have an app that can be installed on either iOS or on Android. This by far is your easiest option if you want to stream your games directly from your phone or device. If you have an iPad and then a Galaxy Note 9, no problem! You would be able to use the same StreamLabs account between the two platforms.

All you need is download the application on your phone or device, then sign up for an account. After that, you just need to link your stream key from either Twitch, Mixer, Facebook or YouTube on your StreamLabs app and you are set to stream your games. It is as easy as counting 1,2,3.

The second option is downloading an app by one of the streaming platforms that you want to display your gameplay in. Twitch, Mixer, and Facebook have the feature built-in in all their apps. What is better is that you do not have to import your stream key to a third party application. It can be handled within the app itself. They also have a game capture screen where it will capture any game that you are currently playing on your device.

The next option is the same option that I have been using in the past. With an El Gato Capture Card. In my opinion, this is still the best way to capture your stream. Out of all the other options I provided, this would provide the best quality out of all since you will be putting it out on a high definition output.

Aside from that, this would tax your device less, since you are not running the streaming platform on the same device, but instead running it on a PC, laptop or a Mac. You will be experiencing less frame drops and less lag on your stream, and it will not kill your battery. Aside from that, you will have options on which software you will be broadcasting on.

You can choose either StreamLabs, X Split and other broadcasting software to your preference. You will be able to adjust your bitrate, and even the quality of your output when you use these softwares, and thus have a higher quality stream. You can even add panels and advertising stuff on your broadcast by adding the stuff in on your software itself, in addition to the new El Gato Stream deck.

However, the downside of using this method is that it can be expensive as you will have to buy a capture card and have a separate computer that will handle the stream itself. The second downside is that it will involve some wires, mainly the HDMI output that links your device to your computer. 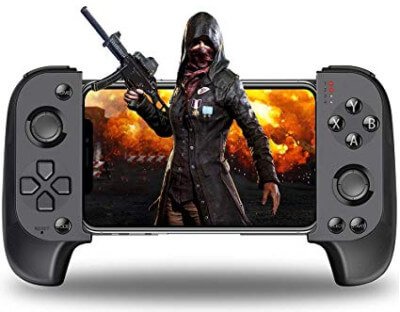 There is a definite future for streaming these titles from your mobile device. Some developers have actually incorporated a broadcasting platform on the game itself. Mobile Legends has a built-in option for you to be able to directly broadcast your gameplay to Facebook Gaming. If they add the other streaming platforms, it would be better in my opinion and more people would choose them over their competitors.

Aside from that, this will encourage a lot more creators to broadcast and who knows, some of them might get discovered by competitive teams if they play well. It is actually a win-winin scenario for both the developer and the player base and also the community as they would grow bigger and get a healthy competitive scene.

I would like to see other companies like El Gato developing a capture device specifically built for streaming. As for where it stands now, El Gato is the only company that has a market for that. And they are quite expensive. For a beginner streamer who is just starting, there is no way that they would be able to put out money to purchase a HD 60 card to have a very good quality broadcast.

Since the HD 60 is a workhorse, it not only handles handheld devices but even full-blown computers and even consoles. So for a streamer who is just going to stream mobile games, they would have a hard time justifying their purchase if they will not broadcast other titles in consoles or the PC itself.

Now having a different company who creates a much cheaper option that is geared towards mobile streaming would be great. We would have more streamers with a good quality broadcast but it would not break their bank.

Thank you guys for messing around 🙂 See you next time, good luck!

I have been playing a lot of games since I was a small kid. Many people nowadays call me an old school gamer. I started out playing my Nintendo system and tried speed running the Mario games, Donkey Kong and others. This was up until I was 10 and I discovered Magic the Gathering or […]

Easiest to Predict Esports Titles for Betting – What Games to Bet On?

Esports betting has been picking up lately as competitive gaming is starting to get recognized by a lot of brick and mortar bookies as a viable way to gamble. Back in the day, it was very hard to place bets for esports as only a few sites offer them. Most of those sites were not […]