This article is going to take a closer look into the past history of eSports, focusing on the sponsorship side of things. We are going to analyze the kind of deals that happened early on in the scene and compare them to the massive contracts and endorsements we see nowadays.

We won’t differentiate much between player and team sponsorships, as the former wasn’t really a thing until very recently (relatively speaking). However, we will also try to gauge the increasing interest and demand for individual contracts in our current market.

Electronic sports history goes way back (probably more than you imagine) – it all started in the mid-70s with arcade games. There was no internet back then, so all competitions were local and their reach wasn’t very big. The landscape of eSports didn’t change much up to the 90s with the arrival of multiplayer online games.

At this time, there was practically zero money to be made on the scene. No one grew up dreaming of being a professional player, and gaming was done on the side, as a hobby only. By the end of the 80s, games started getting more and more attention, with even some films and TV programs showing the competitive scene of some of the major titles back then.

The early to mid-90s

With the 90s came the internet, the greatest catalyst to the online gaming market ever. People were now able to play against anyone, at any time. This meant that guys were now spending much more time gaming (as it took way less effort to find good matchups or opponents) and they were getting exponentially better as well.

Before online gaming was a thing, you’d be stuck playing against a small pool of the same opponents in a local setting – which means the best players usually didn’t have good enough competition to really push them to work harder and improve. With the internet, these guys were able to play against each other in a way that benefited both parties and increased the general skill level of the scene.

It was in the 90s that the first teams started appearing (more towards the end of the decade). These squads, however, were usually just a bunch of friends playing together or people who met over the internet and created a ‘Clan’ or ‘Guild’ to keep playing and training together (and eventually competing against other groups in the famous Clan Wars).

Sponsorships were still scarce back then. Most of these teams didn’t get any financial support from playing the game – they had to cover all of the costs themselves (PC, peripherals, occasional travels, etc).

For the minority who did manage to attract sponsors, they were usually paid by local LAN houses in the form of free credit to train on their facilities. Nothing fancy – and as of this time there were no gamers going full time on eSports, it was mostly passionate teenagers who played and competed because they loved doing so, even without financial support (or very little).

Late 90s and into the 21st century

This local LAN setting for eSports lasted quite a few years in North America and Europe for games such as Counter Strike and titles from the fighting game genre. Around the year 2000 things started getting more serious – on top of the local scene blooming, some tournaments and events with greater reach started popping up on the scene.

Teams were still largely sponsored by passionate individuals who thought of it as a hobby (often losing money doing this, getting no return on investment). ESL and MLG were founded and started organizing national and international competitions – these events managed to attract the attention of corporate business for the first time ever in electronic sports.

Among the first companies to dive into eSports, we can list Samsung, Intel, Kingston, Microsoft, etc. If you couldn’t spot the trend, they were all computer related companies, as that was the only market the eSports were touching back then. And as we pointed a few times above in this article, these first sponsorships were only aimed at the big events – most teams still had to fund themselves somehow. 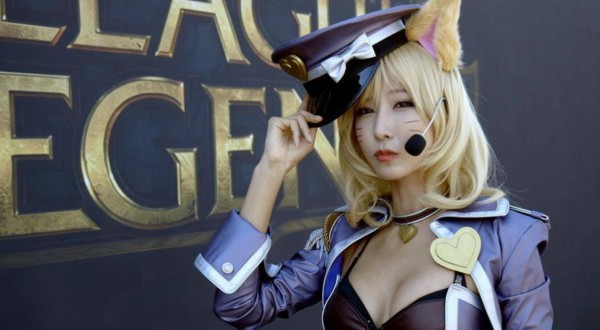 While NA and Europe were still on the model we talked about in the previous section, electronic sports in South Korea started getting really serious (and extremely fast). The entire country went crazy with the PC Bangs trend and the Starcraft 1 franchise.

In 2000, KeSPA (Korea e-sports Association) was founded with the purpose of managing the scene in the country. For the first time, players were able to focus on the game full time, receiving nice salaries and the necessary infrastructure to really improve their skill without having to worry financially.

In South Korea, the sponsorships were already huge at this time. Major telecom companies paid out a lot of money to the teams they sponsored (SK Telecom and KT Corporation), even creating a rivalry between both squads, much like the companies had. Samsung (also a South Korean company) was also on board and sponsored their own roster of Brood War players. Some other big companies supporting the scene at the time were WeMade Entertainment and the CJ Group.

South Koreans professionals started being idolized, appearing on TV, gathering huge fan bases (that last even to this day) – and some of them were making much more money than you’d earn on average working a regular job. The dream of becoming a professional gamer turned true and changed many people’s lives (some foreign gamers even moved to Korea to pursue this dream to become a full time gamer).

NA and Europe catching up

North America and Europe started catching up to Korea after a few years and also reached a point where players were given salaries and were able to live on comfortable gaming houses across the globe. Some peripherals companies started sponsoring the teams around this like, like Razer, SteelSeries, and HyperX.

The money was good but only for the top tier of professionals – most parts of the players trying to go pro ended up failing or having to live frugally for quite some time because of lack of funds. Many guys were scammed by shady organizations who ended up not playing (this goes for both teams and event organizers). The path to becoming self sustainable in eSports was very hard – annual and global events like World Cyber Games definitely helped grow the scene with the money they put in. 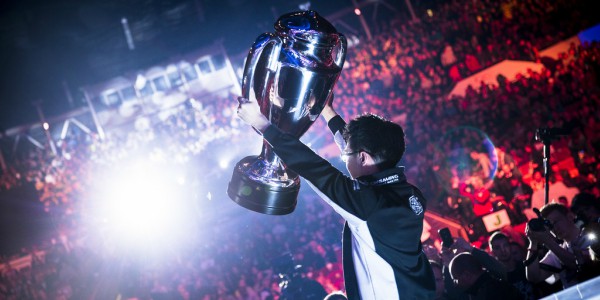 Where are we today?

Fast forward a few years, up to 2012 and beyond. There are plenty of sponsored teams and players all around the world – even in 3rd world countries, you can find a few organizations who are able to pay decent salaries for their rosters.

The best players across many titles are earning more than 6 figures a year in salary, plus a whole bunch more in tournament winnings. The audience is increasing by the month, attracting more and more people to the online streaming channels and live venues.

Big companies started to join the market as well. Nowadays you can see American sports franchises backing up some NA teams, European soccer clubs sponsoring CS GO rosters, huge companies like Mercedes, Audi paying to stamp their logo on the shirts of teenagers and young adults while they showcase their skills on the battlefield.

And this is only the beginning! Gaming is now mainstream, and it’s one of the most profitable (and growing) niches in the entertainment industry currently. Tournaments are being broadcasted on national TV, billboards with eSports personalities are everywhere – companies that have no products in the computer market are advertising and sponsoring teams and events.

Hello, there fellow eSports fans! Today, we are looking at Fortnite’s eSports scene and the future plans that they might have in the scene. Esports has been a rising market in the past few years. It is a billion dollar industry actually, and Fortnite wants in on that slice of the pie. That means more […]