There is nothing much more exciting to see when your favorite team or player pulls ahead against the opposition. Or your favorite race horse or favorite racer do a victory lap around the track just because they pulled up a clutch or just secured a Grand Prix.

However, the excitement doubles whenever you actually put money or invest in your favorite team by betting on them for the win. It makes it much more emotionally investing when you do that. The feeling that they get when they lift that trophy or cup, you get the same thing when you head over to your bookie and go home with a big grin and a pocketful of cash.

This has been the case even way back in ancient times. When the first Olympics was founded. There will always be a few enterprising people that want to take a risk just to get some extra coin in their pocket. Traditional sports betting will always be viable. Heck, it is a 3000-year tradition that will never go away. Sure, the rules have changed, or it has been modified to be more streamlined to the benefit of either the house or the gambler, but sports betting is sports betting. 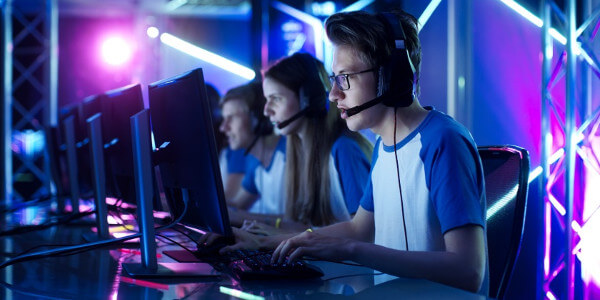 Fast forward to the 2000’s. Competitive matchmaking has been established with the introduction of LAN parties and also the internet. The early makings of eSports have risen. First came in the real-time strategy games such as Star Craft. Then first person shooters such as Halo for the first XBOX and Counter Strike became the main titles for the genre. Sometime later down the years, sports games have been added with the rise of Electronic Arts in the market. They started offering competitive tournaments for games such as FIFA, Madden and NBA 2K.

Many more years down the line, the prize pools for eSports has grown bigger with the introduction of The Internationals for Dota 2. It has even captured the main stage nowadays, occupying big arenas, getting TV time from major sports channels, and even getting featured in major news outlets. Esports has become a billion dollar industry and cannot be ignored anymore. With that becoming an economy, came the enterprising joes and the gamblers followed.

Now as most of you fans and gamblers as well, you are probably thinking which is better to put your hard earned money on when you wanted to place a bet. Well, I have had the same dilemma a few years ago, with me being a hardcore football fan, and also a major eSports fan. If you checked my last article, I even dressed up as one of the Arctic Krew members from the old Counter Strike games. So fret not and pay attention as I highlight the highs, lows and the differences between the two billion dollar industries and when to place a bet or not.

– Has been around for millennia

– Is much more streamlined and has more codified rules

– Major advertisement of the competitors and the sport itself

– Has a lot of bookies that accept bets from major leagues

– Bets accepted from almost anywhere, such as casinos and online

– Regulated by the law

– Match winners tend to be predictable on some leagues

– Due to regulation, any illegal gambling can land you time in prison if caught

– Similar codified rules as to that of traditional sports

– Has events year round

– Has been on for only just a little over a decade

– Only a few dominating teams as of the moment

– Lots of illegal bookies floating around and doing scams

Now that we have seen the pros and cons between these two industries, I can see and actually draw parallels and similarities between both of them. First off, both of these industries, one is an established giant, and another an emerging one. They have both attracted the eye of the media as well, with ESPN picking up Dota 2 tournaments and televising them as well as being featured in other outlets such as Sports Illustrated and Forbes.

Other similarities including the codified rules, with Dota 2 setting up their own Dota Pro Circuit as an acting global league for the competitors, which is somewhat similar to football’s UEFA Champions League. Overwatch League is also similar in workings to how the NBA runs its games, although with less matches. And CS:GO has its own set of codified rules which pits EU against NA teams, very much similar to how the Major League Baseball pits the American League and the National League in the World Series.

They even have roster and lineup changes, similar to the leagues that have their own transfer markets. Dota 2 has a yearly reshuffle post The Internationals. CS:GO tends to be more lax with their transfers, which usually occurs every end of a big major such as IEM, FaceIT or Dream Hack. 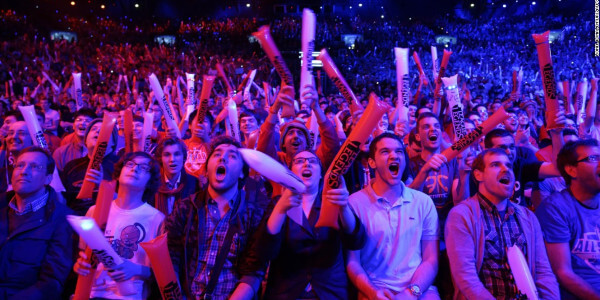 The acceptance of eSports as a viable emerging market is also noticeable as a lot of established sports teams have already started their own gaming divisions. The NBA teams such as Golden State and Dallas Mavericks have their own NBA 2K players. Heck, even Mark Cuban, the Mavericks owner, is an angel investor in a betting site that is co-owned by Ashton Kutcher.

The European football teams have their own FIFA players too that compete in the FIFA Interactive World Cup. PSG just recently acquired the gaming team LGD that mainly competes in Dota 2, while FC Copenhagen has North, a squad who competes in CS:GO. Other established teams also have their own League of Legends squads, Dota 2 squads or Rocket League squads. 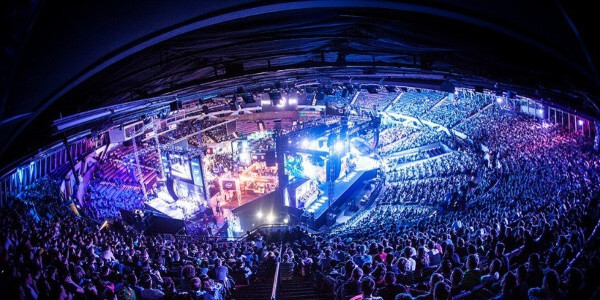 What about the future?

With all those similarities that we can see, there are also things that will never crossover from traditional sports on to eSports. Maybe in the distant future, it is possible, but not currently. Things such as weekly televised matches, large salary caps, and major television advertising are a thing for a distant future for eSports.

It will happen because we are entering the Internet age, but as long as there is a stigma for video games, eSports will have to take longer to be accepted by the older generation. For now, we will not be able to see million dollar prize pools for playing in fantasy draft in eSports just like what we see for fantasy drafts in the NFL.

We won’t be able to see insane odds such as when Leicester won the Premier League in 2015 in any eSports league where it stands now. We are getting there however as the prize pool for The Internationals gets bigger every year, Dream Hack getting bigger yearly and also Intel and every other computer company such as ASUS has been getting into the competitive scene lately in sponsorships and tournaments. Heck, even Mountain Dew and Monster runs their own CS:GO leagues.

It is not important what to bet on, it is important how

I originally wrote this article as a comparison on which is a better place to bet in, traditional sports or eSports. However, it has evolved into something more. It has been a learning process for me as well and I have discovered a lot of things. So I say, there is no difference in the gambling game. Be it a football match or a FIFA match.

You still need to do the research, you still need to put in money and hope for a Hail Mary to come across. Sure, the platform is different, one is played on a grass pitch while one is on the digital scape, but at the end of the day, they are both similar. They are both football, albeit they cater to different audiences. Same can be said for other games and their comparisons, paintball is to CS:GO, Star Craft and any other RTS games is to chess or shogi.

At the end of the day, it is all for entertainment, all you need to do is find your own favorite team, support them, place your money in a bet and hope for a profit! So from one gambler to another, good luck and always remember, be responsible.

If you are a frequent punter, whether e-sport or regular events, you will enjoy the benefit of knowing about this so called “mutual” or “lay betting”, which takes place in a bet exchange, rather than a bookmaker. Some on-line services provide the selection of a “betting exchange” rather of the set probabilities the bookies computes. […]