A little while ago, I talked about the advent of mobile esports. It seems that we are going towards that trend in the future. However, the main esports titles still come from the PC and of course consoles. With the current edition of next-generation consoles such as the PlayStation and the Xbox, one can see that console esports is here to stay and will be for a long time.

So join me in going back through time and see where console esports got its start and also what spells for it in the future. We will also be looking at the major competitive titles for both the major consoles and also from the past ones too. 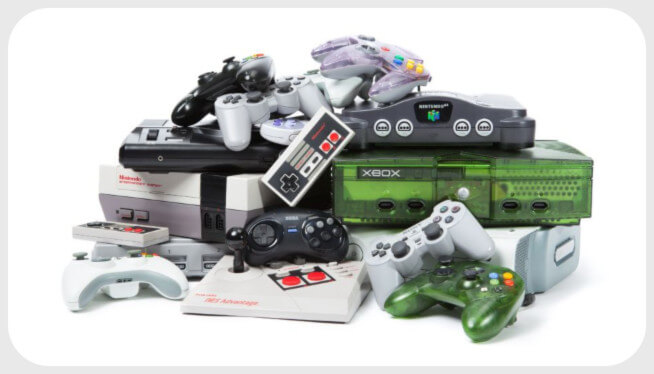 Console esports has been here for a long time. Actually, it was one of the first areas of gaming along with stand up arcades to offer a real competitive scene. For all you know, esports has started way back in the ’80s with the release of the stand-up arcades, Atari and the Nintendo Entertainment System.

Back then, the scene was more of who sets and beats the highest top scores such as Pacman and Ms. Pacman on the arcade or whoever finishes the game faster such as speed runs in the Nintendo Entertainment System.

It was Nintendo who was the first and the biggest gaming companies to create the games that offered a scene, which still stands today. People are still speed running Super Mario and all its version as well as The Legend of Zelda and all of its sequels too.

Aside from speed running, first iterations of the racing scene also started here. I still remember vividly when I was a kid, I joined a contest for the game called Excite Bike, which was a 2D racing scroller. I actually placed 5th in this tournament that was held for the NES.

Aside from these fighting games, also came new ones for both racing and the speedrunning genre. Mario Kart was one of the biggest racing titles then along with Need for Speed. The Genesis featured a platforming game of their own that could rival Super Mario, which was the lovable blue hedgehog, Sonic.

Fast forward to the late ’90s and early 2000s. This is where CD system consoles first launched. Some of these systems would stand the test of time and would have future iterations such as PlayStation and Xbox with its versions. Some like the Nintendo Game Cube and the Sega Saturn will stay as it is, with no future console productions.

Kyoto Esports, who has been mainly known for their Americas Hearthstone team, actually has a Smash Bros Melee team too. That speaks volumes on how a fighting title on an old console can stand the test of time.

And when I mean 90%, it means the majority of the competitive titles such as the racing games like Forza and Gran Turismo, or the massive fighting titles such as Mortal Kombat, Street Fighter, and Tekken, or even the first person shooter games such as the Call of Duty franchise.

In actuality, the newer consoles have actually expanded the horizons of the competitive scene for consoles, which I will be talking about next.

Now the most prominent ones for the consoles such as the Xbox and the PlayStation would be the first shooter titles. We have first and foremost, the Activision and Treyarch game Call of Duty, which had a very long and illustrious esports history in the MLG. This is where the term “360 No Scope” came from.

Actually, it has transcended from being a major title game to becoming pop culture since almost everyone and their mothers know what Call of Duty is. Up next would be CoD’s main competitors on the FPS scene which are the Rainbow Six series and also the Battlefield series.

Now no one can forget the iconic Xbox exclusive shooter called Halo. It was actually one of the first console FPS game to have a major scene way back in the original Xbox and was the main headliner game for MLG in the past. Too bad we do not have a Playstation FPS exclusive, but they will actually compensate in a different genre which I will be discussing later. I will not classify The Last of Us as for the PS as it did not have a competitive scene for it.

Next up are the racing games. Now, this is where the big money for consoles actually start trickling in. The prize pools for the tournaments for the racing events actually rival the esports event purses for the PC, sometimes going upwards to millions and even getting drafted in the car manufacturer’s racing team. This is also the genre where PS has their own exclusive game, just like Halo for the Xbox.

GT Sport is one of the best racing titles PS4 has to offer and it rivals Forza and the F1 series for the competitive racing genre. GT Sport is the latest version of the old and tested Gran Turismo series, which everyone loved way back when they released in the early 2000’s

Now comes the second biggest genre to come out of the console scene, and the majority of the titles on this genre is owned and produced by one company, Electronic Arts. The sports genre is the second biggest scene for consoles due to the fact that a lot of people follow sports titles such as FIFA, NBA 2K, MLB and NFL.

No other competitor comes close to the games produced by EA thus why they are the choice of game for all of the competitive players out there. Not only that, they actually partner with the real-life leagues themselves to offer prizes and even synchronize the online leagues to go with the schedules of the real-life teams.

And lastly, who can forget the fighting games? Like I mentioned earlier, this is the backbone for esports in the consoles. Smash Bros Melee is still played in the Game Cube like I mentioned earlier. Aside from that, big names such as Street Fighter, Tekken and Mortal Kombat are available for both the Xbox and the PlayStation, so gamers can just pick up the title on the machine they are comfortable with and compete in it. 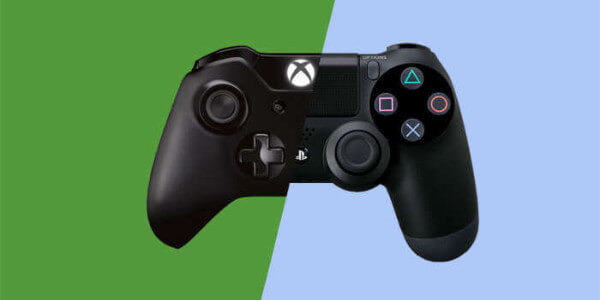 Console esports is here to stay. I am 100% sure of that. Aside from that, the machines are getting better and better each release that they have and more titles are being added for competitive play. The hardware being used for the production of these machines actually rival some of the components used in high-end PC gaming.

Although it would take some more years on where they can truly rival the PC machines part for part, we are getting there slowly. With better hardware comes better improvements for high-level play as well.

As of right now, the leaderboards are restricted for the type of console that you are playing, but in the future, there have been talks of Cross Play, where the leaderboards for the competitive scene would be merged.

Players from both consoles would be able to play against each other if Cross Play becomes active. When it will be active? That depends on when the PlayStation Network accepts the deal from Microsoft. But until then we can only hope. Good luck!

Hiya there fellow gamblers! Almost all of us have these little and colorful plastic rectangles in our wallet. Today I will be talking about using your credit card for placing esports bets and also gambling in general. I have received the same question from a lot of you too in Twitter, and today I will […]

How to Create Your Own Esports Professional Team?

Electronic sports used to be a niche market just a few years ago. The competitive teams started appearing at the beginning of the 21st century, but it wasn’t until very recently, circa 2012, that eSports truly exploded around the world and professional gamers started getting the recognition they deserved for all the hard work and […]

Handicap Esports Betting Explained: How to Pick the Right Bets?

Well hello there fellow gamblers! Today, I will be discussing yet another way for us to bolster our chances of winning when we are placing our eSports bet. Consider this as somewhat a crash course on how to handle handicaps whenever we are gambling. Handicaps, if understood correctly, will be able to generate us more […]