This is a very exciting moment for all of CS:GO fans who watch and follow the competitive scene. I am happy to announce that the first major tournament of 2019 is nearing. Yes! You heard it right! IEM Katowice is up close and will start really soon. It will be held in the ESL Arena in Katowice, Poland. The event will start a day before Valentines, which is February 13 and will end on March 3.

IEM Katowice will run for almost a month and will feature a whopping $1,000,000 prize pool with half a million going to the side that wins the whole event. Aside from that, it will also be the opener for the prestigious winner take all Intel Grand Slam event in which the team that wins 4 majors in the 2019 season gets another $1,000,000, just like what Astralis did in 2018.

Today we will be previewing the teams that will battle for the prize money, and also provide our own betting predictions and tips for the IEM Katowice 2019!

Since this is a Valve Major event, the tournament will feature 24 of the biggest and most prestigious teams around the world. These teams have been seeded accordingly to the previous places that they have attained during the FACE IT London Major. These 24 teams are separated into three brackets which I will be doing a breakdown here.

The first bracket is the current Legends. These are the squads that have reached the playoffs of the FACE IT Major. These are the current title holders Astralis, the second runner up Natus Vincere, the other semi finalists which are MiBR and Team Liquid, and the squads that have reached the quarter finals which are Complexity Gaming, BIG, Hell Raisers and Faze Clan.

For the current Challengers, these are the squads that came in on the 9th up to the 14th slots in the standings of the London event. These are EU squads Ninjas in Pyjamas, Fnatic and G2 Esports. The CIS side, Vega Squadron. The North American side, Cloud 9 and last but not the least, the Asian side Tyloo.

To complete the roster of the squads, these are 10 teams qualified through their respective regional minors and qualifiers. The EU side has the likes of Ence Esports and Team Vitality. The teams that qualified during the Americas qualifiers are NRG Esports and Furia Esports. CIS boasts 3 qualified teams in Avangar, Team Spirit and Winstrike while Asia also boasts 3 sides consisting of the Australian sides of Renegades, Grayhound Gaming and the second Chinese team consisted of Vici Gaming. 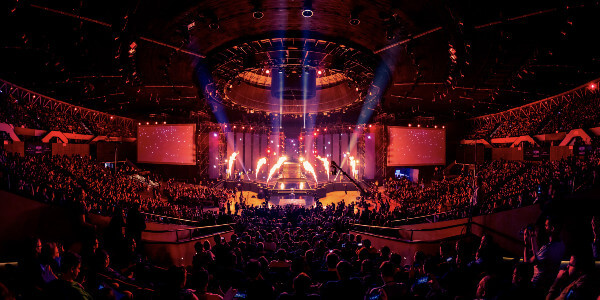 Since this is a 3-week long event, the format has been split into 2 different formats. The first stage will be the Challengers, which will run between February 13th up until the 17th. This will feature the current six Challengers along with the other 10 sides that qualified in the regionals. Half of these squads will be eliminated while the upper 8 proceeds to the next step.

Furthermore, only the top 14 placers will get automatic invites to the next Valve Majors, with the sides who made their way to the Quarter finals being automatic Legends while the remaining 6 sides become the new Challengers.

There have been a lot of player transfers and shuffles that have happened in the past few months. I have already talked about the recent player transfers of squads such as Liquid, Cloud 9, Faze, MiBR, and G2 Esports on my previous article, so I will not repeat them here. However, I will update that Golden is still recovering from his heart condition so Zellsis will take his place in Cloud 9 for this event.

Now, for the other squads. First, for Hell Raisers, they will be sending Bondik over to Gambit and replace him with Hobbit. Complexity will drop Rambo and yay. In their place, they will sign Rickeh over from Rogue and Jordan “n0thing” Gilbert will come out of retirement, who was previously with Cloud 9.

The most drastic roster change recently has been TyLoo. They will drop DD along with their IGL, captainMo. Then they acquired Summer and Attacker from Flash Gaming. They have also acquired Johnta, who previously coached Hell Raisers as their coach. There is still no word on who will step up as the new IGL for TyLoo. 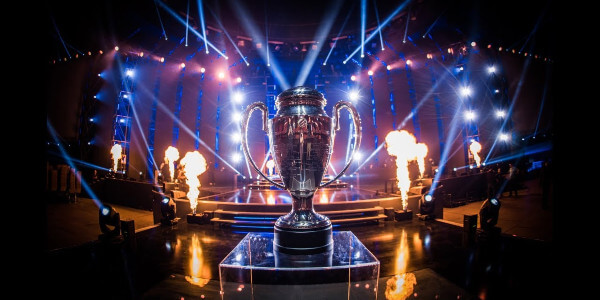 And here comes at last, the most exciting part. I will only be predicting the top 8 teams that will most likely be the ones who reach the playoffs of 2019 IEM Katowice and will become the new Legends. So, let’s get on with it!

For my first pick, it has to be Astralis. There are multitudes of reasons why I chose them first. First, they have so far been the most dominant team during 2018. All of the events they have joined, they have been in the grand finals 90% of the time.

A lot of times they win the whole event although on some occasions they come in second. Another reason is that they currently have the most stable lineup out of all the others that are joining on this event. Last reason would be, “Come on, they are Astralis! The current best team in the world!”

My second pick would be none other than Natus Vincere. Reasons I have them for my second betting pick are close to similar to why I have chosen Astralis. S1mple has been phenomenal last year and led his squad to a lot of first and second place finishes just like Astralis.

In most Major events, you see them go head to head against Astralis in the grand finals, and rightly so. In this Katowice event, we will most likely see another Astralis x Na’Vi competing for the first place.

My third pick would most likely be Made in Brazil, or MiBR for short. This is the first time in many years that they are a full Brazilian line up again, which is kind of reminiscent of their glory days way back when they were still affiliated with SK Gaming.

TACO and felps reunited with the rest of the gang, and if you remember back in the 2016’s they were actually the best team in the world then. Who knows, this might be their second coming and I would love to see another name to challenge the throne of Astralis aside from the usual Na’Vi.

The fourth team that comes to mind would be Team Liquid. They have traded TACO for Stewie. I mean Liquid was good before this trade, as they have proven that they can compete with the best of the best. They have their fair share of opportunities on getting to the grand finals last year alone, so they are no strangers to the pressure of the highest tier of competitive gaming.

They even managed to snatch a win from Astralis on the iBP Masters earlier this year! With the addition of Stewie, I would love to see them become a major challenger for Astralis’ dominance right now.

The fifth one would most likely be Faze Clan. They have been a strong team last year but was plagued by inconsistencies at the later part of the year. But hey, this can happen to a lot of teams. The reason I put them as a contender for New Legends is purely because they have the talent to compete with the best.

They might be inconsistent at times, but if they are on their good day or if they are in the groove, they are capable of defeating the best of the best, which can be proven by them defeating Na’Vi and Astralis previously.

Aside from that, it seems that autimatic has gained confidence in playing, and thus in part improved his performance in the past few tournaments.

The seventh squad to get the Legend status will be Complexity. They have done a lot of restructuring on their lineup during the later part of the year. And like I said, they have recently added Rickeh who was one of the best rifflers in Rogue before and n0thing, which adds a lot of experience to the squad.

Another reason is that I would like to see another NA team win this Major, and with their inclusion on the New Legends status, the chances for that happening is big as they have proven in the past that they could hang with the big boys when it comes to competing.

The eighth squad for me and possibly the dark horse of this tournament would most likely be Fnatic. Ever since they got Xizt as the IGL, they have been constantly improving. And mind you, they have recently acquired Brollan and Twist from Godsent, who was the top performing duo for that lineup before they were acquired by Fnatic.

Sure, they have more adjustments to make as they have just been recently signed, but if they manage to get together on this Major, who knows what kind of havoc they might create as we know that Xizt and JW are capable of making plays that make a lot of highlight reel montages.

I hope to see many wonderful matchups during this tournament and going to make some profit on IEM Katowice 2019 betting! See you in my next previews and good luck!

Pew Pew Pew!! Hello, there Counter Strike fans!! I have some awesome Thanksgiving news for all of you. CS:GO is coming back to its home country for the next FaceIT tournament. What I am talking about is the ECS Season 8 Finals that is going to be played in Arlington, Texas! The tournament will start […]