Greeting fellow eSports fans! To continue with our eSports history series, today we are going to talk about ESL, previously known as Electronic Sports League (the name is not an acronym anymore). The company is the largest tournament and event organizer in the electronic sports market, and also the oldest.

Below we’ll go over its entire history, from the beginning as a small local organization to the worldwide market leader it is nowadays. The article will also offer a quick recap into the most memorable and remarkable events organized and hosted by ESL throughout its history – maybe you’ve even watched some of them live at the time! 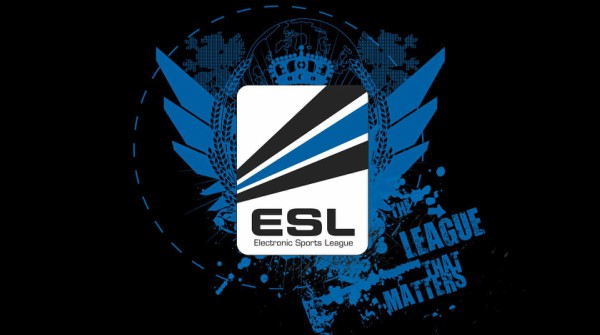 Where it all began

The company was founded in the year 2000 in Cologne, Germany. Back then, the focus was on creating and maintaining a gaming league where the games happened online (remember that in 2000 the internet still had a lot to improve and many countries still had no access to decent speeds). Other ventures chased by business were a gaming magazine publication and server rentals (mostly in Counter Strike).

Contrary to MLG (the hero of our first eSports history series – go check it out if you haven’t already) and its focus on console games, ESL already started out in the competitive PC gaming market, with the Counter Strike franchise being its flagship carrier throughout most of its early days.

As one of the pioneers in the esports scene, the company managed to ride (and was also largely responsible) the growth it acquired during the following years, expanding their reach beyond Germany into all Europe (with continent-wide tournaments) and then eventually to the rest of the world.

The organization also branched out in terms of titles they hosted competitions for, adding Dota 1 a few years later. Currently, they have an even bigger reach, but we’ll go into that a little bit later in the article. 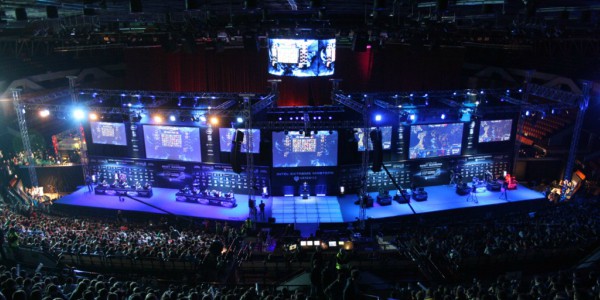 The expansion and esports craze

Fast forward to 2010 and beyond when eSports really took off and many people started seeing it as a career opportunity (for players, managers, coaches, basically everyone heavily involved in the scene).

ESL started partnering up with big publishers such as Blizzard (developer of the Starcraft and Warcraft franchises), Riot Games (developer and publisher of League of Legends), Valve (Dota 2 and Counter Strike creators) and many others. These partnerships allowed the company to continue its growing path and the funds to host many huge scale global events, with the best players, teams and a great amount of sponsorship and media attention.

One of the tournaments organized by the company, IEM Katowice, holds the record for most watched championship in eSports history, with more than a hundred thousand people in the live audience plus over a million fans watching on Twitch (the leading streaming and broadcasting platform for online competitive games).

In 2015, Turtle Entertainment sold a majority share of the company to Modern Times Group for almost a hundred million dollars. This signaled to the entire market that electronic sports really were hitting the levels of mainstream adoption and with that, the money was flowing into the scene in many ways.

After the buyout, the company partnered up with movie theater businesses around the globe to showcase their events in the big screen – this project is still a work in progress and the number of eSports sessions is still increasing every time a competition comes around.

ESL has also instituted an anti drug policy for the professional players competing in their tournaments. This measure was taken after a player publicly admitted he was taking Adderall to compete, giving him an unfair advantage over the other guys. If a player is caught cheating this policy he might face punishments such as lower prize pay and a temporary ban from all events hosted or organized by ESL.

In 2015 (mid November to be more precise), the company acquired eSports entertainment association, also known as ESEA, and implemented their platform and anti-cheat system for the online qualifiers and events they hold, to ensure a fair playing environment for all players.

Currently, the biggest and most important tournaments of the year are the Dota 2 and CS GO ones, after the company had somewhat of a falling out with Riot Games – it wasn’t really anyone’s fault, Riot just wanted to organize their game’s tournaments themselves and not give anything away to 3rd party producers. 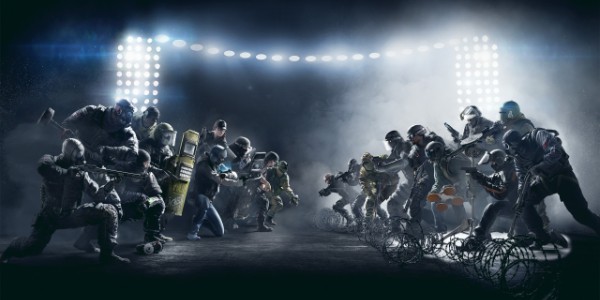 As the biggest organization in the world related to electronic sports, ESL has a wide variety of tournament franchises that they produce throughout the year. In this section, we’ll give a brief summary about each one of them.

This is the company’s platform for online gaming. Players from all skill brackets are able to use the system’s matchmaking to find fair and competitive matches. The system is also used a qualification method for bigger events when needed.

There are currently 9 esports titles being hosted in the Pro League, including some minor games (in terms of market share and viewership numbers. The biggest league is the CS GO one, with the yearly prize pool amounting to more than $1.5 million dollars and LAN finals in Los Angeles, London, and Cologne.

This branch of events is aimed at increasing support for competitive gaming on local scenes, to spread esports awareness and increase the business’ brand. At the end of each season, the best national squads face against each other in a final lan setting.

This branch refers to the most prestigious and premier events hosted by the organization. Because of this, they usually focus their efforts on Dota 2 and CS GO only.

These tournaments have insane prize pools (in the hundreds of thousands usually, close to a million dollars) and attract the best players and teams from every corner of the globe.

IEM is, simply put, the largest and longest running worldwide esport events series. It’s so big we’ll probably dedicate an entire article to talk about them. For this reason, we won’t spoil anything here! 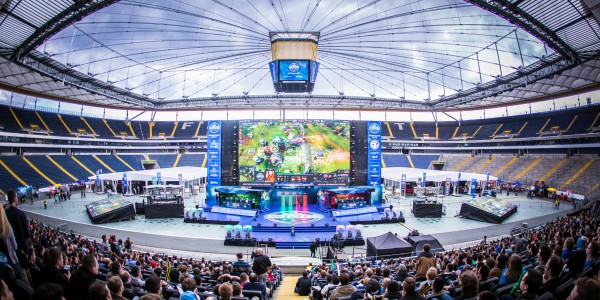 This polish event is memorable because it is the first time ESL got to host a Valve major in Global Offensive. The tournament had a peak of over 250 thousand people watching simultaneously on Twitch.TV and Virtus.Pro (Ukrainian organization) took home the trophy after a grand finals win over Ninjas in Pyjamas.

Another CS GO major makes it into our list – it will go down in esports history as the first time an organization won 2 consecutive premier titles: Fnatic defeated Luminosity Gaming, Virtus Pro and Team EnvyUS in the playoffs to claim the title.

Another interesting fact from the event was its viewership, with a 1.3 million fans peak concurrent viewers and over 27 million views over the entirety of the competition.

This championship was the first major of the 2017 competitive season for Dota 2, marking the start of the new system put in place by Valve for the upcoming years.

The prize pool was $1 million dollars, with the champions Virtus Pro taking home half of it, $500 thousand.

This is the first premier offline competition held for Dota 2, and had a prize pool of roughly $210 thousand dollars.

The fans filled a soccer arena with capacity for 52 thousand attendees and the best teams from the entire globe traveled to Germany to compete for this trophy.

It’s impossible to talk about electronic sports history without mentioning ESL, as they’ve been on the scene since its inception, always innovating and bringing good content to fans worldwide. They are still alive and kicking to this day, with improved events and a growing presence on the market.

Thanks for taking this trip down esports history with us, and stay tuned for the next articles coming up!