Hello everyone, and welcome to our newest article about Electronic Sports. Today we’re going to discuss a subject that is a bit of a taboo within our society’s standards – the myth that eSports players and fans are all “kids living with their parents” or “underaged people with loads of free time”.

If you’re passionate about competitive gaming or even spend some of your free time playing yourself, I’m sure you’ve heard one of those exact phrases (or some very similar stuff) thrown at you, usually coming from older generations who can’t quite grasp the concept of a virtual competition. In this article, you’ll see that you’re not alone in your gaming hobby and that those people couldn’t be more wrong by saying such misinformed judgments.

To understand where we are today, let’s first start with how eSports came to be! The gaming industry is still in its infancy when compared to other segments of our society, so we don’t even have to go back many years to explain and comprehend where we come from, and where we are headed to.

ESports history starts back in the 70s – but we’re not going to talk about those years – Our history will start with the invention of the internet and the launch of online multiplayer games, which is when competitive gaming really started taking off, because you could then match up against the best players in the world, not only your neighbors and close friends.

The first game to really take it to next level and sustain a professional scene with salaried players, teams with huge sponsors, battles played in big arenas with thousands watching was Starcraft 1: Brood War, launched in 1998. The game featured a critically appraised single player campaign that helped users to understand the concept of a Real Time Strategy (RTS from now on) esports.

Around this time, LAN houses were booming, and a huge number of teenagers used to hang around and play Brood War all day in those. The competitive scene grew bigger and bigger, mostly in the USA and South Korea. Fast forward to 2000, there were already established teams competing in sponsored leagues in Korea, paying player salaries and a huge fan base cheering them on match days.

While Brood War kept growing by the year, Counter Strike 1.6 and Warcraft 3 were released and started forming a professional environment of their own, Warcraft 3 being an RTS and Counter Strike 1.6k a first person shooter. At this time, the games were played mostly by kids and teenagers, even the pros were mostly under 18. Keep in mind that some adults were already into the competitive side of the games, but they were indeed a minority.

Fast forward some more years, many franchises have nurtured a professional scene. To name a few, we have: 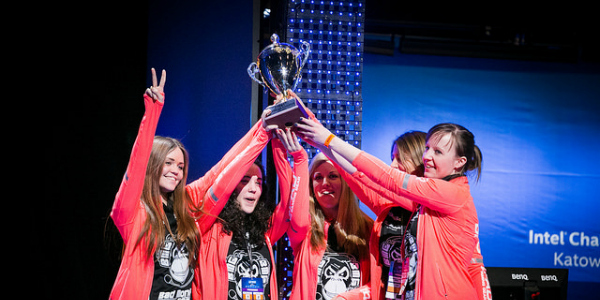 In 2013, roughly 75 million people watched eSports around the world. 2 years later, in 2015, this number had already grown close to 230 million. Today, we can estimate this number to be almost double than that.

There are rumors and petitions going around to consider some eSports titles for the next Olympic Games.

All data points towards huge growth and sustainability for the industry, and plenty of investors from ‘regular sports’ are already buying into eSports, acquiring teams and sponsoring individual players.

What is the demographic for the viewers and players?

As we touched on briefly at the start of the article, eSports skyrocketed at the start of the 21st century, fueled mostly by teenagers without a lot of money to spend. This means the scene was heavily populated and competitive but didn’t have much money going around. Tournaments paid very little, and salaries didn’t exist.

We’re now 15 years into the future, which means those passionate teenagers who loved gaming are now adults with good paying jobs and money to spare. The scene now boasts huge prize pools, millionaire players, and teams – the teenagers keep coming to the game, and as they also grow older, more money flows into the scene.

Financially speaking, other surveys claim that 43% of eSports fans have a household income of $75.000 USD per year or higher, and 49% spend most of their free time in electronic sports related things (playing, watching, reading about it, etc). The same survey suggests that 38% of the viewers are female, a much higher percentage than one would expect.

Browsing through the internet you can find many other surveys and papers, all pointing towards the same thing: the audience is no longer composed of underaged kids and teenagers. We’ve grown and the passion and love for gaming have remained intact – and now we can use our knowledge, time and money to grow the scene even further.

If you find yourself being bombarded by one of those moronic statements I mentioned in the intro of this article, now you have some stats to back you up to defend yourself (not that we need any confirmation from people who are too stubborn to understand new trends and technology anyways, right?).

Just remember that it’s perfectly normal to have gaming as a hobby, and supporting professional players of your hobby is a natural consequence. You’re not alone, we are millions of supporters around the world!

Hello, betting fans! We’ve had quite a few articles about sportsbooks the last couple of weeks – we talked about how to choose a good site to bet on, tips on maximizing your profits and types of bet. Today, we’re going to analyze and go through the esports deposit bonus that platforms offer and everything […]