Even though we might not be aware of the exact amount of cheating and match fixing that happens all over the world, we can always be certain that it is indeed happening.

Where humans are involved, shady stuff can happen. Many people would assume that e-sports are less susceptible to cheating due to the fact that everything happens in a “controlled” environment, the game is made from computer code and will, to some extent, govern itself.

For example, in Soccer you occasionally see the referee make a call that is found to be incorrect later on.

In e-sports, however, computer code is making sure that every action is accounted for and that all rules and limitations are not broken. Yet, it is still possible to encounter “bugs” or “glitches” which could give an advantage to one or the other team. Even though this is very rare, and in the extreme cases, the match is usually remade.

That is not to mention hacking and scripting, where external software is used to modify or manipulate with the game mechanics.

One very good example of a bug or glitch, whichever you prefer, that had an undeniable impact on the game that was played is the CS:GO match in 2014, Fnatic VS Team LDLC (EnvyUs).

In this, almost legendary battle for dedicated cs:go fans, Olofmeister makes himself an alias, “Boostmeister”, from pulling off an unseen three-man boost at CT spawn in Overpass. This boost was never seen before, and it was rumored that Fnatic had known this boost several weeks prior to the Dreamhack tournament they used it in, but had actively kept it a secret from the CS:GO community.

Usually, these bugs/glitches are shared on youtube or social medias, and spreads throughout the community like wildfire, like that time when you could rename the bomb with a name tag… So attempting to keep it secret was definitely necessary if they wanted to “profit” from their discovery. The boost consisted of several sketchy mechanics, among those was pixel-walking which consists in walking on invisible edges around texture/terrain, pixel walking was not excluded by the rules, though.

It resulted in Fnatic forfeiting the match, due to receiving a lot of pressure from many directions, including their own fan base and their sponsors.

So by all means, e-sport is not the end of cheating. Any person who has played competitive online games for a moderate period of time has surely encountered a cheater, whether realizing it or not, many people are using third-party software to improve their performance in e-sports. Although, this kind of cheating is (seemingly) rare on the professional scenes, at least for Dota2 and League of Legends.

The makers of our favorite games are in an ever-lasting race against the cheat providers, which in some cases are registered companies, like LeagueSharp which developed scripts for League of Legends and others. Riot, the makers of LoL, actually took the battle away from the computer screens against LeagueSharp, pulling them in court for disrupting their product, community and player experiences in League of Legends.

The lawsuit reached a settlement, with LeagueSharp paying $10.000.000 to Riot Games and the legally-mandated shutdown of LeagueSharp’s services.

Then there are the more simple cheating cases, like when players tries to take a peak on the big screen, also referred to as “screen watching” in the gaming environment. In Azubu Frost VS Team Solo Mid, quarter finals of worlds 2012, Azubu Frost was fined 20% of their winnings following an incident where one of their players was found to have identified Team Solo Mids early movements on the map and it was also found by Riot Games that Azubu Frost modified their own playstyle appropriately, after receiving the illegal intel.

This was, however the most severe case in League of Legends, with plenty of others that was more questionable an attempt to cheat and most often just resulted in a warning to individual players. 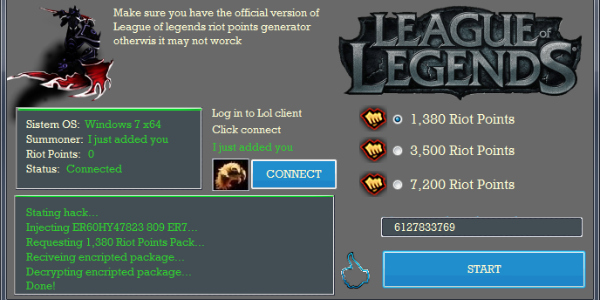 The game that is most plagued by the malicious intentions of hackers and scripters is without a doubt Counter Strike, starting many years ago with Counter Strike 1.6 which was the ground from which aim bot and wall hack sprouted and evolved along with the game itself. All the way to CS:GO, which we know and love today, the hacks and cheats are still around and they are probably hard to get rid off but comprehensive anti cheat software used by Valve, and companies like ESEA, is trimming the worst away and to date, has taken several pro players down in the process.

In the event that was unofficially dubbed “the VACcening”, pro player Joel “Emilio” Mako in Team Property was banned while in-game against Hellraisers. He admitted to having played with a third party tool in a regular battle with friends but claimed never to have used it in competitive play. Still, he proclaimed his regrets and apologized to his fans for his “dumb move”.

Several other high profile players were soon to be detected by the anti cheat, big names such as Simon “smn” Beck, Hovik “KQLY” Tovmassian and Gordon ”Sf” Giry followed short after. All three players were ultimately let go from their teams.

The list of suspected pro players in the competitive CS:GO scene is also surprisingly long, at least if you believe popular social medias like reddit and twitter, where fans and enthusiasts are discussing possible cheaters and reviewing game play to reach a conclusion. Some of these discussions are more trustable than others, though.

In the wake of the extensive VAC ban wave, allegations started surfacing surrounding Robin “flusha” Rönnquist of fnatic, claiming he was also using third party tools to gain an edge against his opponents.

Flusha has received a variety of cheating allegations in the span of his career, one particular allegation stands out. It was from Ninjas in Pyjamas coach Faruk “pita” Pita through Twitter, when he tweeted that it would be, and I quote, “a fking disgrace to the community and every hardworking player” if Valve allowed him to play in DreamHack Winter 2014.

The tweet was removed not long after it was posted, but it stirred the community and since then, countless of forum threads online are solely about whether or not Flusha is cheating.

Understandably, it would be very serious if he was actually cheating, but he has not yet been officially found cheating. Flusha himself, and many of his supporters have argued that it is a “witch hunt” on a good player, the main argument against his sometimes unreal plays, being that when you play as many games as him then the so called “luck shots” are bound to happen sooner or later.

Of course, when you are also among the top 0.1% CS:GO players it adds to the equation and makes it a very believable argument.

Any CS:GO player with more than 20 matches played can tell a tale of an incredibly lucky moment because that is what the game is so extremely good at. Whether you no-scope with an AWP from a considerable distance, hit a crazy panic-headshot with your glock or pull off a “ninja defuse”, the possibility of making insane plays are many.

That is what makes a game worth playing, but also helps disguising cheats because one half will argue that it was just luck and skills, while another half can persistently claim it was obvious cheating.

Without software to filter out the programs that cheaters use, it can be incredibly difficult to notice anything that is extraordinarily suspicious if they just try the slightest to hide it in their behavior in-game.

That is the case for all e-sports played competitively, and where hacks are wide-spread in the communities. Hacks, cheats, and scripts are here to stay.

Hopefully, it can be confined to non-competitive play and kept out of the pro scene entirely someday.

Good luck! See you next time!

ESports Coaching Schools – Everything You Need to Know!

In this article, we are going to go over all the information you need to know about this new niche in the Electronic Sports market – the coaching schools and programs. The number of this kind of services has increased a lot in this past year, with many professionals opening their own schools or joining […]