Electronic sports (eSports) is a global phenomenon that has been around since the late 70s, and has seen huge growth in the 21st century. The internet has brought together gamers from every corner in the world, competing in many different genres (MOBA, FPS, RTS are the 3 biggest ones) in a variety of titles.

The idea of this article is to zoom out and take a look at eSports history as a whole, genre by genre and game by game, to try and figure out where the best gamers in the world come from.

Will it be South Korea, considered by many to be the place of birth for eSports in a truly professional capacity? Or will it be North America with its huge number of players and organizations? Lastly, could it be a country from Europe? There are quite a few western countries with many legendary teams over the past years. We’ll get to a conclusion soon enough, just keep reading below!

For starters, we are going to compare country domination by genre. This way we’ll have a broader view of the scene and we can then analyze each countries performance in a more detailed manner (such as game by game) if it’s needed.

Real Time Strategy games have been around since the start of the century, always with a strong eSports scene (many competitors and viewers). The strongest country by far in this genre is South Korea, without a doubt. They have dominated in Starcraft: Brood War, with 11 South Korean champions in 11 World Cyber Games editions. The domination can also be seen in Starcraft 2, with 3 champions in 3 editions of the WCG, plus countless other titles when facing against the rest of the world.

If we had to pick a 2nd place for the RTS genre, it would have to be China. At the start of the century, during the peak of the Warcraft 3 scene, most of the best pros were Chinese and only a handful of foreigners managed to go toe to toe against them.

As honorable mentions, we can give some credit to Sweden and France, two countries that have provided the RTS scene with many great players over the years. From France, we can highlight Stephano (Starcraft 2 Zerg) and ToD (Warcraft 3 Human) and from Sweden, we have Naniwa (Starcraft 2 Protoss), Jinro (SC 2 Terran) and Thorzain (SC 2 Terran also).

These Europeans have shown skills similar to the top Koreans at given times but failed to be consistent at the top. Nonetheless, they deserve recognition for their achievements over the years.

First person shooter games have been around the scene as eSports for as long as the RTS titles – since around the year 2000. Counter Strike’s franchise is the biggest branch of this genre (and will hold more weight in our analysis), with Quake and Halo having smaller and more niche scenes (with smaller tournaments and less players).

In Quake, the best player of all time (according to most fans) is Fatal1ty, from USA. Jonathan Wendel has almost $500.000 USD in tournament earnings and dominated the scene for a long time. There were some other notable North Americans, but no one could stand up to Fatal1ty.

Halo is also a FPS title where United States is the most prominent country in the world. If you check the game’s top earners, you’ll quickly come to this conclusion. In Halo 3, 25 of the 25 top earners are from NA, while in Halo 5, 23 out of the top 25 highest paid athletes are North American.

For the CS comparison, we are going to split the franchise into the 3 biggest titles: CS 1.6, Source and Global Offensive.

United Kingdom: Rattlesnk, pt, wilzOOO, wEz were one of the most dominant on the scene.
Canada: Grt, LaRi, shaGuar, Stevenson were also very impactful on the Source’s short existence (compared to 1.6 and GO).
United States: tr1p, Devour, daffsta, s0Nny were also some of the best players with high earnings.

Brazil: The entire SK gaming squad has been the most successful team recently, with Coldzera, fer, taco and fallen being considered some of the best in the world in their positions.
Poland: Poland shows up again, this time with snax, byali, pashaBiceps, and the legendary Neo and TaZ (the 2 that were named as some of the best back in 1.6).
Sweden: Like Poland, the Nordic country keeps delivering great talent when it comes to FPS games – players like olofmeister, jw, flusha and krimz have shown time and time again that they’re on the highest tier of professionals.

All things considered, if we had to rank top the 3 countries in FPS games, it’d be something like: 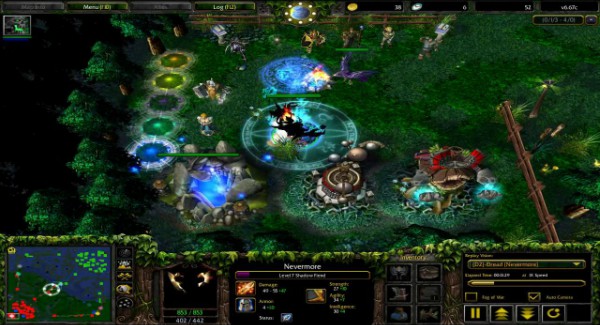 Our 3rd genre comparison is probably going to be the most difficult one to rank. This is because the playstyle of the 2 biggest games (LoL and Dota 2) differ quite a lot.

For League of Legends, the Asian teams are clearly above the rest of the world in terms of achievements and mechanical skills. To be even more detailed, South Korean has the best players (you’ve probably heard of Faker even if you don’t play the game. He is considered the GOAT by almost everyone), followed closely by China.

These 2 countries have major organizations. From Korea: SK Telecom T1, KT Rolster, Samsung Galaxy, Afreeca Freecs, CJ Entus, etc – and from China: Invictus Gaming, Newbee, Team WE, Royal Never Give Up and many others. These organizations have multinational sponsors and pay out 6 figures of salary to their main stars – so it’s no surprise that the rest of the world can’t compete against them.

As for Dota 2, things are a lot more even between the Asian countries and the rest of the world. This can be attested by the fact that out of 7 International editions (Dota 2’s biggest tournament of the year), 4 have been won by western orgs and 3 by the Chinese powerhouses. 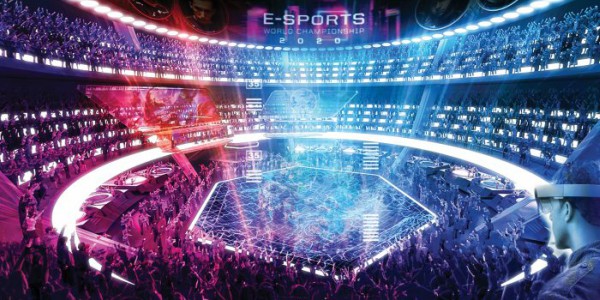 The number of sponsorships and player salaries are also a lot more even when you compare the scenes across the world, meaning that Global Events are much more balanced and titles are spread out between countries.

Some of the most impactful ones are:

The country is a very big on both of the MOBA titles. In Dota 2, the main organizations are LGD Gaming, Invictus Gaming, LGD FY, Newbee, EHOME and many more.

United States has many organizations, but they don’t always hire NA pros. It is very common for a North American company to hire a full European roster like Team Liquid did this past year (and managed to win TI 7 with the roster). But there are some examples, like EG, that have achieved great results with all American squads. Some of the great players are: Arteezy, Fear, Universe and ppd.

The country is home to the legendary Na’Vi team, the first International champion arguably the squad with the biggest fan base. Players like Xboct and Dendi have helped shape the game the way it is played today.

As you may have noticed, Sweden pops up in all genres. The country is a true eSports haven – in Dota 2, the country has the likes of Loda, Akke, AdmiralBulldog, s4 and zai as representatives (all of these are The International champions).

It is very hard to objectively rank countries across different genres, but we have analyzed each one separately so you can make your own ranking! If we absolutely had to pick one order, it would be (based on presence among all genres and domination in each separate game):

We hope you enjoyed reading this article, and stay tuned for our next comparisons and rankings! See you then!

Esports in the Olympic Games – Is it Possible or not?

There have been a lot of talks about the inclusion of eSports in the upcoming Olympics. All of us gamers would want our most beloved games to be included in the grandest and the biggest sporting event that happens in the world every 4 years. I mean, FIFA actually sponsors a World Cup yearly for […]