Greetings MOBA fans! Boy, I have pretty good news for all of you! The ONE Esports World Pro Invitational, which is one of the bigger tournaments that will close the year for Dota 2 will start on the 17th of December all the way till the 22nd.

The venue for the prestigious event will be the Singapore Indoor Stadium. The tournament will feature a $500,000 prize pool however this is not part of the Dota Pro Circuit so it will not award points. The winners of this tourney though will have a very nice Christmas present of $200,000 to take home so there’s that!

Today let’s check the teams participating in that competition and give our betting predictions for the ONE Esports Dota 2 World Pro Invitational. 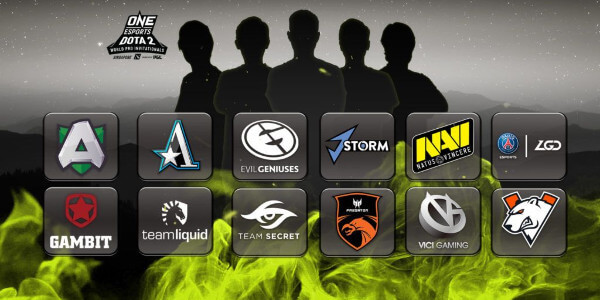 There will be a total of 12 squads that will be participating in this event. All of them have secured their spots by way of direct invites. They are Team Secret, Alliance and Team Liquid from the EU. PSG LGD, Vici Gaming and Team Aster from China. Evil Geniuses and J Storm from the Americas region. Virtus Pro, Natus Vincere and Gambit Esports from the CIS region. And last but not least, the lone SEA region participant, TNC Predator. 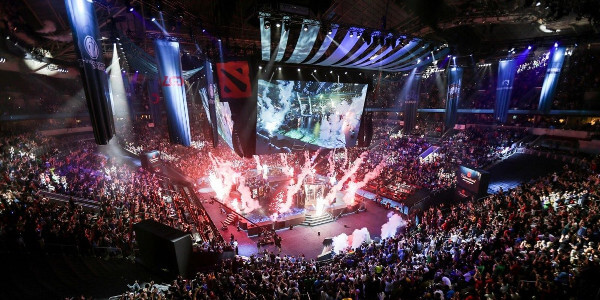 Now here comes the part that I am very excited about. The predictions I made on the post TI tournaments have profited me really good and I have a very good feeling that it will happen again. I hope it profited you guys too who are reading this section of the write-up.

I already have two solid choices lined up and both of them will most likely end up in the Grand Finals again. The other two will be strong squads that will most likely take the place of either one of my strong picks. So let’s get to the meat of the bone and start it off, shall we?

Now to start off my picks. This will be none other than the winner of both ESL Hamburg way back in October and the first Valve major of the TI 10 season, TNC Predator. The Philippine-based squad has been turning heads lately when they score their first-ever Majors win last month in Chengdu. And what a spectacular show they displayed during that tournament, even overcoming the hometown favorites that was Vici Gaming in the Grand Finals after losing to them in the Upper Bracket Finals. Not only that, they bet one other squad that was based in China on their way to the Grand Finals.

I already knew that TNC would be heavy favorites coming into Chengdu due to the performance they had during Hamburg. I am sure that they are still on a roll and they will also tear up the competition in this event too when it starts. TNC will be heavy favorites again and will most likely see themselves in the Grand Finals again. I just hope I get my bets in early so that I can lock on the bets before the odds get skewed if they end up destroying the competition.

My second pick is none other than Vici Gaming. The other half of that insane finals match in Chengdu. I am sure that the Chinese super team will be itching for a win and will most likely be looking for payback. We all know that they lost their captain in Fade and their position 1 player in Paparazi after the TI shuffle shenanigans, but I think they adjusted really well when they signed up Eurus and Pyw. We all saw how Eurus is actually able to live up to the expectations that Paparazi left but the crowning jewel of this squad is still the trio of the players that have stayed on such as Ori, Dy, and Yang.

I mean Ori is still a beast in the mid lane and Yang is one of the best offlaners we have currently in the whole Dota 2 scene. And Dy still lights up the map for his squad and is able to create as much space as possible for Eurus with the roaming strategy he has with Ori. And who could forget Rotk, the infamous coach who tends to get into the minds of their opponents and seems he could read their picks like a book. This invitational event in Singapore will most likely be a repeat of the Chengdu Major, with both TNC and Vici Gaming meeting head to head in a final showdown. I think this will become one of the new Asian rivalries in the Dota 2 scene, between SEA and mainland China.

Oh boy, I went off there on those two teams huh? Can’t help it really. It is like the calm before the storm since those two are the most dynamic squads that we have seen recently post Internationals. But my next pick is also of the same caliber as those guys. What I’m talking about is the new edition of Evil Geniuses. I mean they just signed up two of my favorite players when the roster shuffle came. They grabbed Abed from Fnatic and also stole Ramzes from my favorite team Virtus Pro. They still have Crit and Fly on the support roles and Arteezy as the hard carry role. Only Arteezy is the only one remaining from the old EG that we know about and it looks like that the North Americans are starting to form a team just like the Golden State Warriors.

The results they displayed on the previous tournaments that they competed in though speaks for itself. We have been seeing EG show up in podium positions lately so they have been doing fairly well for themselves. However, the only thing that they are lacking is the cohesion with each other. This is what separates them from being heavy favorites. If they can address this issue in the near future, the Evil Geniuses squad would be seeing a lot of appearances in a lot of Grand Finals matches. Oh, and before I forget, if we see the old Arteezy, like in the TI 6 era, then they would become a world-class team.

And now on my last pick for the podium spots. This would be none other than one of my favorite Chinese teams, PSG LGD. I mean sure they have not won anything decent recently but they still are a strong squad. They still have Fy, Ame and Somnus. If left alone those guys could create a lot of havoc and can actually win games. Fy is a special kind of a support player, one that actually resembles more like an offlaner or a mid lane player.

Ame and Somnus work well together as a carry and mid laner duo. They are actually similar to Ana and Topson. They know how to create space for each other if one is lagging behind or lost their lanes. LGD as a team has had a lot of experiences in the later stages of many top tier competitions so they do not crack to pressure easily and will be able to handle it. They are a real contender and will be able to take the place of either TNC or Vici Gaming in the Grand Final spots easily if everything goes according to their plans.

And let’s not forget my dark horse pick. My favorite squad even if they have not won anything decent this year, Virtus Pro. Sure, their old dominating lineup has been dismantled after the post TI shenanigans, but they still have NoOne holding the fort in the mid lane and also Solo on the number 5 spot. We will also be seeing Resolution back in a CIS squad after spending a lot of years jumping from different organizations in the NA and EU region. I think they still have what it takes to be able to steal a spot from one of the four teams above in the podium positions.

They just need to hold it down and keep it together when they face quality squads like TNC and VG. I mean it has been a long time since we have seen a CIS squad win a big tournament. The last one we have seen was when Virtus Pro was going on a rampage and that was almost a year ago. If anyone from the CIS can do it, it would be either Virtus Pro or Gambit Esports. However, my money is on VP as the majority of their players have had experience winning Majors before.

If you have your own predictions for the ONE Esports Dota 2 event then share them in the comments below!

Lovely spring to all of you Dota 2 fans! It seems that the closer we get to The Internationals, the more tournaments we get. After the recently concluded MDL Changsa event in China, with PSG – LGD wrecking VGJ. Storm in an astounding 3 – 0 sweep, I happily bring you the first Dota 2 […]