Hey ladies and gentlemen! How fast time flies! The first Major tournament for CS:GO for 2020 is just over on the horizon. Don’t know what I’m talking about? Well, IEM Katowice is upon us again! All of you know that a lot of magic happens whenever CS:GO is played in Katowice. If you remember correctly, ENCE made their big break last year when they went against all the odds!

Anyway, IEM Katowice will be a 7-day tournament. It will start on the 24th of February and the Grand Finals will be played on the 1st of March. It will also feature half a million USD in prizes, with the eventual champion taking home a quarter of a million dollars. This tournament will also be part of the most coveted IEM Grand Slam, which is now on its third season.

Today we shall check the list of participants as well as provide our betting predictions for the Katowice 2020 Major tournament!

There will be a total of 16 squads competing for the chance to take home a quarter-million dollars! Out of the 16, 7 of those squads will be directly invited, while the remaining 9 have earned their right to play in the tournament from various qualifiers.

The directly invited squads are 100 Thieves, Evil Geniuses, Liquid, Na’Vi, Ninjas In Pyjamas, Virtus Pro and Vitality. Fnatic earned their spot during the Dreamhack tourney in Malmo. Astralis got their spot from winning IEM Beijing, and Mouz earned their spot when they won the ESL Pro League last December. Faze, G2 and Mad Lions all earned their spots from the EU qualifiers. Cloud 9 is from the NA qualifier, Renegades from Oceania and lastly, TyLoo from Asia. 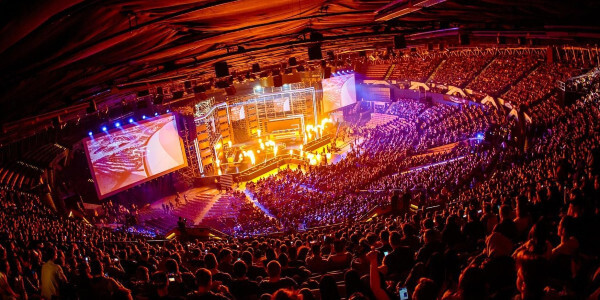 A lot has changed since the last tournament in January. Cloud 9 dropped its remaining players such as Autimatic, Daps, Koosta, and Golden. Golden will be playing in Fnatic now since he has been permanently signed by them. For the new C9 roster, they have signed the whole lineup of the South African organization, ATK.

Originally though, Vici Gaming should be the one from the Asian qualifier, however, they failed to secure visas. Hence TyLoo took their spot on the tourney. Speaking of TyLoo, their coach KingZ will not be coming with them since he is in quarantine because of the Coronavirus outbreak. Crusade will be taking his spot and coach TyLoo. 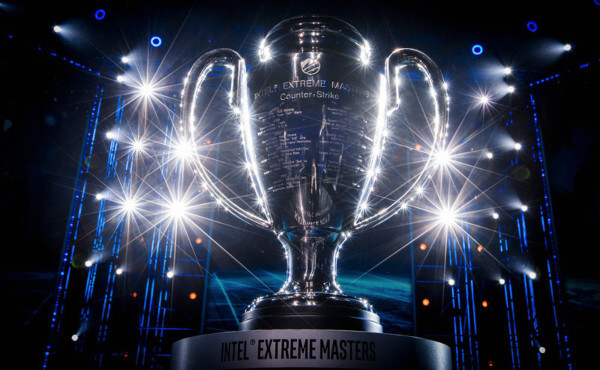 Since this is a double-elimination tournament, only the top 3 squads from each group will be advancing to the playoffs. That will mean the Upper and Lower bracket winners and also the runner up from the upper bracket match. The Upper Bracket winners will secure a spot on the semi-finals of the playoffs while the rest will battle it out on the quarter-finals.

Since the groups have already been released, I will be predicting which of the three most likely squads will advance from the group stages to play in the playoffs. I will be basing my predictions of the ones who will advance on the opening matches of each group.

Now this group is pretty stacked from the get-go. We do have some very big names in this group, however, there will always be some that stand out.

Right off the bat, I think Astralis will be one of the teams that will be on the top three of the tournament. Their first match will be against the new Cloud 9, and I think they will easily win that match. Not taking away from the new C9, but they are just a little bit inexperienced in the bigger stages like these.

For the second Group A match, it will be one of the good ones. NiP and Vitality are pretty much the same, with the same quality. Both of these lineups have experience in the big stages like these so this one will be a match to watch. However, I will give the edge over to Vitality since NiP has just recently lost most of its core players in Get Right and then recently Forest. If they can adjust to the loss of leadership, then I see them giving Vitality a run for their money. Otherwise, they will go down to the lower brackets.

The third Group A match will be between Na’Vi and Faze. Now, these two squads are two of the bigger names in the scene and they surely have their own fair share of star players. The way I see it, we are looking at the group winners of Blast Pro last month, with Faze winning the A bracket and Na’Vi winning the B bracket. It seems that Perfecto has been filling out the role of Guardian well. So if I were to choose between these two squads who would win their matchup, I would pick Na`Vi over Faze.

And lastly, Renegades against Fnatic. This matchup is somewhat a no brainer. I will be straight up picking Fnatic over Renegades. If this was the old lineup of Renegades with JKS and Jkaem, I might be hesitant to give the win to Fnatic right away. But since it is not, then it will be the Swedes all the way. With their recent addition of Golden who is calling the shots now, I most likely think that they will 2-0 Renegades.

And now for my prediction on who will advance to the Katowice Major playoffs. It will be Na`Vi, Astralis, and Vitality, with Astralis winning the group and Na`Vi coming in second.

The opening match here would be Mouz against TyLoo. Just like with Renegades vs Fnatic, this match is a no brainer. I will be picking Mouz over TyLoo on this one. The difference in their executions is just too big of a gap. Karrigan is a scary IGL, and he has Woxic, ChrisJ and Ropz as his teammates. With TyLoo losing BnTeT, who was their best player last December, I see no way for them to win against Mouz since Xeta is still an untested player in big stages.

The second match will be between 100 Thieves and G2. This is one of the two “fair” matchups in this bracket. 100T and G2 are somewhat equal in strength between them but what sets them apart is the star player quality that they have. And for that reason alone, I will be picking G2 over 100 Thieves. Amanek has been playing out of his mind lately. I mean the dude is considered as the best player in the world right now. KennyS has also been hitting a lot of his AWP shots and been making a ton of big plays recently just like their last tournament in Blast Pro.

The third match is the second “fair” matchup of Group B. This will be between Liquid and Virtus Pro. VP has recently picked up the whole Avangar roster just this December, the same Avangar squad that has won Blast Pro Moscow and went to the Finals of Berlin last year. That means they have quality. However, this is Katowice, and this is a big stage! And they are playing against Liquid, who won IEM Grand Slam Season 2. With this one though, this will be a flip of the coin and will most likely go 2-1 either way since the quality of the competitors is pretty much equal. For this one, I think Liquid will win, but VP will surely make it hard for them.

And now for the final matchup. This will be a one-sided matchup as well between EG and the newcomers Mad Lions. Just like with the new roster of C9, Mad Lions just does not have enough experience to play in the big stages like these and to hang with the big squads like EG. I will be picking EG on this one and they will most likely 2-0 Mad Lions. A few more big tourneys like this, and we might see Mad Lions as a contender, but in the meantime, I will be giving the win and my bets on the more seasoned squad.

The ones who will advance to the playoffs will most likely be Mouz, G2, and Liquid.

If you have your own betting predictions for the CS:GO Katowice Major tournament, then feel free to share it in the comments below!

CS:GO fans rejoice! I am sure that all of you are still getting over the buzz that was created during the ESL Pro League in France. That was the tournament where Team Liquid showed the world why they are currently the best squad in the world. Well, I have very good news for you fanatics […]

IEM World Championship is back! This event is one of the most important competitions in the calendar for Counter Strike: Global Offensive players with a big 500,000$ price pool which is quite the double of what last year’s IEM championship offered. Since the last CS:GO Major event there have been a few roster changes, so […]