Hey there Counter Strike fans! Guess what big major tournament is coming up next? You guessed it right! ESL is coming back to one of the most iconic eSports cities ever. ESL Cologne 2018 will be held starting July 3 all the way up to the 8th. The tournament will have a $300,000 prize pool where$125,000 of it will go over to the winners.

This is also part of the Intel Grand Slam series, where the winner of that cup will receive a whopping $1,000,000. All 6 teams in the Grand Slam are playing here as well. There have been a lot of player shuffles recently too and I will be discussing that in a bit.

Without further delay, let me introduce the crews that will play in the tournament and give you my betting prediction for the group stage of ESL Cologne 2018.

The 6 teams that are in the Grand Slam are FaZe Clan, Astralis, Fnatic, Ninjas in Pyjamas, MIBR and G2 Esports. Joining them are the other invited squads such as BIG, Cloud 9, Team Liquid, Mousesports and Natus Vincere. 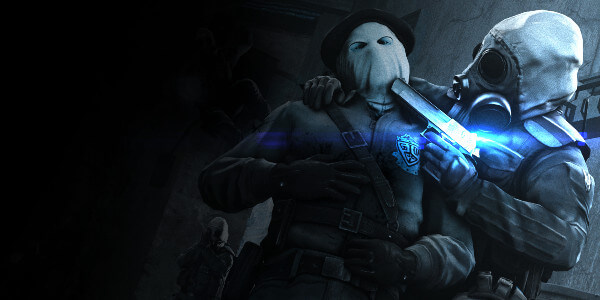 There are a lot of player shuffles as well regarding the big teams. The whole SK Gaming roster has been renamed to MIBR. FNS has been booted from Cloud 9 as well and STYKO from Mouz will be replacing him. Snax also left Virtus Pro and will be playing as a replacement for STYKO for Mouz.

G2 Esports have somewhat an overhaul of their team too. NBK and apEX are gone. They will be replaced by shox and Smithzzz. Lekro is also gone from Fnatic and he will be taking Draken’s slot at NiP. Draken will be replacing Golden at Fnatic too.

Now for the more exciting topic, the opening matches.

I see Astralis winning their match from Ence easily. They have been in very good form recently, and actually, one of the squads to watch in this tournament.

The Cloud 9 vs Ninjas in Pyjamas battle could go either way. With the addition of STYKO at C9, I see them giving NiP a run for their money, but I see NiP edging this out a little bit.

For the third match, I see Mouz edging out Gambit on this one. Gambit is a good quality team but Mouz has been on a very good streak recently.

And lastly, Natus Vincere vs G2 for the last Group A fight. I am going to go with Na’Vi here just because of the recent overhaul of the squad structure of G2 eSports.

Now for Group B

FaZe Clan against the Asian crew Boot. Boot is going to be steamrolled by FaZe Clan here. FaZe has a lot to prove in this tournament since they are one of the best squads in the world right now. Another incentive for that is, if they manage to win this whole tournament, they will win the Grand Slam series since they currently sit at the top of its rankings with 3 Major wins. So a win in this Majors will ensure the $1,000,000 prize of the Grand Slam for them.

The third match is Fnatic vs North. This battle is Fnatic all the way. North was good in the past, but with the loss of their players such as Magisk, they have been in a slump.

And lastly, BIG vs Team Liquid. I see Liquid taking this fight easily from BIG.

Hello there all of you Counter Strike fanatics! I have some good news for you. I am sure that all of you are still reeling in from the results of the StarLadder Major in Berlin. Liquid has been dethroned by Astralis in there! However, I will not be talking about the Star Ladder Major here. […]