This is the moment all of you have been waiting for my CS:GO brethren! One of the biggest CS:GO tournaments for this year will come to a close this December 12 – 14. This my friends is the Global Finals of the Blast Pro Series in 2019.

The venue for this prestigious event will be the ISA Sports City stadium in Riffa, Bahrain! This event will also feature a $500,000 prize pool, in which a majority of the prize which is $350,000 will go to the eventual champion. This will be the biggest closing tournament of the year for CS:GO for all of the premier tournaments.

Today we shall check the list of participants and also make our betting predictions for the final part of 2019 CS:GO Blast Pro Series.

There will be a total of 4 teams participating in the Global Finals. These are Faze Clan who are currently leading the pack in the qualifiers with 30 points earned. Team Liquid in the second spot with 28 points. The good old Astralis with 26 points and last but not the least, Ninjas in Pyjamas with 24 points. These points were all accrued during the entire year with these participants playing in various tournaments around the world for the entire year. 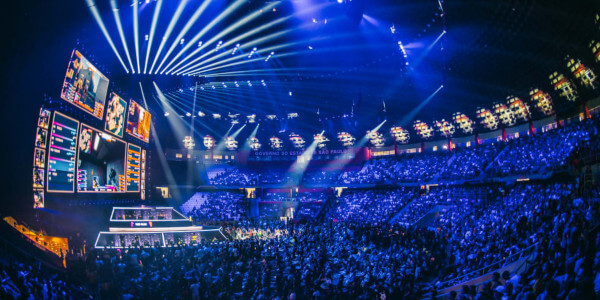 Since this is the Global Finals, all of these participants will go straight ahead to the playoff rounds. That means that these will be double elimination. The winners of the initial semi-final matches will be competing in the Upper Bracket Finals while the losers drop down to the Lower Brackets.

And just like any other Blast Pro event, there will be the famous Standoff event. The competitors for the Standoff match would most likely be the two squads that got eliminated.

Since this is not your run of the mill CS:GO event, I will only be picking which of these squads will most likely make it in the Grand Finals. The Upper Bracket winners for this event will be favored since they will most likely be well-rested since they will not have to go with the grueling matches to secure the only available spot in the Grand Finals.

So today, I will be making my predictions on which of the squads would most likely coast their way to the main Blast Pro event and which one would fight hard to secure the remaining spot.

For starters, I am already picking Astralis as the squad that will most likely coast their way to the finals. They will be the squad that will win their initial Semis match and also wins their Upper Bracket Finals match. Astralis has been quiet for the majority of the year just after winning Katowice, but just like any other top tier squad, they have clawed their way into the most recent tournaments in the past few months and even ended up winning the IEM Beijing tourney just a month ago. However, it is not that they won IEM Beijing that pushed me to give them the vote. It is the way how Astralis won in Beijing.

They literally dominated every other competitor that they went against. In all of their matches during that event, there are only two instances where their opponents reached double digits in round wins. Those double-digit matches came from one single opponent, which is 100 Thieves. They demolished every other team out there. I am sure all of you watched their semis match against Faze Clan where they systematically destroyed them. Faze only won a total of 2 rounds in the entire semis match, and those wins came by in Nuke. I mean they zeroed Faze in Dust 2, which is one of Olof’s top maps!

The second Grand Finalist in here would most likely be Faze Clan. Out of all the other competitors here, Faze is the one and the only squad that has been doing well these past few months. Sure they lost GuardiaN to Na’Vi but they still have the core trio of Olof, Rain, and NiKo. Although Coldzera and Broky are still a little bit rough around the edges, I think the core trio of Faze can still hack it against the still adjusting Ninjas in Pyjamas that recently lost Get Right and a Liquid squad that has been recently feeling off in a lot of the tournaments.

I think if Coldzera is able to turn on that killer instinct that he had just like during the old SK days, then I am fairly sure that they will be able to give Astralis a run for their money. I think he is still adjusting as being the new in-game leader of Faze but with this much of a prize pool on the line, I think Coldzera will soon make a turnaround.

I am also still holding out for Liquid but this is mostly as a dark horse pick. Even if they end up in the Grand Finals, they will most likely be toughing it out in the Lower Brackets for most of the tourney. I mean they have a very hard semis match against a well-conditioned Astralis that just won Beijing a month ago. For them to knock the Danes down to the Lower Brackets, I think Liquid needs to fire off on all cylinders from the get-go but I do not see that happening.

However, I still see them beating out NiP in the lower bracket round 1 though and they will most likely have to fight a Faze squad that is doing well recently so it still is a tough sell for me. I am still holding on though as Stewie and Elige can turn games around at a drop of a hat but I do not see that happening a lot lately.

If you have your own predictions for the 2019 Blast Pro Grand Finals event, then feel free to share them in the comments below!

This is a very exciting moment for all of CS:GO fans who watch and follow the competitive scene. I am happy to announce that the first major tournament of 2019 is nearing. Yes! You heard it right! IEM Katowice is up close and will start really soon. It will be held in the ESL Arena […]

The next big CS:GO ESL tournament is just around the block, Counter-Strike fans! Season 11 of the ESL Pro League will be played in Denver, Colorado between the 16th of March up until the 12th of April. It will be a very big event and that will feature $750,000 in prizes. Also, this is a […]

The Atlanta 2017 Major for Counter Strike had a fast paced and exciting group stage with a ton of action! In the end, eight teams were eliminated and eight crews made the playoffs in this Swiss format. The quarter-finals will take place this Friday at the fox theater in Atlanta, so we will go over […]