Hacking in Counter-Strike is a huge problem that have caused many to quit the game. With Counter-Strike being so competitive, a hacker can really ruin your day. However, many players treat cheats as a joke, because they are misinformed about them. In this article we will go over all the hacks there are, how to spot CS:GO hackers, why you shouldn’t hack, and how to deal with a cheater. By the time you are done you will be a pro at dealing with those annoying scum bags!

First let’s review the most popular CS:GO hacks out there. Wallhacks are basically cheats that allow you to see players through walls and smokes, similar to spectator mode. These allow the cheater to hit insane wall bangs and pre fires and can be really maddening. On top of this, it’s hard to catch these hackers because they can simply say they got lucky when they hit these shots. Wall cheats are simple to use, so the users are often bad at disguising them, which is good for you.

The next type of cheats we have to go over are aimbots. Aimbots are programs that move your crosshair right onto your opponent’s head and can be as subtle as a regular old flick to an insane half way across the map 180 no scope. Basically, you will get absolutely owned in every aim duel you take with these shady users.

The last type of assistance in this list are mobility cheats. These users can move faster than the average running speed and can “ghost” through walls. Basically, they get their inner Casper on and kill you by backstabbing you through a wall. All of these cheats are shady and unfair, and should not be used.

CS:GO hacks are very easy to use, which makes it really hard to end the blight that is defiling Counter-Strike. However, there is a bright spot. Because hacks are so easy to use, the downloaders are often blatant. Yes, spotting hackers is very easy once you know how and we will go over that soon. However, to all the possible cheaters out there, we as a community have a message for you. You are absolute jerks that no one likes and you will eventually be banned. If you are considering hacking, please don’t. It is annoying and ruins other people’s experience.

How do I spot a CS:GO hacker?

That is the question many noobs ask when questioned about some doubts they had about cheaters. Well, we will go over that now so you can get on them right away. First of all, don’t report someone because they keep out aiming you. This will waste the Overwatch guy’s time and no one likes that one guy who accuses everyone. Only report someone if they are blatantly aim botting or walling. If you are not sure, simply record a GOTV demo of the footage and then make your decision. If the player hits one or two insane shots, they might just be lucky. Wait until you see a consistent suspicious pattern before reporting them.

Now you may be wondering how to report these bullies. Well, it is quite easy. Just find their name on the Tab menu, and right click on it. Click on submit a report and fill out the required info. Once you do this, a reputed member of the community will watch the suspicious uses footage and decide whether or not to ban them. This is called an Overwatch ban. 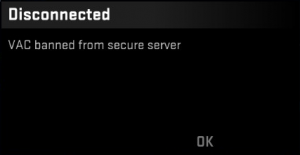 Cheaters are punished in many different ways. The first type of ban is the VAC ban. These bans are when a computer system determines you are cheating. You are banned from competitive CS:GO and cannot trade any of your items. These bans are permanent, unappealable, and come with a trade ban that locks all your items into your account.

The next type of bans are Overwatch bans. These are community managed bans, where one user can report a user, and another can choose to ban him based on the evidence available. These are appealable but take forever due to a backlog of appeals. You don’t want to get either of these, as they basically ruin your ability to play Counter-Strike on those accounts.

How to solve the problem?

Now you might wonder what Valve’s stance on this sensitive topic is. They are known to be absolutely no tolerance on cheaters and hate that their game is rife with them. So players don’t like cheats, and Valve doesn’t like them either. However, there will be those that will do it, and the best thing we can do is report and ban them.

A suggestion we have for dealing with hackers is to place them among other hackers. They will think that they are getting along unaffected while they are only being placed among other hackers. This will lower the amount of cheaters in regular servers as many cheaters have multiple accounts which they can use if one account is banned. A game that has used this system in the past is Titanfall, and I got the idea from the YouTube Warowl. It is a sensible idea that is easy to implement and would be very helpful.

Thank you for reading my article and sticking around till the end. I hope it either helped dissuade you from hacking and/or taught you how to deal with these shady individuals. Unapproved clients annoy other players and will get you banned eventually so don’t use them.

Look for my next article, bye till next time! Good luck!

How to Get Good at CS:GO If You’re Just Starting

Counter-Strike is one of the most popular game series in the world and now the latest game: Global Offensive, attracts many new players every day. Why? Well, the game has a very small threshold of entry. You don’t need top hardware and a lot of training experience to start playing CS:GO. Just a usual PC, mouse, keyboard, […]

If you are stuck at a low rank in Counter-Strike: Global Offensive, it can be quite frustrating, because of cancerous teammates, low level of skill, and the lack of ability to play with friends. That is why rank boosting services can be quite enticing. But at the same time, this is a huge problem or […]

Counter-Strike: Global Offensive has a huge pro scene, with many guys playing for big prizes and many fans watching live or on Twitch. While it doesn’t really matter if you are a casual gamer, fields are very important for pro-gamers. There are currently seven active locations in the map pool, and these are the levels […]