What are the requirements to become the best CS:GO team in the world? Or Should I rephrase the question, what are the qualities needed to become the best team in the world? That is the question that most of us esports hopefuls and fanatics would like to know. There are good players, then better players. But the category that these pro teams compete in is on the God Tier category, where a few of us would be able to reach.

I have asked this question time and time again, even during the rise to the top of Astralis last year, where they were crowned as the number one team in the world. Oh, how the mighty have fallen. We do have a new king on the throne, a new kid on the block. And that is none other than Team Liquid. So, what catapulted them up into the rankings?

They were considered dead last during the earlier parts of the year, and definitely a lower tier 1 team during the whole of last year. I mean, even people in Twitch and HLTV were trolling the NA CS scene. Nowadays, they are set to probably set a record in becoming the fastest team to be able to win an IEM Grand Slam trophy, if they manage to win in Cologne and in Chicago next month. If you want to find out, stick around and I will be breaking down Liquid’s journey to the top. 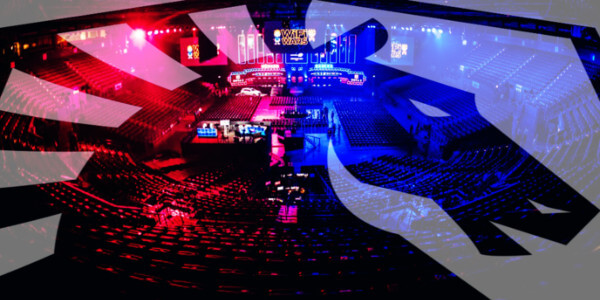 Liquid was once considered one of the top tier teams back when they started. They actually started in 2015 when the organization acquired players from Denial eSports. They were a ragtag team consisted of Naf, Nitro, Fugly, Daps, Elige, and their current coach adreN. They were a happy little crew, winning all these regional events but they never made it big during their first year.

Then a few roster changes were made, Naf was traded to Luminosity, Adren to Mythic and Fugly to Counter Logic. This was then the time when they signed the “superstar” roster. This was when they got Simple, Hiko and JDM. This year, they made it big in majors. They went Top 4 in MLG Columbus which granted them a direct invite to ESL One in Cologne. That is where they went head to head against the best team in the world at that time, which was SK Gaming that was headed by a prime Fallen and Coldzera. Sadly they lost 2-0.

After that impressive run in 2016, they were totally silent during the whole of 2017 and half of 2018. Then trades happened. Simple was sent to Na’Vi, Hiko was out, JDM was out. Twistzz was signed, Taco was signed, NAF came back. They had bad runs during early 2018. However, during the later part of 2018, that was when they woke up.

They managed to reach the Grand Finals on 5 different Majors. these were the ESL Pro League Season 7, ECS Season 5, Eleague Premier, ESL New York, and ESL Pro League Season 8. All of those grand final appearances except ESL New York, they lost to Astralis. In reality, they were actually the one who turned Astralis into the best team of the world in 2018, with them running a close second.

Rise to the top

Fast forward to early 2019, where they traded in Taco and Zews who was their coach for Stewie. The stage was not set for the almost original lineup of Liquid, with Adren coming back as a coach. However, during early 2019, they were silent yet again, just like the previous year. They managed to finish on the 5th to 8th spot on the Katowice Major. However, their Minors record was outstanding, which a lot of people does not look at. They actually managed to get revenge against all the drubbing Astralis did to them the entire year of 2018 by winning the iBuyPower Masters event.

Then they were in the finals of 2 more mini-majors, the Blast Pro series. Their rivalry against Astralis flared up again in Sao Paulo, where they lost. They also lost the Miami leg of the BPS. People are ranting that Liquid is at it again with being “disappointments”. I just think it was just Stewie adjusting being back in North America.

And then Sydney came, they won their first-ever Major in Sydney against one of the most legendary teams in CS:GO history, Fnatic. Then a second one in DraemHack Dallas against Ence. And now, they just recently won the Pro League in France against G2 eSports. Like I said earlier, they are about to set a record for the fastest team to win the Grand Slam if they ever sweep the next two ESL One events this coming July, which will be in Germany and in Chicago.

Now I for a fact know that Liquid has a very huge chance of winning these next two events. They might even seal the deal in Chicago because everyone knows that Astralis will not be competing in the Masters in Chicago. They just won the ESL tournament in Cologne, and just like I guessed on my predictions article, they will be going against the French team, Vitality in the Finals.

Now, all they need to do is seal the deal when they fly to Chicago, which is in a week and a half. They will have their warm-up in American soil though, since they are competing in the upcoming Blast Pro Series in Los Angeles, and they are also set to take on the leaderboards of that too since the current leader Astralis, is not going to be joining that competition.

With proper warmup matches when they came back in American soil, then the chances of winning IEM Chicago rises exponentially. We are actually seeing a new dynasty at work here, not only they are most likely set a new record in one of the biggest Grand Slam series, but they are also most likely taking the reins in the Blast Pro Global Circuit. No team has been that powerful, I mean not even Astralis last year. 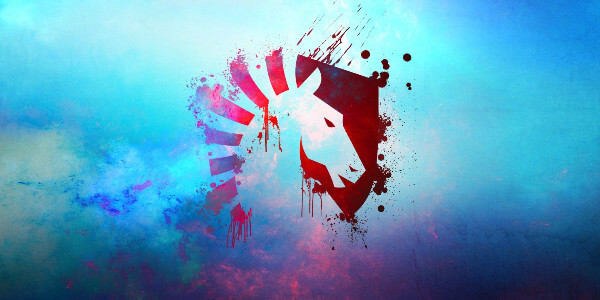 So what spurred on this current win streak of Liquid that put them as the best team in the world? What are the important factors that contributed in this probably record-setting streak that they are on now? I do have a few answers in mind. First things first, the whole roster of the organization itself. If you take a look at it, 4 of the 6 names are actually in the original/early roster of the organization. Nitro, Elige, Naf, and Adren were all players in there originally.

That means that their teamwork is already set to stone. The next addition that they have is Twistzz who has been with them since 2017. The only real newcomer here is Stewie2K, and that might be the reason why they had this adjusting phase, just like when they resigned NAF from Luminosity back in 2018 early in the year.

The next reason is that people have been ignoring their performances on smaller tourneys or events. Most people who bet only concentrate on the big major events, and thus it is easy to overlook a squad such as Liquid who actually stays active in a lot of Minor events and do well in it. A lot of people see Liquid and say “Well, they have no Major wins yet. A few close ones though” and my answer to that is “You do not get to play Astralis in 4 Major Grand Finals if you are not a good team” and then they shut up.

And lastly, people would love to hate on Liquid just because Stewie is in there. Stewie’s career has been marred by his previous MiBR performances and the late performances that he had during his last few months in Cloud 9. People tend to bring that to the spotlight when they talk about Liquid.

However, it is actually not detrimental to the organization, but in fact, a blessing since people will tend to underestimate Stewie due to the bad records that he had. The thing that people forget is that Stewie is not the whole squad. He is just part of the squad but people like to shine their spotlight on to him.

He puts up solid numbers if you really look at it and he is not scared to play the “trash positions” where you rarely get kills. These positions like the ramp in Nuke and even B site in Train rarely get action so you rarely get kills in here, and it is usually watched by a solo player. So if you do get people going through here, it would be a whole team and you will get mowed down.

Overall though, their rise to the top can be attributed to something similar to a Swiss-made timepiece. There are cogs and pieces that are insignificant if alone, but if put together, creates a masterpiece. Sure it takes a long time for it to move like clockwork, but when they start to click together, it is a wonder to behold.

I mean, you do not complain to the watchmaker when they make you a custom made watch and they make you wait for it while they create it right? I mean no one complains to Rolex, Patek Philippe, IWC or Vacheron Constantin if they take a few years to create a new timepiece. Same can be said for Liquid, they may take a while to start clicking, but when they click together, it is perfect.

That’s all folks! Be on the lookout for further articles, see you next time! Good luck!

I have previously made an article on the top 5 pro players in Counter-Strike. Well, where there is good, there will be bad. In this article, we will go over the 5 worst guys on top-tier teams. This list may include some no name crews if you are reading this in a couple of years […]

Top 5 Counter-Strike:GO players in the world

Counter Strike is a not only a popular game, but an up-and-coming esport, where top teams duke it out for huge prizes. Like in any other sport, there are some players who are just better than the rest. In this article, I will go over the top 5 pro-gamers (in my opinion), what makes them […]