Counter Strike is a not only a popular game, but an up-and-coming esport, where top teams duke it out for huge prizes. Like in any other sport, there are some players who are just better than the rest. In this article, I will go over the top 5 pro-gamers (in my opinion), what makes them good, and their unique play style! I will also grade them on various aspects of the game. For reference, 1 is a regular global elite while 10 is hacks. 5 is a regular pro.

Coming into the 5th spot is FalleN of SK gaming. He is arguably the most dynamic AWPer out there, making some crazy AWP plays. One of his most famous clutches is a 1v4 against NAVI, a top tier squad at ESL One Cologne. He is widely considered the most aggressive AWPer out there and is definitely one of the best in the business. Due to his aggressive style, he hits a lot of lucky (and/or suspicious!) shots. 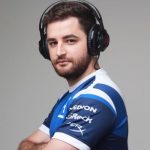 A notorious community nickname for him is WalleN, a tribute to the fact that sometimes it seems that he has wall hacks. However it is almost impossible to cheat on LAN, so until it can be proven that he has walls, he is definitely one of the best players in the business. What makes him even more impressive is that he is SK’s in-game leader, calling out strats and working out the enemies strategies. This unique combination of skill and brains combined with his many championships earns him a place in my top 5.

Veteran Olofmeister makes his way into the 4 spot. If he was still at the level he was at before an arm injury that sidelined him for a month seemingly lowered his skill level, he would arguably be the number one player. Olofmeister is currently an average guy, but his utter dominance in the CS:GO pro scene for the past few years deserves a spot is any top 5 list. He was the leader and AWPer (notice any similarities with FalleN?) for a Fnatic, was just about unbeatable in his hey-day.

His AWPing style showed no respect to his opponents, making plays that seemed just about unbelievable. There are 2 plays he has made that deserve special recognition here. Both were made on overpass, which is aptly nicknamed Olof’s Playground by some. The map creators even put signs of olof’s plays into the map. The first one was a fearless defuse he stuck to win his team a major. He got the defuse one tick before he burnt alive in the enemy Molotov, winning Fnatic a major. There is Graffiti of a CT sticking a defuse while burning alive on the B bombsite on overpass. 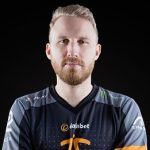 The second play is actually a boost he innovated (remember what I said about him being smart) on the CT side of overpass. He pulled it out in a semifinal match that Fnatic had all but lost down 14-2 after losing the second half pistol. This 4 man boost gave Olof a clear view of almost the whole map. He easily cleaned up the befuddled opposition who had no idea where they were getting shot from. Fnatic won 14 rounds in a row with this boost, which was immediately removed from the game. Olof is a smart and dynamic pro-gamer that is a legend among the CS:GO community, and deserves a spot in my top 5

Clutching his way into the number 3 spot is KennyS, the player with the biggest fanbase. He and his AWP the “magic stick” are worshiped by many. (Sorry about all the AWP’ers but most of the riflers are all great. AWP’s require more skill than rifles.) KennyS is a one man army and without him, his borderline tier one crew EnVyUs would be a tier 2-4 team at best. KennyS is arguably the most talented CS’er in the world, however, he is known to have off games in which people question whether he is a pro or not. He is the most clutch guy in CS:GO, and when he is on pulls off one insane play after another, causing squads to pull their hair in frustration. 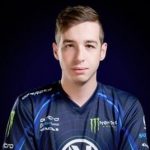 Even though KennyS has many memorable ace clutches, his most hyped up play is a 1v3 on cobble against Astralis. His team was attempting an a site take on the t side but quickly leaving KennyS and his magic stick in a 1v3. He quickly flicked onto one player and ran to the B bombsite. With time running out, Kenny had to plant the bomb. As he was planting, Astralis’s AWP’er Device missed a whole clip of pistol bullets. KennyS 180 no-scoped him as soon as the bomb was planted and then turned around to flick the last Astralis guy. KennyS deserves to be on my top 5 because his career is full of plays like this.

Spraying his way into the number 2 spot is FaZe Clan’s star Rain. He is arguably the best rifle specialist in CS:GO, capable with insane things if you give him an AK or a M4. If KennyS is the guy with the biggest fanbase, then Rain’s FaZe clan is the crew with the most fanboys. Rain is a consistent fragger and rarely has off games. This is invaluable to a CS:GO team as if all 5 players are consistent at once, they can be unstoppable. 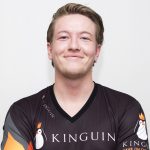 Rain is FaZe’s anchor star who has provided stability for a largely unsuccessful team, due to frequent staff change. Rain is one of the best Deagle masters in the world, with his most famous play probably being his Deagle ace clutch on train against NAVI. He is a dynamic and consistent rifler, a rare combo in CS:GO. This deserves a spot in my top 5

The best player in the world is the one, the only, S1mple! He is simply the unarguable champ of CS:GO (Pun intended). He is notorious for never staying with one crew for long (he has never stayed on the same team for a year yet), but any squad he is on flourishes, a clear sign of a great player. His former crews include Worst Players, Flipsid3 and Liquid with his current being NAVI.

Worst Players was a decent tier 1-2 crew with S1mple and now is an unheard of super low tier squad. Flipsid3 was a very competitive with S1mple but now is a low-level tier 3. Liquid was a typical NA team without S1mple, appeared at the final of a major with him, and has gone back to their mediocre results without him. 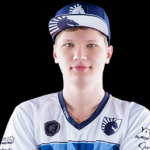 NAVI was a fringe top tier squad without S1mple, and won the first major they appeared in with him. All these results show a consistent theme of S1mple turning flawed guys into good ones. He is a great AWPer and one of the most dynamic riflers. He is almost the perfect gamer, good with all the weapons and a very smart. S1mple has too many great plays to list so I’ll just end his description here.

So those are my top 5 pro CS:GO players! These guys are all great and are truly awe-inspiring to watch. Remember that this list is very opinion based, and if you have a different opinion, please don’t hate.

Team Liquid Rising – How Did They Become Best CS:GO Team?

I have previously made an article on the top 5 pro players in Counter-Strike. Well, where there is good, there will be bad. In this article, we will go over the 5 worst guys on top-tier teams. This list may include some no name crews if you are reading this in a couple of years […]