Howdy y’all Counter-Strike fans! I have some very good news for all of you guys! You do know that the Intel Grand Slam has just been recently concluded by Team Liquid when they won their 4th win during the Copenhagen tournament. Well, I am proud to tell you guys that the first tourney of the third season of Intel Grand Slam is upon us.

IEM Chicago will be the opening tournament to kick off the Season 3 of the Grand Slam Series. The Chicago tournament will start on the 18th of July and will end on the 21st of July. This event will have a prize pool of a quarter-million dollars, with half of the pool going to the team that will be crowned as the champions of this event.

The event will be held at the lovely United Center, which is also the home of the legendary Chicago Bulls, so if you are a fan of both CS:GO and the NBA, you can get your photo taken in United Center since it displays Michael Jordan’s legendary statue inside.

Today we will preview the tournament and make our betting predictions for the IEM Chicago 2019. 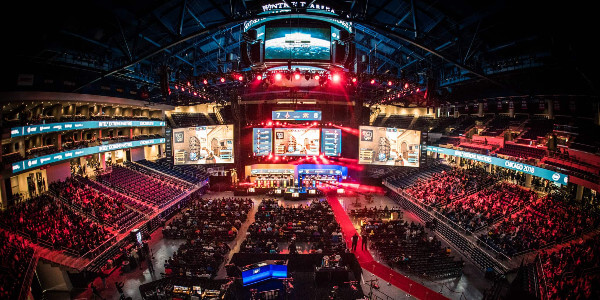 There will be a total of 8 teams that will be competing in this event. These 8 teams came from both European and North American invite lists. For the North American invitees, these are the current number 1 team in the world Team Liquid, MiBR, Team ENvy, and Renegades. The European front will be represented by ENCE, Heroic, G2 Esports, and Team Vitality.

There is not a lot of roster changes that will be happening on this specific tournament. The only big change that is happening will be that ColdZera will no longer be playing for MiBR for the foreseeable future. Recently he has requested to be transferred out after their disappointing run during the ESL One Cologne. He will be replaced by Zews in this tournament.

In other news, the Russian based CS:GO squad Forze, who was originally one of the European squads to play here in Chicago will not be able to make it due to visa issues. They will be replaced by Heroic who went second during the GG. Bet Invitationals to take their spot here in the IEM Chicago tourney. 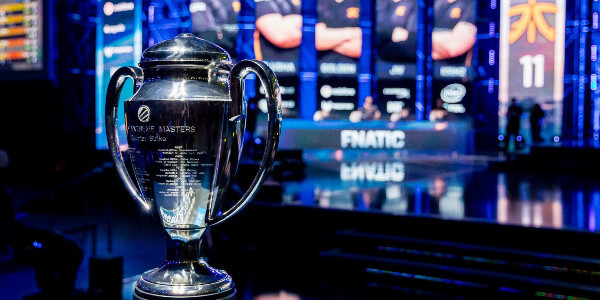 Now since this tournament will be using the same format as any other IEM tourneys in the past, we will not be wasting our time with what format they will be using as it will be fairly similar to all other Intel Extreme Masters tourneys in the past. What is much more exciting though is that they have already released the groups, so I will be doing my predictions by groups.

I will be guessing which of the squads will advance to the playoffs from each group, and probably pick a dark horse contender from each one. I will also be predicting which squad will be the overall winner in this event. So without further ado, let me introduce the groups to you and let’s get it on!!!

Group A will consist of the current best team in the world, Liquid. The squad that challenged their supremacy during the Major in France, G2 Esports. The Brazilians, MiBR, and last but not the least the newly reformed Team ENVY.

Now, Group A does have a clear cut winner that will advance for sure to the playoffs. I mean you have the current best squad in the world here in Liquid, which just has recently won the Intel Grand Slam competition in record time. They have been the fastest squad to win that pot, with 4 straight wins in a total of 5 games. Now I know Liquid would want to continue their streak as the IEM Chicago tourney actually kicks off the Intel Grand Slam Season 3.

So with a win here in Chicago, will cement their run for the second consecutive Grand Slam if ever they continue their streak. As of right now though, Liquid is in the grand finals of the Blast Pro Series in Los Angeles, just like I predicted last week. They might be using this as a warm-up for this Chicago tourney they will be going to in a few days. Elige is playing magnificently, Stewie has finally found his rhythm, I think Team Liquid will be a top contender team in the foreseeable future.

My next Group A contender would be none other than the French team, G2 Esports. We all saw what Kenny S and the crew did during the EPL tourney. They managed to grind through the Group A lower bracket to get themselves to the playoffs and basically surprised everyone when they destroyed not only Faze Clan but also NRG Esports who was responsible for knocking down to the lower bracket during the group stages. I do think that this is somewhat the second coming of the French teams, with Vitality also on the rise.

Just like with Group A, we do have clear cut contenders in this group as well. However, unlike Group A, Group B is a little bit more stacked. The teams represented in here have not suffered any recent roster changes so each team here has a chance to be able to win if they perform well. However, we are not here to talk about that though. We are actually here to pick which of those 4 will be advancing to the playoffs.

So for my first Group B pick, it would be none other than Team Vitality. As I have said earlier, the French teams have been really strong contenders in a lot of competitions lately. And out of all the French squads, Vitality has more of a presence recently compared to G2.

In fact, they have been in a lot of top 4 in a lot of events in the past 3 months, and all I can say is that those are definitely dominating performances. Considering they will not have Liquid in their group, I am sure that Vitality will be coasting all the way to the playoffs.

The next playoff contender from Group B will most likely be the Renegades from the land Down Under. The Aussies have been an off and on the team in a lot of major competitions. Seeing as there is no Astralis or NiP joining here in Chicago, I think Renegades will be able to push through the playoffs as those are the teams that they have problems most of the time.

Besides, it’s about time that the Australians win their first Major title, they have been a top 8 team consistently the whole year, and if stars align for them in this tourney, they might find themselves in the Grand Finals, going head to head against Liquid.

Now for the dark horse competitor from this group, I think it will be ENCE. Historically, ENCE always surprises a lot of people if the stakes are really high. I know all of you remember the fiasco that happened during the Katowice Major, where they went toe to toe against Astralis. They were also present in the Grand Finals during the Dallas Major, this time going face to face with Team Liquid.

Out of all of the competitors here aside from Liquid, ENCE has the most experience in getting to the grand finals of Major tourneys this year. The only problem that they have though is that they are somewhat inconsistent. If ever they fix their inconsistency issues, I am sure that they will become a top 4 contender during this half of the year.

If you have your own IEM 2019 Chicago betting predictions, feel free to share them in the comment section below!

It is that time again CS:GO fans! The Season 7 of the Star Series I League by Star Ladder is upon us. This tournament will be an 8-day event that will start on March 30th and finalize on April 7th. The offline competition will be held in Shanghai, China this time. This is the first […]

This week featured a lot of action, with six qualifiers taking place! Since we can’t fit all that info along with other news into one weekly article, we will be doing a special article to recap all six events.   The first competition we will discuss in the CIS Minor qualifier. Basically, this was a […]