Gambling is a fun and guilty pleasure that many of us indulge in. However, sometimes we do not want to risk our own money or skins, but still, want that kick that you get when betting. Watching youtubers gamble is a popular way to indulge yourself with no risk! It is fun and entertaining to hear their commentary, and they often do many giveaways for their viewers, sometimes for thousands of dollars! Today we will go over the top five CS:GO gambling Youtubers out there! 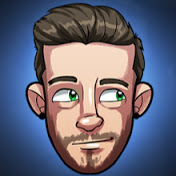 Coming in at the fifth slot is WatchGamesTV. He recently broke the one hundred thousand subscriber mark, and his videos are great. He uploads about four to five times a week and usually has a bankroll ranging from five hundred dollars to a couple thousand dollars. He does a good job doing realistic bets and provides great commentary. He does entertaining challenges and mixes up the sites he uses. He can be counted on to do about five to ten giveaways a week, with a couple thousand dollars being given away every month or so! I love watching his videos, and you should give him a try as well! 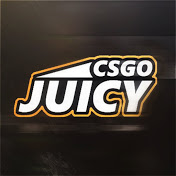 Sliding into the fourth best Counter Strike betting youtuber is Juicy. He also has over a hundred thousand subscribers, and he is slightly more popular that WatchgamesTV. You can usually rely on an upload every other day. The great thing about juicy is that he gambles with a huge bankroll. He has done videos with over thirty thousand dollars before! You can always watch high bets if you watch juicy’s videos. He also does giveaways, but not nearly as much as some other youtubers. He does one or two big giveaways a month, usually a three to four hundred dollar knife and a AWP skin like the Dragon Lore or a Medusa. He has not yet revealed his face, and does not to twitch streams, adding a layer of mystery to this great uploader! 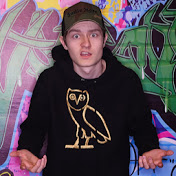 Third on our list is Skinfreak. His videos are really, really good! He only uploads about once a week, but it is always high quality content. He also has funny life hacks on his channel on top of the gambling. He gets huge bankrolls as well and was one of the earliest sponsors of Drakemoon. His commentary is quite entertaining, and his videos are quite long, reaching twenty to thirty minutes. He has revealed his face before, and we know he is a young American, probably twenty years old. The one big issue that Skinfreak faces, is that he has done some seriously shady stuff in the past. Once he “unboxed” a knife in a case opening. However, after much detective work by suspicious fans, it was revealed that his unboxing was, in fact fake! This caused a huge uproar in the community as skinfreak was the top CS:GO youtuber at the time. But that’s not all! He also copied content from another creator and passed it off as his own. The other youtuber was a friend and he forgave skinfreak, but it was still a disturbing thing to find out. Still, his content is entertaining and worth a watch! 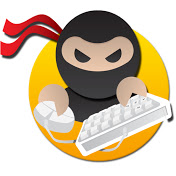 In the number two slot, we have Sparkles. You have probably heard this name before if you watch or play Counter Strike at all. He does many videos, with gambling being on of his most popular series. He also adopted Drakemoon early and uses them a ton. He has quite a lot of subscribers, and uploads daily. However, he only uploads CS:GO betting content once a week, with his other videos being user Counter Strike highlights. He has about a million subscribers and produces good quality content with great commentary. He also does some of the biggest giveaways out there! He always has a couple of giveaways available, and he regularly does huge giveaways with over ten thousand dollars in skins! He also interacts with his fans quite well, and he is always accessible. He also unboxed one of the only Souvenir Factory New AWP dragon Lore, considered to be the most valuable skin in the world. The fact that he unboxed it on camera as well was quite amazing. He streams on twitch as well and is quite popular there too. Definitely, check him out! 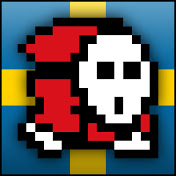 Coming in at the top slot is Anomaly. He is simply put, the most hilarious Counter Strike youtuber I have ever seen, and with over two million subscribers, the community agrees. He opens valve cases with his own money or uses Drakemoon. He uses hilarious real life commentary to add to his content. He does giveaways through his sponsors often but seems like a chill guy in general. He will kill you if you put his volume up too high so beware of that. He also curses quite a bit so viewer discretion is advised. Basically, he acts like a man child who is excited to open cases, unlike other youtubers who act like it is a job. He has not had any shady incidents at all and is clear and open with all his viewers. He always wears a funny bucket over his head when showing himself in real life, and the community loves the intrigue that it adds. He is not afraid to offer off the wall opinions about what’s going on, as he made a funny parody of all the shady business going on in Counter Strike that was one of his most popular videos of all time. He traded up to a factory new StatTrak blue gem AK-47. Many serious traders have priced the gun at over thirty thousand dollars, and it rivals Sparkles unboxing as the most insane item unboxed on camera. Anomaly is just a funny, stereotypical Russian guy that you should check out!

Thanks for reading this article and sticking around till the end. I hope I was able to inform you about some of the best CS:GO youtubers out there to watch.

Be on the lookout for future articles, see you next time and good luck!

The design is very dull and bland. The color motif of this site is depressing to look at. The only other shades of color you can see aside from green, gray and orange are from the profile pictures of the users and their logo. Navigation here is very easy as games are labeled properly. I […]

The design is unorthodox. It is unlike any other site I have visited yet. It does not follow the traditional setup of most CS:GO gambling platforms where the games selector is on either side of the page. The link for the respective games can be found on the top of the service. The main bulk […]

Counter Strike: Global Offensive it’s one of the most popular games played on Steam. Not only because it’s easy to play or its high skill level on competitive gameplay. CS:GO is also popular for its weapons and their resemblance to their life counterpart. In Counter Strike you can customize your arsenal of guns with skins […]