Since the release of League of Legends in 2009, on the 27th of October, the game has seen an immense and unprecedented growth in the world of E-sports.

In July 2012, LoL was the unchallenged #1 in total hours spent playing it.

All over Europe and North America, where the game was initially launched, people were signing up and playing with their friends. At that time, the pay-2-win concept of games was dominant, and League of Legends was refreshing in the sense that they only allowed digital purchases that would not affect actual game play, or give any players who had spent money an advantage over the players that hadn’t spent any money.

This fueled the user adoption and as of January 2014, 27 million people was logging in every single day to play LoL with their friends, or to climb higher in the Elo system put in place to rank individual gamers. At first, the competitive LoL was limited. With a few underground tournaments here and there, it was far from the massive event we tune in to today, that is the League of Legends World Championship.

Fnatic ended up taking the prize money after winning against aAa in the finals. Since that time, the competitive LoL eSport scene has grown immensely and with it, the prize money, number of pro-players participating, and also the game play, has all grown massively since that time. With the finals held in 2016 attracting as much as 43 million people all around the globe the stage is definitely set for a time where men will be rushing home from work to watch a mix of youth and experience play against each other in a computer game while drinking redbull, rather than watching the soccer match and drinking beer.

With the massive growth in League of Legends eSports, it slowly achieves the same status as regular sports. For example, more and more bookmakers are offering E-sport markets and even governments around the world are accepting E-sport as a regular sport in cases where it is relevant. An instance of this is the US government dispensing scholarships to LoL players on the same line as the quarterback for the local college team would receive one, to let him study and do his sport simultaneously till one weighs more than the other.

So by all means, competitive League of Legends, and e-sport in general are in what seems to be ever increasing growth proportional to the wide-spread adoption of the internet and the acceptance of gaming and gamers that comes along with it.

By the looks of it, there are no obvious signs that the development will slow down anytime soon, however more and more different games might arise to dilute the majority that LoL undoubtedly has in the competitive E-sport scene.

If you are considering aiming for the prestige of becoming a pro LoL player, you should not fear that by the time you become any good, the pro scene will be gone, because it most likely won’t be gone, in a very long time.

Since the inception of the game, Riot has evolved it through countless patches to either fix minor bugs and tweak values of champions and items to make it more balanced or even make groundbreaking changes to the game itself. I bet most people don’t remember, or at least very rarely thinks about, how much has actually happened to the LoL.

You still pick a champion, have a mid/bot/top lane to manage, and even a jungler which hasn’t changed since the launch.

However, a ton of in-play mechanics have been removed/added/changed to fine-tune the competitive experience and the map itself has also seen a whole lot of tweaks here and there. Most recently, the terrain has been re-shaped to make room for some more jungle camps and also the Rift Herald has been added as a means of allowing players to capitalize early if their enemies allow it. All these changes, and all the changes to come, are made to ensure that LoL stays a fun, fair and challenging game to play competitively. 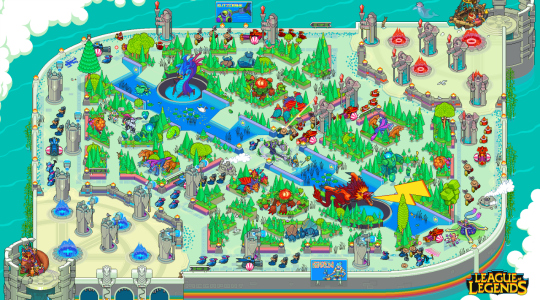 Throughout the lifetime of League of Legends esports, only two teams have remained to this day. Counter Logic Gaming (CLG) and Team Solo Mid (TSM) are the two professional squads that are still around today, even though the player rosters have seen numerous changes on both crews.

Back in the days, when competitive LoL was still young, these two teams rivalized each other and their fanbases, resulting in some very fast moving chats when they played head-on live on Twitch.tv or another streaming service. Worth mentioning about e-sport is also that the majority of viewers are from streams online and not from physical appearances at the main event (sometimes a tournament is displayed at several physical locations) which separates it from traditional sports such as Tennis and Soccer even though these sports are slowly getting more and more online viewers.

The prizes are also creeping up on the amounts that can be won from Soccer or Tennis, with the latest World Championships in LoL having a total of $2,000,000 being won by SK Telecom T1 (2016) and that is actually incredibly close to what the winner of the highly profiled tennis tournament, Wimbledon (prize: 2,000,000) would win.

I have no doubt in my mind that this scene will grow in the years to come, hopefully, to reach equity with the traditional sports, and perhaps even outgrow them at some point in time. Until then, I am sure Riot will do their very finest at keeping League of Legends fun and challenging, while also encouraging some of the very best players to take the leap of faith into professionalism and start living from what they enjoy doing.

With both new teams and older crews competing in the Challenger Series in order to qualify for the more serious LCS splits, which in turn leads to Worlds, its a very vibrant community full of familiar faces. Often you will see a player playing in a few different teams, or even break out into a whole new squad, like Fnatic’s xPeke breaking out into what is today known as Origen, with very few of the original Fnatic roster.

With the internet and all the possibilities it allows, the LoL e-sport scene is ever-changing and very flexible, whether it’s in terms of updating rules, hosting tournaments, finding replacements in teams or discovering new aspiring talents, the electronic competition is without a doubt the most efficient, and is therefore destined to threaten the established sports of their dominant positions.

How to Place League of Legends Bets with Bitcoin?

Betting on League of Legends with Bitcoins Online betting sites have existed for a long time. There’s an entire market surrounding it, with many sites offering a wide array of types of bets, analysts and experts selling their tips and insights – and lately, with the emergence of cryptocurrencies, many esportsbooks are also offering to […]