Hello, all of you fellow trading card game fans out there. Today, I will be discussing a topic that is somewhat close to my heart. Now if you guys have been following me for a while, you would know that I started my journalism stint during the Jade meta of Hearthstone. This was way back in 2016, and from there I have expanded into covering a lot more competitive esports games such as CS:GO, Dota 2 and even Rainbow 6 on occasion.

Back in the start of my journalism career, I interviewed a couple of professional players who were trending during that time. I even managed to snag an interview with Pathra, who up till now is considered one of the faces of competitive Hearthstone. But enough of that. Today I will be talking about the history, evolution and the future of esports for trading card games.

History: Looking back through the ages

Competitive digital trading card games have come a long way. Most of the people who follow card games would think that Hearthstone was the one that revolutionized the online competitive TCG’s when they released their beta way back in 2013. However, let me correct you boys and girls, it is actually Wizards of the Coast and the online version of Magic: The Gathering, which is Magic Online that actually sparked the online CCG genre almost a decade before HS.

I was a big fan of Magic the Gathering back when I was a kid. I spent all my allowance trying to buy as many packs as I can way back when MtG released. However, there were not a lot of people that play the physical card game in my town after a few years due to the scarcity of the cards and card shops that sell them booster packs.

So naturally, when they released Magic Online, I switched to that platform since I would be able to play against a lot more people compared to the local scene in the local card shop. Besides, I was already earning money when Magic Online released since I was 20 that time, hence that fueled my obsession with the one game that ruled my childhood. And boy, it was expensive!

This was the time when Blizzard announced their own online TCG. This was actually based on a physical TCG that revolved around the World of Warcraft TCG, down to the name hence Hearthstone was born. The name actually came from an item in World of Warcraft that teleports you to a tavern where you served, which is fitting since Hearthstone’s premise is WoW characters playing the card game in a tavern.

Talk about marketing genius with the naming of the game right? However, the reason why HS actually boomed is that it addressed a lot of the gripes of the old Magic Online players. In Hearthstone, there is no possible way of getting mana screwed or mana flooded since you are not required to draw lands for mana.

Also, it limited the deck to 30 cards and also duplicates to 2 cards each deck. So at the time of their release, they already had the fanbase of World of Warcraft players plus a lot of disgruntled Magic Online players. Fast forward to the release of the ladder system, it sparked the birth of a new esports genre, the CCG genre.

For a few years, the entire CCG esports was dominated by Hearthstone alone. I mean they were the benchmark of CCG games. The reason why HS was the benchmark and not MtG:O is because Magic Online is too complicated for the casual viewers. Only hardcore and seasoned Magic players would be able to understand the intricacies of the game. Aside from that, Wizards of the Coast actually put more emphasis on the tabletop version of Magic, pushing the Online version of the game aside. 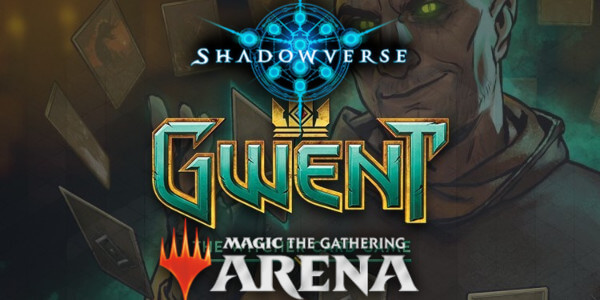 However, when the year of 2017 hit, it was a great time for a lot of CCG enthusiasts and competitive gamers alike. CD Projekt Red, the infamous creators of the beloved Witcher series, released their own CCG title, Gwent. This was also the same year that Shadowverse, which was offered in Steam, exploded on the global market. These two titles have different styles on how trading card games look like, with Gwent taking on the deck building approach and the intricacies of Magic the Gathering while Shadowverse following the simplicity and the graphics-heavy approach of Hearthstone.

Both Shadowverse and Gwent actually hit the ground running on the competitive scene, splitting the viewers and also the players between these three. A lot of players who were from Hearthstone switched over to either Gwent or Shadowverse. I still remember Lifecoach, who was a legend in Hearthstone, quit the competitive Hearthstone scene to switch over to Gwent. He was then followed by his Global Games teammate Super JJ and then Xixo.

On the side of Shadowverse, we would see Amaz, who was one of the top HS streamers back then give the spotlight to Shadowverse instead of HS. This was also the time when Projekt Red actually took the fight against HS in the competitive scene when they started offering tournaments with $100,000 prize pools, which actually rivals some of the tournaments that the pro HS scene offers.

Towards the end of 2017, also came full circle for Magic when they released Magic the Gathering Arena. It still incorporated the intricacies of the beloved MtG, but it put it in the same gameplay as that of Hearthstone or Shadowverse. This was the second time MtG:O was kicked to the curb since most of the old MtG pros such as Owen Turtenwald actually prefer Arena compared to MtG:O. Other HS streamers, content creators and pros also jumped ship to Arena since most of them have been long time MtG players. Names like Day9, Kripp, and Kibler to name a few. 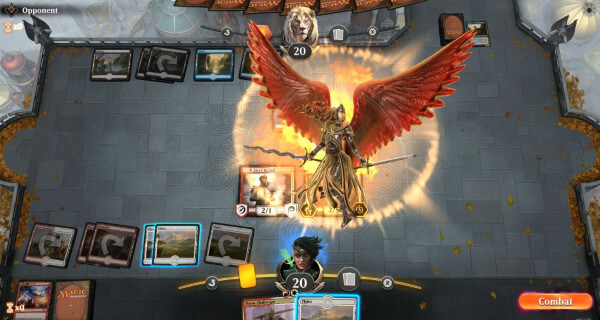 The Future of CCG

2018 was another great year for competitive CCG. This is actually the year that Arena solidified its name into a household digital CCG. This is mainly due to 2 reasons. The first reason is that they have been constantly getting a large player base from the beloved Blizzard game. Hearthstone has been met with a lot of criticisms due to the unbalanced decks and cards that they have been putting out every single expansion starting from the Pirate and Jade meta. This pushed the old MtG players back into playing Arena.

The second reason is that Wizards of the Coast actually announced that they would be investing an initial $10,000,000 into the eSports development and the competitive scene. For a company as long as Wizards of the Coast, this was met with a great response as they are actually joining in the foray of the professional CCG scene.

Gwent is still a constant player in the competitive scene. With how Projekt Red handles the development, I still see a bright future for Gwent players. They also have a healthy community, thus I do not see them going out of the Big 3 for a long time. Shadowverse is a different story, however. They have fallen off the face of the map as fast as their meteoric rise in the competitive scene. Outside of Asia and mainly Japan, you rarely see players who play Shadowverse anymore. This is due to their unbalanced card releases, the same thing that is currently affecting the pro scene of HS.

Hearthstone will still and forever be the first game that actually revolutionized the online TCG scene. It will still also stay in the Big 3. They still hold their annual HCT Tours and the Global Games, thus still have the community even if they are somewhat disgruntled. And as long as there are players such as Pathra, Hearthstone will be competitive no matter what.

Hope it was useful guys. See u next time! Good luck!

ESEA is a super popular service that you have probably heard of if you play the popular shooter game Counter Strike: Global Offensive. Many in the community feel as if regular matchmaking is broken, with trolls, smurfs, and hackers. The rank system is also messed up for some. And of course, pro players cannot really […]