CS:GO fans, are you ready for the next big tournament that will be held in Russia? I am pleased to announce to all of you CS:GO players that Epicenter will be live on October 23rd all the way up to the finals date of October 28th.

The venue for the event will be the Legends Ice Palace, which is a fitting venue since one of these competitors will take home half of the $300,000 prize pool. It is also located right in the heart of Moscow, Russia and has been the premier venue for a lot of sporting events that happen within the city.

In this article, you will find all the information regarding this competition, including participants, format and betting tips for the Epicenter 2018. 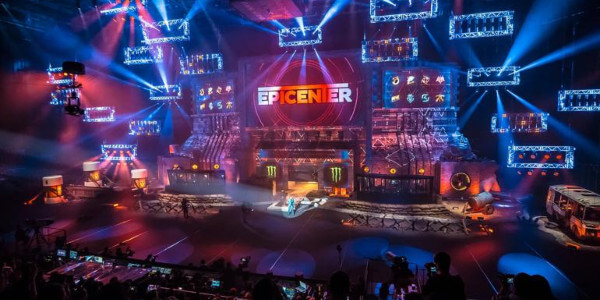 There will be a total of 8 teams that will compete on the tournament proper. Four of those squads secured their spots from direct invites. These directly invited teams are the powerhouses such as Natus Vincere, Faze Clan, Team Liquid and Ninjas in Pyjamas.

The selection for the non-invited teams is somewhat unique as the last 4 competitors for this event was secured through wildcard matches. The next two squads who was able to secure their places through being the top teams in the wild card are Ence Esports and also a newcomer on the scene, which is Avangar.

The remaining two slots will be up for grabs on the elimination matches that will be happening on October 22nd. The 4 remaining teams that are still eligible to join this event are veterans Virtus Pro and Hell Raisers, and also the newcomers such as 5Power Gaming and Swole Patrol.

Originally, Astralis and mousesports were among the invited teams. Team Liquid was invited to replace the slot that Astralis vacated. Hell Raisers was the squad that replaced mousesports on the wild-card roster.

The tournament format is pretty straightforward in the group stages. There will be 2 groups with 4 teams each and they will battle it out to see who comes out on top. The leaders for each of the brackets automatically advance to the semifinals while the second and third placers will secure a spot on the quarterfinal spots on the playoffs when the group stage ends.

The squads that came dead last in their respective groups will be eliminated from the tournament. Also, all of the matches that will be played in this tournament will be a Best of 3, the finals included. 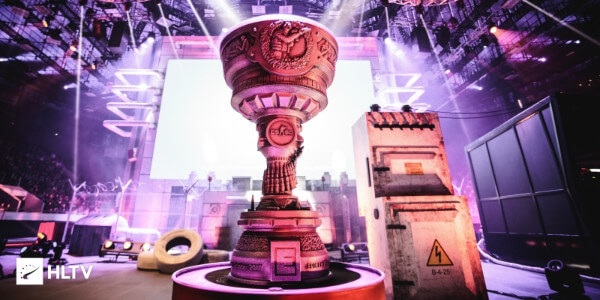 Groupings and Predictions for CS:GO Epicenter 2018

The groupings of the invited and qualified squads so far are pretty even and well distributed. For Group A, it will feature the likes of Faze Clan, Natus Vincere and Ence Esports. The second one, Group B will feature Ninjas in Pyjamas, Team Liquid, and the newcomer Avangar. For the last 2 slots, the teams that will most likely come out of the wild card matches will be Hell Raisers and Virtus Pro.

Not that I have anything against Swole Patrol and 5Power Gaming, but the sheer experience that the first 2 squads have would be the key difference and would likely be the deciding factor on who advances. Unless those two teams face each other in the elimination, 5Power and Swole Patrol will have a slim chance of seeing the group stages of the main tournament.

This bracket already has a clear-cut view of the two teams that will be taking the top two spots, no matter whoever qualifies to secure the last spot. The top spots in Group A will most likely go to either Faze or Na’Vi. Even if Faze has been dismal in the last few events they played in, they are still a pretty strong team in my opinion.

However, the clear favorite for this bracket to advance directly to the semifinals will be Natus Vincere. They have been very impressive lately, winning a lot of silverware in the past few tournaments they joined in. First, they came in first on the Asia Championships back in June, beating out Virtus Pro. They also won the ESL Cologne tournament in July by beating BIG.

The most recent silverware they have is the London Major, which they came in second to Astralis, who already withdrawn from the tournament. With Astralis out and just a few premier teams that can give them a run for their money, it is very easy to pick Natus Vincere to top their bracket and probably win this whole tournament.

Now with the top 2 out of the way, the most important slot would be crucial as well as it will secure you the final quarterfinal slot. Depending on whoever advances, Ence Esports has been a pretty stable team as of late and actually winning the Star Ladder event just a few weeks ago beating TyLoo, BIG, Optic Gaming and mousesports along the way.

However, if ever Hell Raisers get seeded with them, their dreams of getting an easy way and a safe pass towards the qualifiers will be challenged. Hell Raisers has been an impressive team lately too, with Woxic and Bondik currently playing their heads off on these past few events.

However, the unstable Virtus Pro gets seeded with them, then they will most likely cruise their way onto the quarterfinal slot leaving Virtus Pro on the dust. Even with their quality lineup, I still do not see Ence Esports surpassing Hell Raisers, let alone very good and very organized squads such as Karrigan’s Faze Clan or Simple’s Natus Vincere. Not a chance in hell.

So, it is a matter by luck of the draw if they will make it to the quarters or not. If it is Virtus Pro, then most likely yes. If it is Hell Raisers, then a 50% chance of going through. However if by pure luck that either 5Power or Swole advances, then they would definitely tear them a new one and breeze through the quarters.

This bracket is very different from the first one. The overall quality of the squads on this is pretty much even with each other, with only a slight lead going the way of Ninjas in Pyjamas. With that said, however, I do not see them automatically assuming the pole position of this bracket once the group stages end. It will be a long fought and a hard battle with Team Liquid and also Avangar for that spot.

You might be asking why I put Avangar on par with them even if they are just newcomers? The thing is, even if they are newcomers, they have one of the best lurkers in the CIS region with them, Fitch. Fitch has cut his teeth on Gambit back in the day when they won the major.

Aside from the Fitch factor, Avangar has been recently steamrolling and tearing it up in the minor leagues, hence their inclusion in this prestigious event. However, even with that kind of pedigree, They still would need to be in tip top shape to be able to best someone like Forest or Twistzz who are playing the game of their lives. But hey, miracles do happen.

Now, if ever Hell Raisers would be included in this bracket, then I can safely say that Group B will be dubbed as the Group of Death. Imagine this, Ninjas in Pyjamas, Team Liquid, Avangar, and Hell Raisers. It will be a battle of epic proportions, where every squad could beat any other they face against on a good day.

Just take a look at the big names that will be on the lookout. Forest, Get Right, Twistzz, Taco, Naf, Fitch, Woxic, Bondik. It will be like the Clash of the Titans, only it is in CS:GO and not a movie. This will break a lot of people’s hearts and also their wallets if ever they bet on the wrong squad and the other just manages to pull of an upset.

With that said, however, I still would put Team Liquid to take the top spot on this bracket, and then followed by either Avangar or Ninjas in Pyjamas. Liquid has had a recent run of second place finishes in the last few events they played in, the most current one being ESL New York where they lost to mousesports in the finals.

The reason I am picking them over NiP is because NiP does not have any current tourney successes this year. They always manage to get to the playoffs and outright lose in the quarters. However, with a lot of big-name squads not present, I think this will be their chance of getting silverware. That is unless they choke again after they hit the quarterfinals like the curse that they currently have.

Please let me know in the comments if you agree or disagree with my CS:GO Epicenter 2018 betting predictions!