I have repeated time and time again that eSports is one of the fastest growing enterprises ever in the entertainment and sporting genre. Not only it grows exponentially fast these recent years, it has managed to pull a lot of big money sponsors to their events.

Companies such as Mountain Dew, Monster and Amazon are some of the multi millionaire companies that show their vocal support for everything eSports. Even ESPN featured some games a few years back in their network. That shows a lot and says a lot about the growth of eSports as a genre.

However, it is not just big companies that have started showing their support for gaming in general. There are actually a lot more global brands and major businesses that support the industry. These other companies may not sponsor major tournaments or have their own gaming league, but they actually scout and support growing teams and also are on the lookout for rising talent.

However, it is not just companies and brands, but also individuals. People who want to actually make a mark on the scene. So today, I will be talking about the individuals and also the other companies that you might not know that support an eSports squad. Who knows, they might actually be the owner of your favorite team. 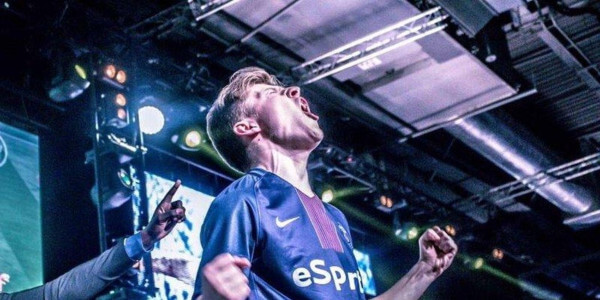 Sports organizations are no stranger to seeking excellence, so you must not be surprised if every big team out there in the UEFA region supports somewhat a virtual team of their own in regards to the FIFA game. However, some of these organizations may surprise you as they actually manage to branch out of the regular FIFA game and also pick up an eSports team for a different game. Here are the examples

PSG, or Paris Saint Germaine have recently delved deeper into the gaming scene. They are not strangers on the FIFA platform, but during early Spring of 2018, they managed to pick up the Chinese team LGD. Right now, LGD is actually flying the PSG tag.

A majority of CS:GO fans know about this, however for the newer ones who just started to follow the scene, the team North is actually under the wing of this Danish football powerhouse.

This German powerhouse is also not a stranger to gaming. Although they have a stable FIFA in-house team, they have managed to pick up a League of Legends team and sponsor a couple of players who play Hearthstone.

Now Santos FC is all the way out in Brazil. However, they are not strangers to eSports as well as Brazil is one of the biggest countries in South America who produces a lot of talented gamers. So you better not be surprised if Santos FC picked up a couple of teams who play mainly shooter games such as Call Of Duty, Battlefield and a similar game to CS which is Cross Fire.

Now, let’s look at the basketball counterpart of those organizations and see what some of these teams who field their own NBA 2k teams get involved in.

The Sixers just recently acquired one of the oldest and one of the biggest eSports organization in North America, which is Team Dignitas. With this new addition to their organization, the gamers that the Sixers carry extend over to Starcraft 2, League of Legends and Hearthstone now.

Both owners of Sacramento Kings which is Andy Miller and Mark Mastrov has a hand in forming NRG Esports. Aside from that, they also have a lot of baseball and NBA superstars who are angel investors such as Alex Rodriguez from NY Yankees and also the legend, Shaq. NRG mainly fields teams for shooters such as CS:GO and also Overwatch.

Aside from winning championships in the NBA, Golden State also wants to win titles in electronic gaming. They have recently started their eSports department and are currently fielding an NBA 2K and League of Legends rosters.

One of the owners of the Warriors also has a stake in Team Liquid, a major gaming organization in North America. 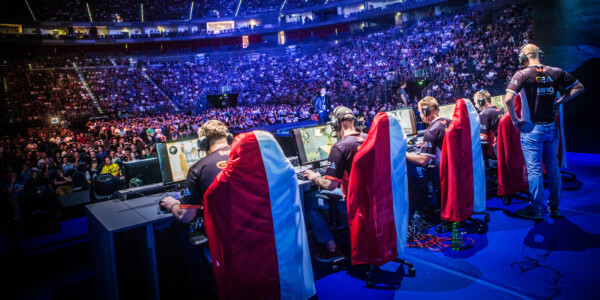 Ashton Kutcher is somewhat unique as he does not even own an esports team. What he did, however, earns him so much more by being very supportive of the Unikorn platform. Unikorn is a betting website where gamblers are able to bet on their favorite teams whatever the game it is.

The Dallas Mavericks billionaire owner Mark Cuban is another one who supported Unikorn on the early stages. Although the Mavs field their own NBA 2K roster.

Rick Fox, a former basketball player who played for the Los Angeles Lakers recently bought a League of Legends squad. When he was asked in the interview why he bought it, he answered that League of Legends is his son’s favorite game and this was his way to bond with the kid. I mean you can just play the game with your kid but whatever floats your boat eh.

Steve’s love for gaming was cemented when he bought the Las Vegas organization Rogue. Now people will see the popular DJ as a true gamer and not just one riding the popularity of the scene. Rogue Gaming fields teams in FIFA, Counter Strike, and even Fortnite.

Recently, some members of the band Imagine Dragons have bought in during the investment round. That makes a majority of the owners of Rogue musicians.

Drake is one of the newest investors in the lifestyle brand 100 Thieves. 100 Thieves actually started as a lifestyle brand and then turned into a legitimately competitive team just recently. They currently field Call of Duty and also CS:GO squads and are looking to expand more in the coming years as they also brought in the head of the Cleveland Cavaliers.

That’s all, hope it was useful. Look for my next article, bye till next time! Good luck!

All right, let’s see what we’ve got! Today I will be bringing you a brand new topic for a brand new year. We will be talking about who made the most money out of all competitive eSports during the whole year of 2018. I will not be including other sources of revenue and income such […]

Hello, eSports fans! Today we start with a new type of article here on esportsbetting ninja – we are going to talk about various topics within the Electronic Sports history, starting with the biggest tournament organizers. They’ve been in the scene since its inception at the start of the century (some were founded even before […]