Greetings Dota 2 fans! The competitive season for our favorite game is about to start again, after an exciting last season culminating in a Team Liquid victory at TI 7. Valve’s new approach to the pro scene this year will surely improve the game’s landscape in a major way – there will be plenty of opportunities for the best players to showcase their abilities and a nice system that will help bring new talent into the scene, with tournaments aimed at tier 2 and 3 teams with nice prize pools.

In this article we are going to analyze and discuss the upcoming StarLadder i-League, a tournament labeled as Minor in the new competitive calendar – but don’t let the ‘minor’ title fool you – it’s going to be a very stacked event with some of the best squads in the world, including the TI 7 finalists, Newbee and Team Liquid.

SL i-League will be played in a Lan in Kiev, Ukraine – the competition will start on October 12th and end on October 15th – 4 days packed with the highest level of Dota 2 being played in front of arguably the craziest and most fanatic crowd in the world, the CIS gamers. You can also watch it all from the comfort of your home, via Twitch.tv streams covering all the matches with casts in multiple languages.

The prize pool for minor events for this season is set at $300.000 USD. The distribution between the placements is yet to be disclosed by StarLadder, the organizers of the event, but it is expected that the winning team is going to take home a sum greater than $100.000 USD for their efforts.

Besides the cash prize, the crews are also fighting for something even more valuable this season – every minor and major contest will reward the teams with Pro Circuit points. The reason they are so valuable is that the invitations to next years The International 8 will be based on the Pro Circuit points ranking.

SL i-League will distribute 300 points between the attending squads, with the exact distribution to be released in the upcoming days.

For this event, 8 crews will fly out to Kiev to fight for the trophy and a head start to the TI 8 invites. 2 teams got invited based on their performances on TI 7, while the remaining 6 squads had to battle their way through very tough and stacked qualifiers, one for each region: Europe, CIS, North America, South America, China, Southeast Asia. The 8 participants attending the event are: 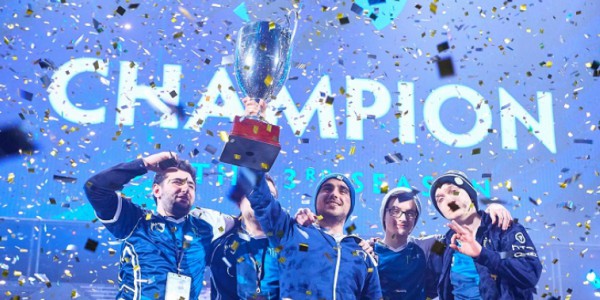 One of the favorites for this event, and that’s no surprise to anyone since they’re the most recent TI winners. They have already proven they have what it takes to beat the other tier 1 squads in the world, but can they find the motivation to give it their best for a $300.000 tournament after having claimed more than $10 million dollars just a couple months ago?

Having Kuroky as their captain, I’m inclined to say they are still hungry for more titles and will try their best to lift one more trophy.

Same as Team Liquid, Newbee took the world by storm with their performances in TI 7. Even though they were the runner-ups, they still pocketed north of $4 million dollars. They might face the same motivation issue that so many other crews have struggled with in the past years, slumping and not showing very good results in the tournaments after The International.

The Chinese powerhouse had no changes in rosters, so their team chemistry will probably be even better than the one they showcased at TI, making them one of the favorites to go deep and maybe even win it all in Ukraine.

This is a squad known to perform greatly during the year but faltering when they get to TI. With Ace replacing MP and FATA– replacing Khezu, the team captained by Puppey is hungry to show positive results and build a stable and competitive roster.

After Liquid and Newbee, I’d put Secret as the 3rd favorites for the trophy, but it’s still unclear as to where their skill lies with these 2 roster changes. We’ll have to wait and see.

One of the teams with the biggest fanbase, Na’vi has been struggling the past few years – the crew didn’t even manage to qualify for this year’s TI. They start this new competitive season with a new roster (still centered around Dendi) and already claiming a win at the CIS qualifiers, showing strength and improvement.

It would do wonders to their morale if they can place high in this competition, especially because they’re playing in their home turf (3 players and the coach are from Ukraine).

The North American qualifiers were extremely tough – in order to qualify for this event, Complexity had to win over teams such as Evil Geniuses, Dire (ppd’s new squad), Digital Chaos and Immortals, all great crews filled with known and proven professionals.

This means we can expect great things coming from this half American, half Swedish squad. With their different approach to the meta, some teams might get caught off guard against them.

The Brazilian organization had a huge roster change post TI (after failing to qualify, despite being the favorites on the South America region). Only 4dr remains from the original roster, which is quite a surprise considering hfn’s great performances during the year, and KINGRDs wide hero pool that enabled the team to focus their picks on the other players.

With that being said, SG will travel to Europe as an underdog, looking to prove that this roster is indeed better than the last one. It won’t be an easy task, considering the former squad had a pretty deep run at a Major (first South American crew to reach a top8 in a major).

The Chinese organization also had a really tough path in their regional qualifiers. China is so stacked right now that squads like LGD and LGD.fy who had amazing performances in TI 7 were left out of this event.

Coming from such a huge victory in the qualifiers, we can expect Vici to show up and be a threat to any team that crosses their path, including the TI finalists. The Legendary LaNm surely has some tricks up his sleeve to show us during the event.

Mineski is one of the underdogs for this tournament (alongside SG). The Southeast Asia region is not as stacked as North America, China or Europe, which means they had an easier path qualifying to StarLadder i-League.

One thing is certain though, you can never count Mushi out of a game. He has the ability and the leadership required to carry games that defy all odds – we have to wait and see how he performs in Kiev.

Thanks for reading and stay tuned for more previews – Dota 2 has a lot of great events coming up in October and we plan to cover all of them! See you in the next article!